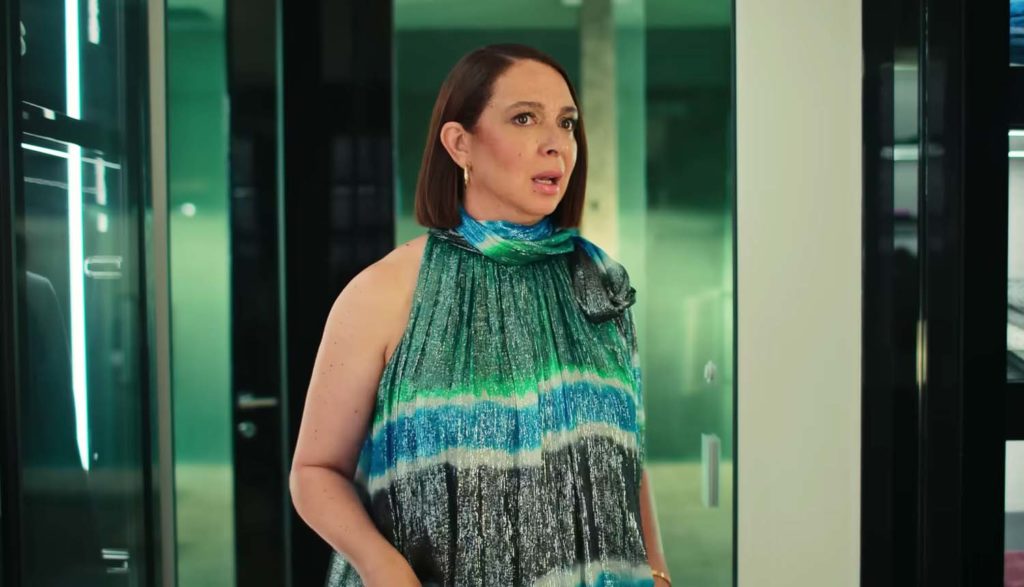 Molly Novak is loaded. She helped her tech genius of a husband, John, start a billion-dollar corporation. In return, he gave her everything she ever wanted.

Closet full of designer clothes? Check. A Lamborghini in every color? Check. A big, fancy boat to take her to her even bigger, fancier boat? Check.

Of course, the one thing John couldn’t give Molly was his fidelity.

That’s right. John cheated on Molly with a much younger woman. And since he and Molly never signed a prenup, Molly got everything—the house, the boats, the cars, the clothes and the 87-billion-dollar fortune.

She travels the world with her friends, partying, drinking, doing drugs, hoping to find fulfillment of some sort. But she realizes that John did give her one last gift when he had an affair: a second chance to discover her own purpose in life.

And she finds that purpose after a good talking to.

But It Can Be Used for Good

Sofia Salinas, who runs a charity that the Novaks started seven years ago, tells Molly that when she parties it up, it looks bad on the whole organization. And she begs Molly to stop.

Molly appreciates the candor, but then she does something Sofia wasn’t expecting. She starts working at the charity.

It isn’t easy for Molly. She’s so out of touch with the work that Sofia is trying to do, she tactlessly brings a fleet of $100,000 SUVs to the ribbon-cutting ceremony of a homeless shelter.

It’s Sofia’s worst nightmare, and she doesn’t really have time to help some rich broad fix herself. But Molly no-longer-Novak—she changes her surname back to her maiden name of Wells—isn’t going to let the fact that her rich husband cheated on her be her only claim to fame.

And Sometimes for Bad

This Apple TV+ series isn’t about some poor rich girl who loses everything and then finds her purpose when she gets divorced. Rather, it’s about a woman who realizes the best thing she can do with her misfortune is to help those who are even less fortunate than she is.

But that positive message is often overshadowed by the show’s foul language and adult themes.

Molly screams the f-word about four or five times when she first finds out her husband had an affair. And while we don’t see any of that sexual content on screen (at least, not yet), people often talk about sex and sexual orientation.

Molly and Nicholas, her gay assistant, like to drink and do drugs. They also like to throw their money around, which, as Sofia points out, can cause more problems than solutions when they don’t take the feelings of others into consideration.

So while it’s nice to see Molly change for the better, the show is still a letdown.

Molly struggles to find her purpose after she learns her husband is having an affair.

People drink and use drugs throughout the episode. While intoxicated, Molly falls into a pool. (We hear she also tried to give someone a lap dance.) We hear someone used to work at a vape shop.

Molly goes partying around the world with her assistant, spending money frivolously. When she wants to stop, her assistant pouts and complains about doing charity work. Molly insults several women at a homeless shelter by bragging about her economic status, making jokes about mental health and showering them in expensive gifts that they could never afford on their own. A man purposely uses his minority status to make people feel awkward.

We hear five abuses of God’s name (twice paired with “d–mit”), and one misuse of Christ’s name. The f-word gets used seven times along with the s-word and “h—.”

A man says he chose to work at Molly’s charity because he wanted better hours so he could spend more time with his daughter after his divorce.