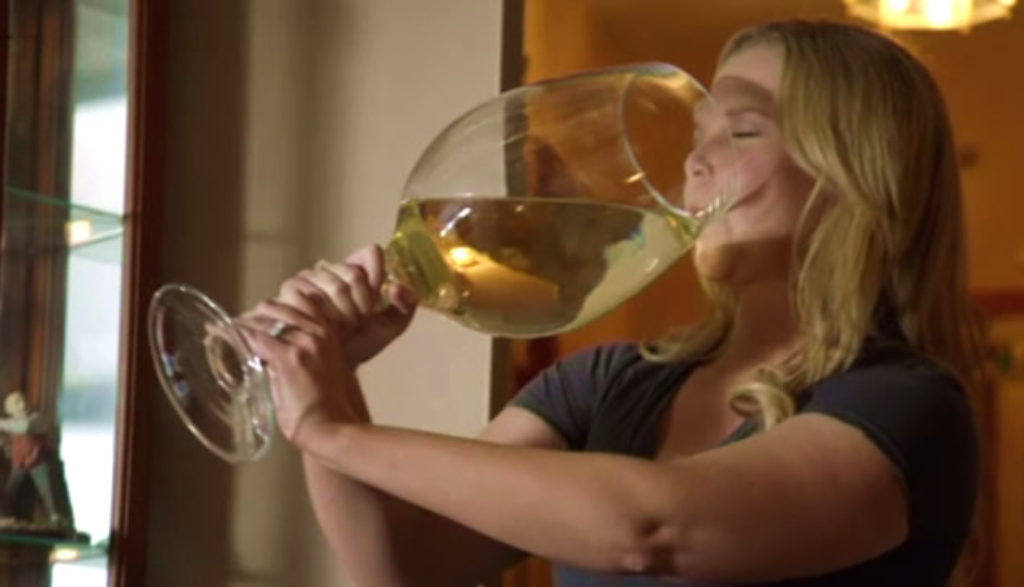 Forget Louie. Sorry, Portlandia. If you’re looking to name-drop the hottest comedy that walks the line between hipster relevance and mainstream success, you’ll have to know something about Inside Amy Schumer.

Creator/star Amy Schumer wasn’t exactly guaranteed a place among the 21st-century funnerati. She’ll tell us—frequently—that she had two strikes against her from the get-go: her sex (not male) and her shape (not supermodel skinny). She appeared in the fifth season of NBC’s Last Comic Standing, finishing fourth behind Gerry Dee, Lavell Crawford and winner Jon Reep.

Heard of them? Yeah, me neither.

But as Schumer’s career has blossomed, it’s growing more clear as to why she might not have excelled on a broadcast competition show: They wouldn’t let her be as dirty as she wanted to be.

That’s not a problem on Comedy Central, where her series Inside Amy Schumer has become a buzzy staple. It’s a sketch comedy that’s part Saturday Night Live, part Louie, part late-night talkathon. Individual episodes might feature celebrity chats, man-on-the-street interviews, skits, spoofs and snippets from Schumer’s stand-up routines—some or all stuffed inside a half-hour timeframe. As such, you never quite know what you’re going to get.

Paradoxically, you also know exactly what you’re going to get: scathing wit and lots of problematic content. How Schumer delivers those elements may change as often as Lady Gaga pulls on a new pair of platform shoes, but the elements themselves remain as constant as a stubborn bunion.

“When a woman talks like a sailor, that’s not hot!” says a character in Schumer’s 12 Angry Men sendup in Season 3—wherein Schumer is on trial to see if she’s “hot” enough to be on television. In this one line, she takes a disarming, self-effacing dig at herself and her own image; she draws our attention to the double standards and sexism we find in the entertainment industry; and she highlights her own filthy humor.

If Louis C.K. invites his fans into his bathroom to see what actually happens in there, Schumer grabs hers by the scruff and forces their heads down inside the toilet bowl.

The entire episode riffs off the 1957 classic courtroom drama 12 Angry Men. Here, a roomful of men debate whether Schumer—seen only at the beginning and end of the episode—is hot enough for a cable television show. “No women are funny,” one jurist says. “But if you have to let them blab they should at least be hot.”

Hindu gods and Islam come up. Jurists smoke. One says that he passes out drinking every night in front of the television. The f-word gets bleeped (at least on some delivery services) nearly 20 times. Always uncensored utterances include the s-word, “b–ch,” “t-ts,” “p—y,” “a–” and “d–k.” God’s name is misused.