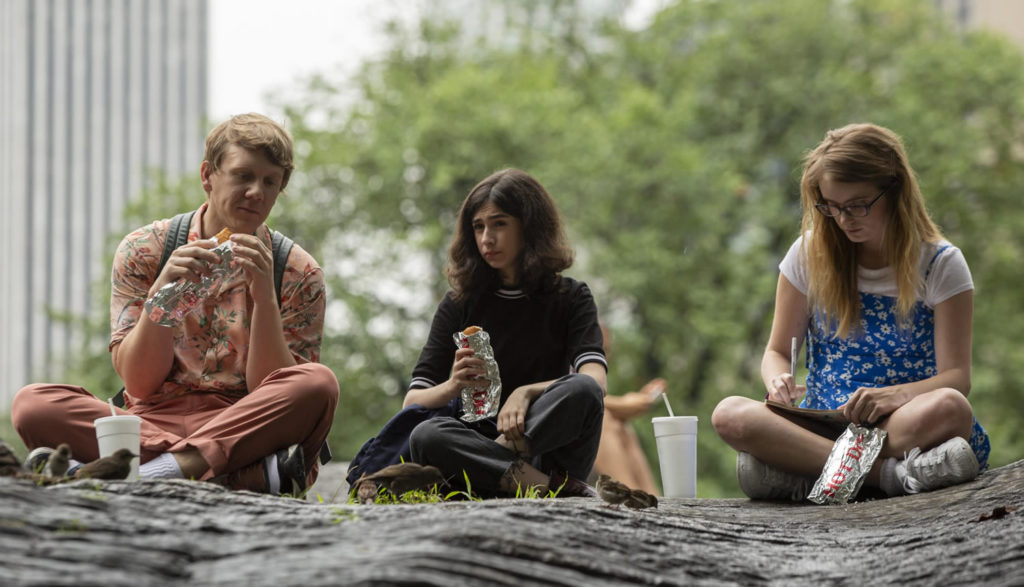 When Nicholas was 12, his dad, Darren, abandoned him and his mom in Australia because months before, Darren had gotten a woman in America pregnant.

It wasn’t that Darren didn’t love or want his son. It’s just that his new daughter, Matilda, had autism, and he felt responsible to give her priority.

Of course, that wasn’t the end of the story. Darren later had a second child with Matilda’s mom and then she passed away, leaving him as the sole caretaker of their two girls.

But even that wasn’t all. Thirteen years after his dad left him, Nicholas takes a trip to the States to visit his father and little sisters. And what should have been a short vacation turned into a lifelong commitment when Darren revealed he has cancer and was dying.

Now that Darren has passed on, Nicholas is the guardian of two teenage girls—a responsibility he volunteered for, mind you—but he doesn’t have a clue what he’s doing.

Beyond the normal parenting struggles, such as how to handle younger sister Genevieve’s first period and Matilda’s growing interest in boys and sex, Nicholas is also trying to navigate his own relationship struggles. (He’s gay.)

We see sexual situations on screen (including situations involving same-sex couples and teenagers). Language is profane (including uses of the s-word). And some jokes about autism, homosexuality and death won’t sit well with some audiences.

The show has been lauded for giving agency to Matilda as a young autistic woman as well as other neurodiverse characters. And while at times this can be praised—such as when Nicholas allows her to attend Juilliard despite the issues she may experience while living alone in a big city—at other times, it’s cause for concern.

Early on, Nicholas and some other adult characters debate whether Matilda was raped at a party since she was drunk, crying, underage and autistic. She insists that she is “OK” with what happened and doesn’t believe it was rape since it wasn’t violent. But it also demonstrates just how out of his element Nicholas is when it comes to making safe decisions for the girls.

So while the show’s title insists “everything’s gonna be okay,” it’s probably not OK for most families to watch.

On the anniversary of Darren’s death, his kids commemorate his life.

Two men cuddle and kiss several times throughout the episode. They also go offscreen to have sex. (We later see them lying in bed together with one shirtless.) Genevieve and Matilda talk about their sexuality, male and female genitals and condoms. (Matilda recently broke up with her girlfriend after realizing she isn’t gay.) Someone asks Nicholas if he’s worried he’ll look gay. A girl says the internet is responsible for her sexual education.

Nicholas drinks wine. People process grief. We hear uses of the s-word and “h—,” as well as a few misuses of God’s name.