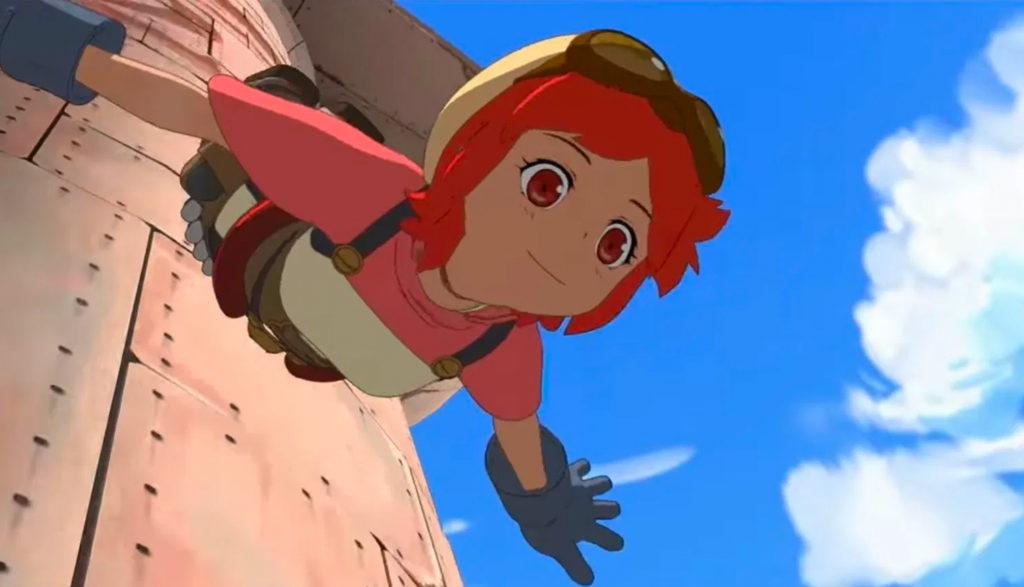 But for the robots of Eden 3, there is no clear beginning. For hundreds of years, they’ve been alone—planting crops they have no need for, picking apples they can’t eat. They work a lot and wonder a bit about what purpose they have, just who and what they work for.

Oh, there are rumors, of course. Some robots believe that they were created by creatures called humans sometime in the distant past. A few have found suggestive artifacts, and a handful of believers meet in secret—contemplating those whom they believe must be their exalted creators. They believe that these humans will one day come back and save them all.

But those faithful are few, and they’re getting fewer all the time. Zero, leader of Eden 3’s security force, is trying to root out this old myth and exterminate it for good—rounding up believers and summarily reprogramming them.

But Zero now faces a new threat. A human—not an old doll or hologram, but a real, live girl—has turned up on the planet’s surface. Raised by two kindly robots who knew better but couldn’t help themselves, Sara Grace is a teen now. She’s full of questions herself: Why is she the only human in a world full of robots? Is she the only human out there? And as the robots contemplate their purpose, she wonders whether she might have one, too.

If only Sara can find that purpose before Zero finds her.

Netflix and anime go hand in hand—or, at least, so Netflix would like you to think.

The streaming giant is home to plenty of anime shows, many of which were unknown in the United States before landing on the platform. According to the service itself, more than 100 million households watched at least one anime show on Netflix last year—a dramatic, 50% increase over the viewers who watched something in this animated genre the year before. And Netflix is expanding its anime offerings rapidly.

That wealth of available anime shows can have plenty of downside, of course. While Western animation tends to be cartoonish and often kid-friendly, anime often skews toward mature audiences. Sex, violence and adult themes are often part of these animated stories, and many feature some pretty provocative spiritual themes, too. A quick look at this year’s R-rated Demon Slayer movie offers a hint at what anime audiences can be exposed to (and, in truth, the content can be quite a bit rougher, too).

But Eden doesn’t go that route. While the show might not be as fresh and clean as the original Eden, pre-fruit consumption, it minds its manners pretty well. Teen Sara’s outfit is a bit revealing, but no more so than characters you’ll find in your average Pokémon series. Some of the humor can get a bit crude, but it’s less preoccupied with bathroom humor than many Nickelodeon shows I could name. And while Sara is sometimes imperiled, most of the actual violence we see is directed at robots.

But the show’s themes do demand a bit more attention. Eden comes with a strong environmental message; without giving the game away, there’s a reason why humankind eventually vanished a millennia ago, and it’s humankind’s own fault. Moreover, the show’s quasi-religious bent—with humans worshipped by some robots as all-knowing, very powerful creator gods—might warrant both a parent’s eye and perhaps a healthy discussion. The fact that apples are everywhere in this Eden suggests that these spiritual themes are no accident.

But those issues, compared to many anime offerings, are mere quibbles. This show may not be an unspoiled entertainment garden, but it’s less fallen than most.

Two robots, designated E92 and A37, discover a pod containing a real, breathing, human—something that had long been dismissed in the robotic community of Eden 3 as a myth. E92 knows the sort of trouble this human baby (Sara Grace) could bring them, and he advises A37 that they should just leave the thing. But A37 takes a liking to the creature. And soon, out of necessity, the two leave Eden 3 and find a secret community of robots where Sara can be safe. At least, safe until Sara turns into a teen, hears a distress signal from Eden 3 and runs off to see if she can help.

Eden 3 is, presumably, not friendly to humankind. The head robot there, Zero, is certainly antagonistic to robots who believe in humans. We see several such ‘bots apprehended and zapped into robot-unconsciousness, apparently prepping the way for “reprogramming.” E92 frets that if just believing in humans can get you reprogrammed, harboring an actual human could lead to a much worse punishment. When Zero detects a human presence, he demands that the creature be eliminated.

Some gigantic robots battle each other (perhaps as part of a flash forward). Sara, as a teen, wears a top that bares midriff and a bit of cleavage. When she lashes out at her protective father-figure robot, E92, it frets that Sara could be “malfunctioning.” We hear about how when Sara broke her arm, it took “months for it to repair itself.”

Robotic belief in humanity can feel a bit like spiritual worship. When Sara sneezes on E92, he freaks out, saying that it’s a “harmful organic substance.” Later, Sara seems to vomit off camera, which E92 also deems as dangerous.