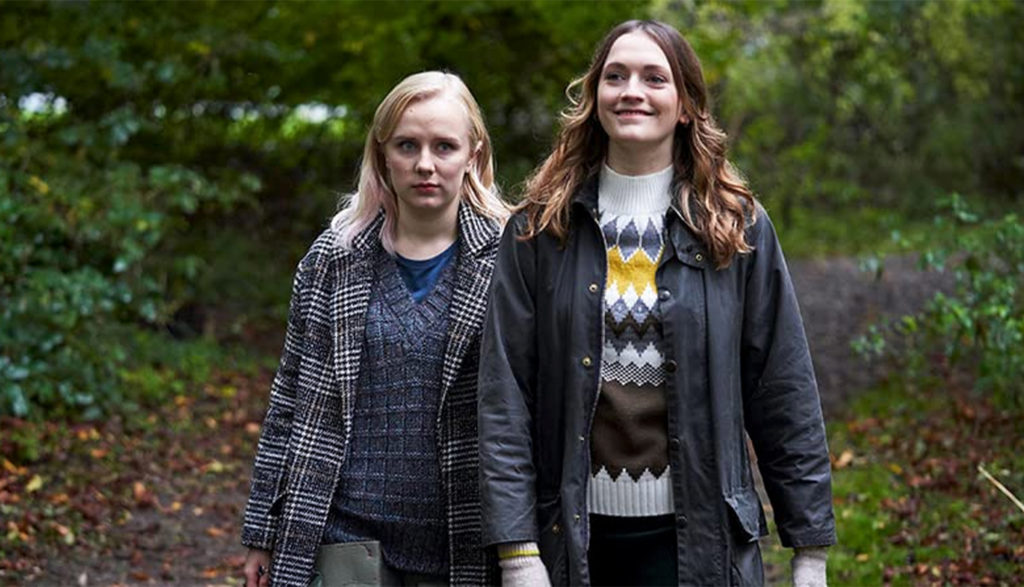 What is it about video games that draws people in? Is it the graphics? The storyline? The camaraderie built with other online players? Well, for best friends Meg, Nicky and Usman, it’s a bit of all three … and maybe a chemical component, as well.

“When I have enough experience points, I’ll level up, and there’ll be a little red banner on screen and a tinging sound,” Nicky says. “And it’ll trigger a tiny dopamine rush in the mesolimbic pathway of my frontal lobes, and for that second, I will momentarily forget about death.”

Yeah, it’s a bit dark. But for these hard-core grinders obsessed with the online role-playing game Kingdom Scrolls, gaming is life. So much so that it actually interferes with their real, day-to-day lives. Meg struggles to find love since she skips out on dates to address gaming emergencies. Usman fails to find a healthy balance between playing the game and caring for his children. And Nicky—well, you saw what he had to say.

Like the characters at its heart, this CW show revolves around a video game. So we might as well begin there.

Kingdom Scrolls has all the same issues that most real life massive multiplayer online role-playing games do: violent deaths via beheadings and monster attacks (complete with pixelated bloodshed), inappropriate costumes on female avatars and a certain cavalier attitude towards murdering other players in the game.

Language is also pretty foul. When the show made the jump across the pond from the United Kingdom (where it originally aired in 2019) the CW decided to bleep out the harsher profanities, such as the f-word and s-word. However, it’s still pretty obvious what is being said, and we hear plenty of other profanities, including predominantly British ones  such as “bloody,” and “slag.”

And although it seems like we might be spared any nudity or sex scenes at this early stage, sex is not wholly absent from the show. Meg doesn’t hold back when talking about her desire to engage in the act with various men—the details of which it seems her friends would prefer to be spared. For anyone immersed in gaming culture, Dead Pixels will likely feel familiar and entertaining. However, even those who have been grinding at games for years—leveling up, collecting fictional gold and laying siege to castles—may find that the show is a little too graphic.

Nicky continues to relentlessly pursue his obsession with loot crates, and Meg’s gaming addiction begins to take a physical toll on her. Usman attempts a new strategy in his never-ending battle to play Kingdom Scrolls without his family’s interruption.

Alison makes several sexual innuendos regarding her relationship with her new boyfriend Jay, and she encourages Meg to pursue a coworker that she’s sexually interested in. She later discovers that Jay is actually married, but it doesn’t deter her. Russel takes over Nicky’s avatar and gives it a female torso, which he displays to the other players by taking off his avatar’s shirt and revealing the bra underneath. “I think I’ve solved the trans debate,” he announces proudly. Alison walks in on Nicky in the shower, though all nudity is blurred. Russel discovers an ability that allows his avatar to fart, which he employs repeatedly.

Nicky develops an attraction to another female player whose avatar brutally murders him. Usman remarks, “I think she just pulled out your guts through your anus.” Other sexual references are made, including ones to both male and female genitalia.

Animated violence in Kingdom Scrolls continues. Nicky and Usman’s avatars beat up seals on the beach, causing small amounts of pixelated blood to spray. Another player stabs Nicky’s avatar repeatedly with a sword, then rips out his spinal column (offscreen) and beats him with it.

A pest control worker who comes to Usman’s house sees him playing Kingdom Scrolls and says “praise be to the Nine” in reference to the game. Meg compares selling your avatar in the game to selling your soul, to which Nicky responds, “I don’t believe in a soul, Meg. I’ll sell anything.”

The word “a–” is heard once, and God’s name is taken in vain six times. Other harsher expletives are censored.

After what Nicky refers to as an “eight-month-long content drought,” the new expansion pack for Kingdom Scrolls finally drops—and it’s not at all what the gang anticipated. The update brings in a huge number of younger players, upsetting Meg and Usman, and Nicky develops an addiction to loot crates (in-game mystery boxes that can be bought with real-world money.)

One of the new updates in the expansion pack is the introduction of a race of “carp people,” whose top halves are fish and bottom halves are human. Usman wonders how they use the bathroom when they don’t have arms, and the carp people wear thongs on their human legs. A shirtless man is seen in an in-game cutscene. Meg’s avatar also wears a low-cut top. Alison, Meg and Nicky’s roommate, asks them not to urinate in any of her nice drinking glasses while she’s on vacation.

Kingdom Scrolls features some mild violence. Animated blood spurts as the characters defeat enemies in the game. Meg, Usman and Nicky trap the kids that have joined the game in a maze and release a multi-eyed monster that rips apart their avatars. Nicky also incinerates the avatar of Meg’s coworker Russel, and he tells his friends proudly that he killed Alison’s 7-year-old nephew in the game to steal his money.

Meg drinks gin while lamenting over her disappointment in the expansion pack. Usman makes a reference to “crackheads.”

As with other episodes, most of the profanity is censored, though the viewer can easily infer what they’re saying, including f-words and s-words. British expletives such as “bloody” and “b—-cks” are used. The young players in the game tell Meg to “p-ss off” and “go die in a hole.”

When Meg meets a new guy, Russell, at work, she introduces him to Kingdom Scrolls in the hopes of securing a date with him. However, after realizing that Russell is a terrible player, she and her friends hatch a plot to murder his avatar and steal his gold for their own purposes.

People talk about sex in graphic detail, using a variety of euphemisms for male and female genitals as well as the act itself.

Within the online game, we see characters torn apart by monsters, bludgeoned, beheaded, crushed beneath boulders and a variety of other bloody deaths. We also see female avatars in revealing outfits. (For instance, a massive, green, Amazonian character wears only a bra and thong.)

Meg and Nicky play Kingdom Scrolls during work, hiding their computer screens whenever their bosses walk by. Usman neglects his children while playing the game, locking one in a playpen and ignoring the other’s request to help her with eyedrops.

After killing Russell’s character, Meg feels bad, realizing that he was truly hurt by their actions, and agrees to teach him how to play the game properly. Someone accidentally implies that a woman burned to death. Meg is rude toward her successful roommate.

Characters obviously say both the f-word and s-word, but all are bleeped out. We also hear “p–s,” “bloody” and “slag,” and God’s name is misused several times. Someone’s online handle is pretty crass.