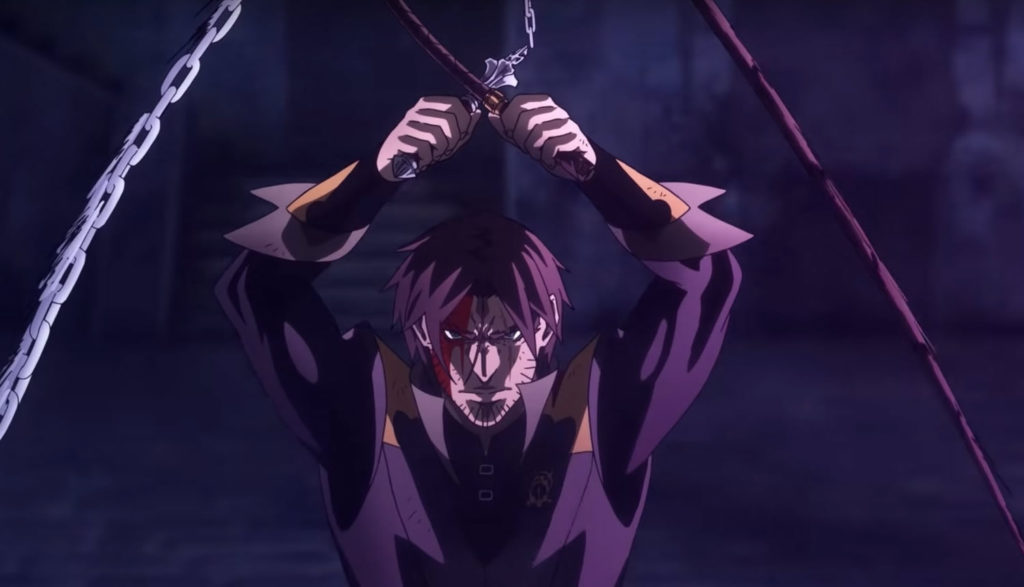 Here’s the thing about making vampires angry: They hold grudges.

Take Vlad Dracula Tepes, the country of Wallachia’s homegrown boogieman. For years, he kept to himself in his castle, all the impaled skeletons planted in his front yard serving as a “no solicitors” sign. He didn’t want much to do with humanity—nor they with him—until Lisa, a would-be doctor from a nearby village, stopped by looking for “secret knowledge.” Oddly, they hit it off. And the next thing you know, they’re married, with Dracula seemingly swearing off hemoglobin hors d’oeuvres forever.

About 20 years later, the local bishop stopped by the Tepes house while Vlad was out of town and saw a bunch of science-y stuff scattered about. Well, science equals witchcraft, as anyone in Wallachia knows, and witches are entitled to a complimentary burning at the stake.

Did I say entitled? Sorry. It’s more of an obligation, really.

Dracula was not pleased with his wife’s death, naturally (unnaturally?), and now the people of Wallachia are paying mightily. The vampire has summoned a diabolical army, and it’s working its way through the country, town by town, slaying every living being Vlad’s minions can sink their claws into. Dracula won’t rest until the soil is steeped in blood, the ground covered in corpses, the air filled with the stench of decay.

Unless, that is, the handsome-yet-disgraced vampire hunter Trevor Belmont, a nomad magician named Sypha Belnades and Dracula’s own son, Adrian “Alucard” Tepes, can put a stop to the carnage.

From Button Masher To Blood Gusher

Netflix’s show Castlevania is based on something almost as old as Dracula himself: Konami’s mostly beloved Castlevania video game series.

The franchise came into being way back in 1986, when mullets were hip, video games restricted themselves to an 8-bit diet and game plots were something of an afterthought. The original Castlevania pitted Simon Belmont and his vampire-killing whip against Dracula and his monster-filled castle. The Netflix show seems to be, I guess, “based’ on 1989’s Castlevania III: Dracula’s Curse.

But Netflix’s subscribers presumably demand a bit more than a linear 8-bit story these days, and they want more graphic graphics.

Boy, is this version graphic.

Castlevania has transmogrified from its videogame roots into a lavish, anime-style production 31 years later, complete with many of the problems that this oft-adult form of entertainment can entail.

Or should I say entrail? Because we certainly see a lot of those. Spines are ripped from bodies. Heads are bashed against walls. Blood runs like bathwater. Language is extraordinarily foul—certainly like nothing we would’ve heard in the original game or even in 15th-century Wallachia, I’m sure. And while the show hasn’t animated any sexual acts as of yet, the very first episode offered a pretty graphic spoken interlude involving bestiality.

All of this, of course, is deeply problematic—particularly for younger viewers who might scan their Netflix cues and stumble onto something that looks like a tween-centric cartoon.

But it gets worse.

I Vant To Turn Off Zee TV!

While Dracula is the show’s primary antagonist, Castlevania’s real villain is, apparently, the Church.

It was the local Bishop, after all, who burned Dracula’s wife at the stake as priests scowled and brandished crosses. Lisa cries out in anguish to her absent husband, “Don’t hurt them! They don’t know what they’re doing!” (Purposefully reflecting Jesus’ own pleas from the cross, naturally.) Crazy for the bishop to think that she’d be in league with the devil when she’s only married to, y’know, a guy whose house is surrounded by the corpses of his murdered victims and has the power to call up an army from the “guts of hell” …

And what about those naive, superstitious peasants? Thank goodness that Lisa and her husband had shoved aside all that superstition nonsense in exchange for rigorous, secular science! Like, um, vampirism and necromancy and monsters, and, oh yes, the blood raining from the sky …

Yes, the only real theological consistency we get from Castlevania is that anything smacking of Christianity is the real devil here. The vampire who’s already killed hundreds of people and wants to kill lots, lots more? Well, he lost his wife, poor guy. Sure, he overreacted, but hey, he’s a victim, here!

The original Castlevania game looks pretty rudimentary to us. It’s simple. It’s a little silly. It certainly wasn’t made with the sort of technology available to us today. But even so, it’s worth more of your time than the Netflix show that it inspired.

Following Dracula’s defeat in Season 2, the forces of darkness move to fill the power vacuum left behind. Trevor and Sypha head out on their own to destroy what’s left of Dracula’s forces while Alucard stays behind to protect the Belmont library and Dracula’s castle from would-be looters.

Sypha and Trevor gut and blow up monsters using conjured fire and ice, swords, and a whip made of chains. Trevor breaks one monster’s leg, exposing the bone and bends the creature’s head back until its neck snaps. A man with a bloodied and bruised face is forced to walk barefoot through the snow for 30 nights. He is thrown into a jail cell naked (we see his rear) and ice water is tossed onto him. A vampire woman drinks “virgin’s blood” from a goblet.

Local monks have abandoned the church’s beliefs to support what is left of Dracula’s horde. People drink wine and beer. A man is forced to eat moldy bread. We learn that Sypha and Trevor are sexually involved through dialogue. There is a verbal reference to bestiality and male genitalia. We hear the f-word twice and the s-word once, as well as a few uses of “bloody,” “b–tards” and “h—.” God’s name is also misused several times.

In 1455, wannabe doctor Lisa visits Dracula in his castle, looking for “secret knowledge.” The two hit it off, and Lisa tries to encourage Dracula to “like people again. … or to stop putting people on sticks,” at least. Alas, 20 years later, it’s Lisa who’s on a stick—a burning one set in a cathedral, where she’s being executed as a witch. The fire consumes her until all we see is a charred skeleton that collapses into the fire (as people cheer). When Dracula learns what has happened, he swears to kill every person in Wallachia—calling up an infernal army to make good on that threat.

The army, consisting of (at this point) gargoyle-like creatures, begins its murderous mayhem. People are gashed and torn. Body parts fly. We see spines and organs on the ground. The remains of one victim consist of just his head and shoulders. People are thrown into walls or dropped from great heights. Blood rains from the sky, bodies that look like fetal dragons pound the people like massive squishy hailstones. The local cathedral blows up. Elsewhere, we see seemingly hundreds of skeletons skewered by impaling stakes. Someone stabs a bat. Dracula himself claws through someone, and animated blood covers the screen.

In a bar, two patrons graphically and obscenely discuss an instance of bestiality, followed by the hint of more such activity. People guzzle beer as well.

Dracula gives the townspeople a year “to make peace with your God,” but holds a cross himself at one juncture. An evil bishop longs for more time on earth. “Wallachia could be God’s own country if I had time to burn out all the evil that hides here,” he says. The archbishop of Wallachia says that a year after Lisa was executed, that the punishment was “God willed” and that he’s never felt the love of his Creator more. Crucifixes are brandished. Choirs sing. The reflection of a cross in a puddle of water is stepped on. We hear four uses of the f-word, and two each of the s-word and “b–tards.” God’s name is misused twice as well, and Jesus’ name is also abused.