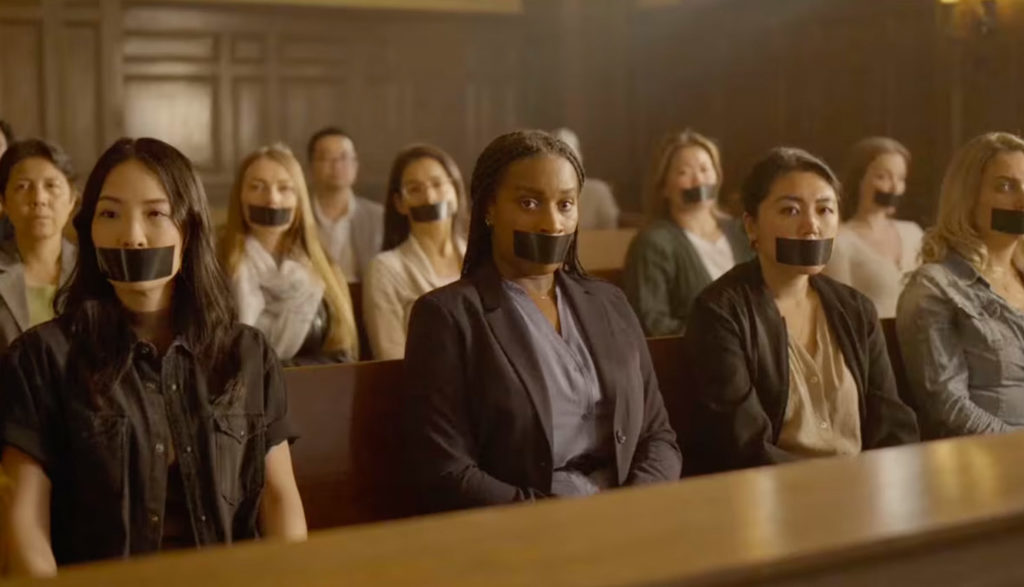 Yeah, yeah, we’ve all heard it before. All the evidence piles up against someone, and they have the audacity to claim that they’re “not guilty.” We smirk at the claims when we hear them—of course they did it! Who do they think they’re fooling?

Except, sometimes, they genuinely did not do it. Sure, they might’ve done something, but something illegal? Maybe, maybe not. And, in Accused, it’ll be up to the court to decide if such is the case for the subject of each episode.

Fox’s Accused is an anthology series following the fictional stories of “ordinary people getting caught up in extraordinary situations.” They’re not the kind of people who premeditated anything. They just found themselves in a tough spot and acted based on what they thought was best.

But not even good intentions can guarantee that you’ll stay out of prison.

The series’ first two episodes released in mid-January 2023, with more on the way. Based on those premiere episodes, viewers should expect a bit of watered-down violent content and light swearing in this TV-14 series. And by “watered-down,” we mean that horrific violent actions still occur, but the camera cuts away rather than focusing on them. Based on the show’s trailer, upcoming episodes may include more violence, politically-charged messages and sexual content.

Accused offers a unique take on your standard legal drama, one that seems to be focused on helping viewers see that not every defendant is as heartless as you might think. But while you won’t come out of Accused feeling like you just walked through a crime scene, you certainly may see a bit more violence than you’d like.

Scott must decide how to deal with his son when he discovers that he might be plotting a violent attack against his classmates.

[Spoiler Warning] Scott’s son, Devin, commits a school shooting. We see one dead girl zipped up in a body bag, and a news report scroll mentions that eight people are dead and around 30 have been wounded. Devin’s accomplice is seen bleeding from a wound, and Devin puts the barrel of his gun into his mouth. The camera cuts away, but we hear gunshots, and it’s clear Devin has committed suicide.

A man shoots Scott with a paintball gun, calling him a murderer. After struggling with Devin’s violent tendencies, Scott admits to thinking about the relief he would feel if he heard that Devin had died in a car accident. Later, he takes Devin to a cliffside, intent on pushing him to his death, but he backs out of it. Scott operates on a girl at a hospital, and we briefly see the incision and resulting blood.

Devin is bullied at school, and “creep” is painted on his locker. Devin threatens a girl on social media, posting “how your smile would look after I throw acid on your face.” Scott views old home videos of Devin, where Devin commits increasingly violent acts, including keeping a bird stuffed in a shoebox and holding another kid underwater for a long period of time. We later see him chucking rocks off a bridge, attempting to hit the passing cars beneath him.

Devin also plays a virtual reality game where he shoots a couple of people, and their heads explode into video-game chunks. In a journal, Devin writes of his plans to hurt people, and there’s a drawing of a person with their limbs severed. There’s also a photo of a girl with her eyes X’d out. When the neighbor’s dog goes missing, Scott confronts Devin about it, and Devin asks if Scott thinks he fed the dog poison before bashing its head in with a hammer. (The dog eventually is found, unharmed).

A man drinks alcohol. A woman wears a nightgown that exposes some cleavage.

God’s name is abused four times. We hear “b–ch” twice, and the words “h—” and “crap” are both used once.

Parents Max and Jenny plan to give their deaf baby a cochlear implant. But when the similarly deaf surrogate mother Ava learns of their plan, she takes drastic measures.

Ava views a graphic photo of a surgical incision. She’s agreed to a gestational surrogacy, and we see and hear her water break as she goes into labor. There’s a scene of her giving birth, and we later hear discussions about the effects of postpartum depression. We also discover that Ava got pregnant while in high school, and the baby was later adopted. Ava kisses her boyfriend.

Max throws an object in anger and immediately apologizes. We hear Ava’s mother dismiss Max and Jenny, saying “just because you rented my daughter’s uterus” doesn’t mean they can speak to her in a negative tone. Jenny laments not being able to give birth due to cervical issues.