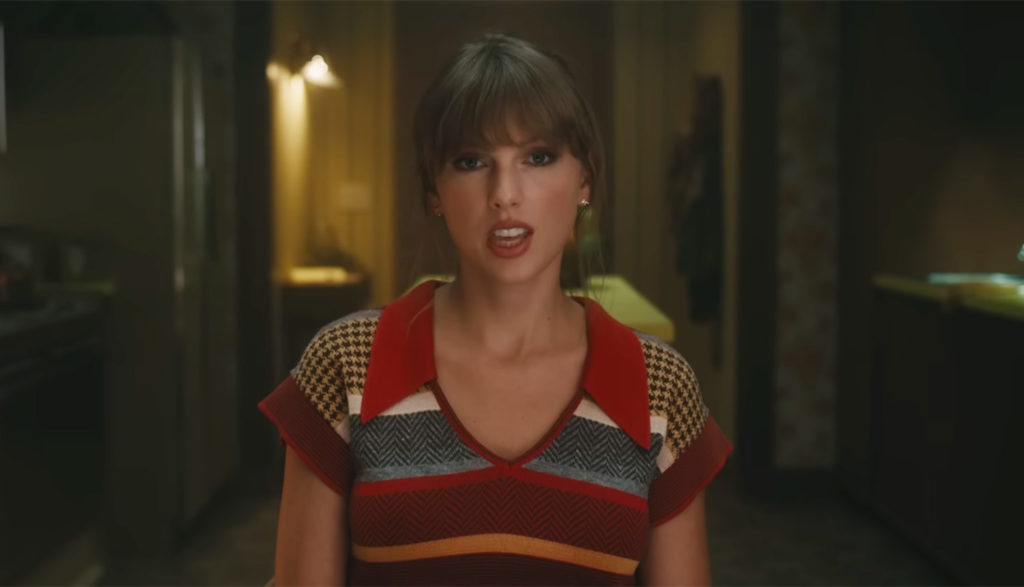 To no one’s surprise, Taylor Swift’s Midnights album swept the country after its release, earning her, once again, near universal acclaim, plenty of records and likely a bunch of new fans.

But even though Swift’s swift success following each album release is old news, she still manages to raise the record bar each time. Take the fact that the album cemented her as the first artist to hold all of the top 10 spots on the Billboard Hot 100 songs chart—ever. And as of publishing, Swift takes 13 of the top 14 spots on the Billboard Global 200 songs chart (only interrupted at number six by Sam Smith and Kim Petras’ “Unholy”). The worst performing song on Swift’s 20-song album, “Dear Reader,” sits at 45th on the Hot 100 and 37th on the Global 200.

We touched on “Anti-Hero” in our review of the album. But given its massive success, we want to offer a more thorough look into Swift’s most popular—and somewhat controversial—song.

At its root, “Anti-Hero” offers an introspective look at one’s own weaknesses and struggles. Swift has never been afraid to write songs calling out others (many of whose subjects have more-or-less been confirmed). But in “Anti-Hero,” Swift turns the tables against herself, admitting that she also causes some problems rather than maturing past them (“I have this thing where I get older but just never wiser”). Swift suggests that sometimes we prefer to be blind to our own flaws rather than addressing them head-on (“I’ll stare directly at the sun but never in the mirror”).

The song’s video doubles down on these introspective and confessional lyrics. In it, various versions of Taylor Swift interact with each other and with other people. By the end of the video, these different expressions of her personality seem to make peace with one another, perhaps indicating that she’s coming to terms with her past and moving on (though this is only evident in the music video and isn’t reflected in the song lyrics themselves). As Swift said on Instagram regarding the song, “We all hate things about ourselves. It’s all of those aspects of the things we dislike and like about ourselves that we have to come to terms with if we’re going to be this person.”

Another controversial element of the video shows one version of Taylor on a scale, while another version looks at the number and scoldingly shakes her head. While that could be seen as an honest admission about the challenges involved with maintaining her celebrity image, many have suggested that this scene in the video is “fat shaming,” while others have praised her for having the courage to deal with her own body-image struggles so honestly.

In fact, the video originally showed the scale reading “Fat” when she steps on it, an image that has since been removed due to the apparent backlash over it.

While we can appreciate Swift’s introspective and honest look at herself, the song’s lyrics provide little relief when it comes to dealing with insecurity. Her somewhat bleak personal confessions leave us feeling a bit down, with little encouragement to consider what we might improve. Instead, the fatalistic vibe in “Anti-Hero” suggests that our flaws are simply part of who we are and impossible to change (“I’m the problem, it’s me/At teatime/Everybody agrees … /It must be exhausting always rooting for the anti-hero”).

The video also features some mock violence (Swift’s shot with an arrow in the chest and “bleeds” purple glitter). And when she drinks too much (several scenes involve alcohol), she likewise vomits the same purple glitter.

The video also imagines how her future children and their families might remember her after she dies. The song cuts to a dramatic, campy vignette at the reading of her will (with yet another version of Taylor listening in the coffin). It shows her children fighting bitterly over her will.

We hear a censored f-word, and we see the cruelty of her sons and daughter-in-law as they reveal they only came to the will reading to claim Swift’s assets rather than because a genuine connection to her. After a son discovers that Swift has only left them 13 cents, he says “She’s laughing up at us from hell.”

This part of the video fleshes out these lyrics from the song: “I have this dream my daughter-in-law kills me for the money/She thinks I left them in the will.”

A few of Swift’s outfits in the video are a bit revealing as well.

There’s much to be said about how a bright spotlight can make us feel like we’re alone in the dark. And as Swift and many, many artists testify, fame can often result in feeling more like an elevated and isolated monster—that “life has become unmanageably sized,” as Swift puts it in an Instagram post. After all, when so many people look up to you, it can make you feel like any mistake is letting them down.

Perhaps the reason why “Anti-Hero” has performed so well is because many of us can resonate with that feeling of depressing isolation with only our own intrusive thoughts to keep us company—when the ghosts of our past like to remind us that we aren’t perfect. In the music video, Swift accentuates this with various insecurities of her own, describing herself as a “monster on the hill/Too big to hang out.”

By the end of the music video, Swift deals with her varying representations shown throughout the track, and she seems to accept herself—with the good and bad parts included. Swift mentions that the song is, indeed, about coming to terms with everything that makes up who we are. We just wish that final idea of self-acceptance was more present in “Anti-Hero” itself, as listeners who don’t seek out the music video won’t get that resolution based on the song’s lyrics alone.