What a Man Gotta Do The Jonas Brothers are ramping up for 2020 with a forthcoming album and their new single, “What a Man Gotta Do.”

This catchy, pop-infused track finds each of these three guys happily married and asking their wives just what it is they’ll need to do to keep them close and love them forever. It’s a fun, dance-around-the-house kind of tune that places marriage and commitment front and center.

The married trio begins by flattering their wives (“I’d move the Earth or lose a fight just to see you smile/’Cause you got no flaws, no flaws”), validating their worth (“You ain’t tryrna be wasting time/On stupid people in cheap lines, I’m sure”) and reassuring them that half-hearted commitment is out of the question (“I’m not tryna be your part-time lover/Sign me up for that full time, I’m yours, all yours”).

If you’re just listening to the song in isolation, you won’t find any issues as the brothers are declaring their love for their spouses. But if you’re watching the music video, you’ll definitely see some of the guys dancing around in their underwear, replicating moves from the ’80s.

Joe Jonas and his wife, Sophie Turner, spin around a high school dance floor in a scene imitating the movie Grease. Nick and his wife, Priyank Chopra, dance around the house in long sleeve dress shirts and undies, just like in Tom Cruise’s Risky Business. And the eldest of the bunch, Kevin, stands outside (also in a shirt and underwear at one point) with a boombox like the one John Cusack hoists in Say Anything, trying to get his wife’s attention (who, by the way, sports a silk nightgown). As for foul language or problematic lyrics? You won’t find them here. And if you focus solely on the track itself, you’ll simply hear three men talking about just how much they love their wives. 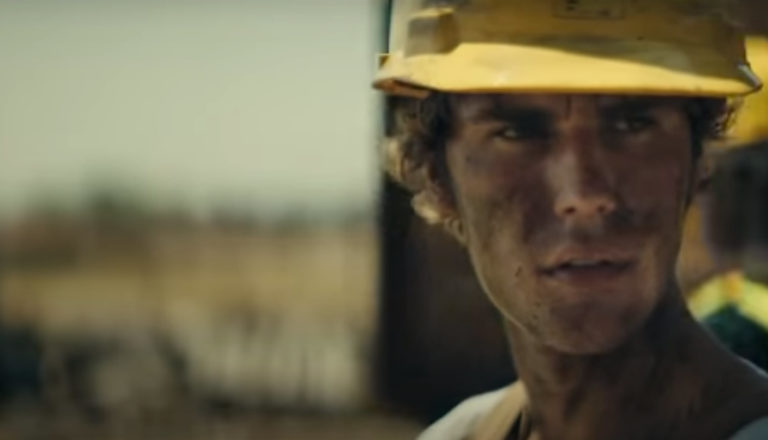