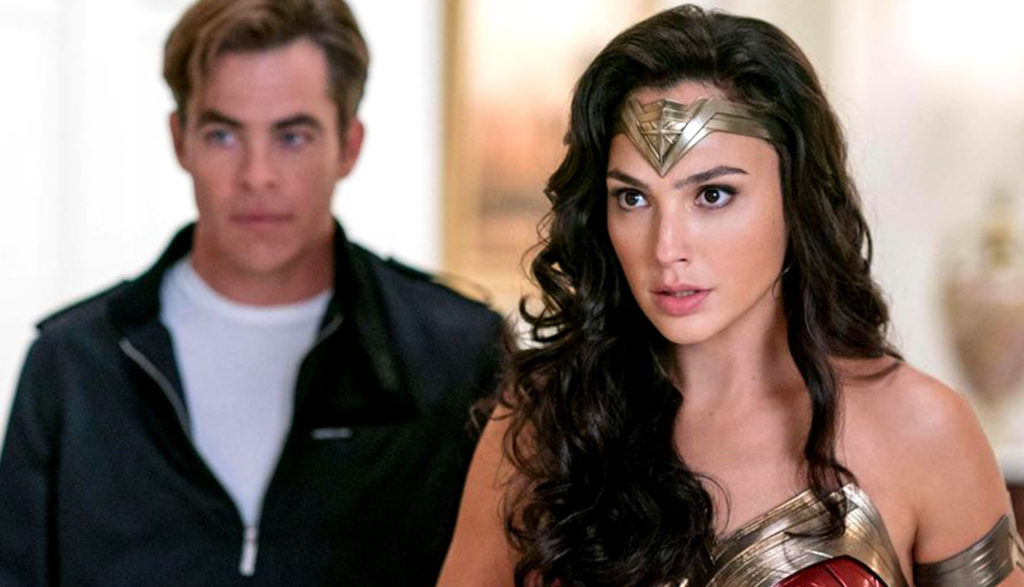 Even superheroes have hidden wishes.

For Diana Prince, aka Wonder Woman, that wish isn’t as difficult to guess at as one might think. After all, she’s lived a pretty solitary life after losing her first love, Steve Trevor, so many years ago.

It’s not like she hasn’t had any attention from members of the opposite sex. I mean, hey, she’s as dazzlingly beautiful, astonishingly brilliant and sleekly classy as you might imagine a Themyscirian Amazon to be. But being nearly ageless doesn’t bode well for long-term relationships in a human world.

So, she’s been living a fairly lonely life in Washington, D.C., her apartment littered with pictures and reminders of friends and loved ones now long gone. She works at the Smithsonian, when not out saving lives in her form-fitting red and blue armor.

One day, though, her interest is piqued by a strange stone that’s sent to the museum by the FBI, after being found in a black-market stash of antiquities. Diana meets the museum’s mousy gemologist, Barbara Minerva, and the two strike up a friendship while examining the relic and its strange Latin inscription.

That inscription promises to grant one great wish to whoever holds the stone. For Diana that would be for the return of her only love, Steve Trevor, who sacrificed his life to save others in the waning days of World War II (in the first film). For Barbara, it would actually be to become a lot like the incredibly graceful Diana. They both make their inner-voiced wishes while publicly snorting over the silliness of the idea.

But what if the stone can grant wishes?

What if one’s deepest desires could come true?

What if anyone, good or evil, could touch the stone and walk away with anything they longed for? It’s only later, after Diana, Barbara and others have had their wishes granted, that this question comes to mind: At what price do wishes, even superhero wishes, come true?

Wonder Woman 1984 suggests that greatness isn’t always the glory-filled mountaintop experience you might think it is. Often, being truly great requires a lot of self-sacrifice and effort on someone else’s behalf. And true acts of bravery often require “patience, diligence and the courage to face the truth.”

We’re also told that life isn’t always fair. It can be painful and lonely. And others can appear to have it far easier that you. But in spite of that, life is rich. Even in the face of incredible loss, life can offer so many good things if you merely make the effort, and take the time, to reach for them. “No true hero is born from lies,” a tween Diana is told after taking a shortcut in an Amazonian competition. Indeed, the film strongly emphasizes the importance of truth as a bedrock

We see Barbara give food to a homeless man and do other nice things for people before her personality changes after gaining her wish.

Elsewhere, in spite of his many flaws, a manipulative man eventually steps away from things he’s gained to show his love to his son. The conclusion ultimately reinforces the notion of how important fathers are, and that a bad dad can do damage to a son that reverberates down through the generations; a good dad, meanwhile, takes responsibility for his mistakes and doesn’t embrace perfection as a standard for himself or his children.

There is, of course, a nod to Greek gods here, since the fictional Themyscirian history is based on such things. And the wishing stone (or Dream Stone as Barbara calls it) is purported to have been created by an “ancient god of lies,” an entity that used it to destroy numerous civilizations through history, including the Mayans.

People begin to riot in the street at one point, and a man with a Bible in hand calls out warnings to those around him. “Can you see what your sinfulness has done?” he cries.

[Spoiler Warning] We find out that the Dream Stone works much like the old legend of the Monkey’s Paw: when a boon is given, recipients must surrender their most prized possession.

Diana and Steve (whose essence takes over the body of another man, but whom Diana only sees as Steve) embrace and kiss a number of times. And they are shown waking up together in the same bed. Steve’s shirtless in that scene, while Diana wears a slinky camisole. We also see Barbara working out in a gym in a very revealing and clingy leotard.

During a party at the Smithsonian, Diana and Barbara dress in very form-flattering outfits that draw the surrounding men’s attention. Other tops worn by women are low cut and cleavage revealing.

Barbara heads to her office with a man named Max Lord. She’s intent, it seems, upon a sexual encounter in that private space, and the two do kiss passionately. Max, however, is mostly feigning sexual interest in order to steal something from Barbara.

Several older men ogle a group of young women dressed in tights as they bend over and stretch during a choreographed exercise routine. A TV ad features a small group of bikini-clad women surrounding a guy on an expensive motorboat.

As the plot unfolds, various people in places of prestige and power use the Dream Stone to make wishes. One of these is a stereotyped 1980s televangelist whom we hear has some sort of a sex-tape scandal that he wants to disappear.

Once Barbara gets her wish to become more like Diana, she also gains Diana’s strength and athleticism. With these abilities, Barbara starts bashing and thumping anyone who displeases her.

One of those beatings involves a drunken man who grabs her in two separate scenes and, darkly, seems intent upon sexually assaulting her. In the first of those encounters, Wonder Woman comes to her rescue. The second, however, finds Barbara brutally unleashing her strength upon the drunken letch, beating and kicking him mercilessly, to the point that it’s not even clear if he’s alive or dead as he lies bloodily in the street. It’s one of the film’s more disturbing scenes.

Elsewhere, Barbara moves on to running around a large room full of men and throwing them around in careless ways. (Some might have died, except that Diana uses her strength and lasso to save them). Eventually Diana and Barbara go after each other (after Barbara morphs creepily into a half-human/half-cat “apex predator” named Cheetah), and they slam each other into concrete walls and electrocuting electric wires.

Diana is attacked by gunmen, street thugs, secret service officers and a variety of other people with pistols and automatic weapons. And because of an effect that weakens her, she is bloodied and repeatedly wounded (though those wounds on her chest and shoulders disappear after her powers are restored). In addition, large armored cars try to crush her. Meanwhile, Steve takes his share of swings at opponents, too.

Wonder Woman saves many people in the course of things, and on multiple occasions she steps aside in the heat of a fight to scoop up children and swing them quickly to safety or to deflect falling objects away from them. Some thugs are slammed down on the roof of a cop car.

When a self-serving con man named Maxwell Lord gets his hand on the wishing stone, he has it transfer its powers to him and he then starts granting wishes for his own glory. But the stone also takes a painful toll on his body, causing him to bleed from his eyes, nose and ears.

We witness other wishers suffer in painful physical ways as well. As the human world begins to decline thanks to the Dream Stone’s powers, riots break out in the streets, nuclear war is threatened, and global chaos erupts.

[Spoiler Warning] A flashback at the end of the film unpacks Max’s backstory. We see him as a child, impoverished, picked upon and growing up with a raging father who physically and emotional abuses him. For some viewers who’ve experienced or witnessed domestic abuse, this could be a difficult scene.

There is a single use of the s-word and single uses of “b–ch” and “h—.” Someone calls out “oh my gosh” and “shoot” a couple times each.  And God’s name is misused once.

In a heated moment, a guy gulps back a glass of booze. Some people have glasses of wine or champagne at a party. And Diana drinks wine with dinner.

As superhero sequels go, especially DC superhero sequels, Wonder Woman 1984 is pretty top-shelf. It carries on Diana of Themyscira’s story with aplomb—casting satirical winks and chuckles at the 1980s and all of that decade’s quirky, parachute-pants-and-fanny-pack glory. It’s filled with thrilling action sequences, aptly adorned with a magical good-versus-evil storyline and peppered with enough romance to keep the romantically minded sighing.

On top of that there are some pretty solid lessons here, too. Wonder Woman reaches for truth in the face of lies. She chooses to give self-sacrificially for others. And she goes from initially feeling lonely after spending fifty years by herself in this crazy human world, to noting that life—even in the face of a great loss—has so much to offer and enjoy.

Content-wise, Wonder Woman 1984 feels broadly similar to the first film, albeit with a couple of caveats.  A morning-after scene involves Diana waking up in bed with her newly restored Steve Trevor—implying a little more intimacy than younger fans really need to be dwelling on, and more than we saw in the first film. Barbara’s would-be tryst with Max Lord doesn’t ultimately move pass kissing, but she’s clearly got more on her mind. And some of the scenes of violence here, particularly Barbara’s savage beatdown of a would-be sexual assault perpetrator, are wince-inducing as well.

Like the first film, those issues don’t unduly detract from this valorous hero’s second story, which in other ways is about as old-fashioned and uplifting as you might hope for. Ultimately, Wonder Woman remains a positive and inspirational icon who stands for truth, even when doing so comes at great sacrificial cost.