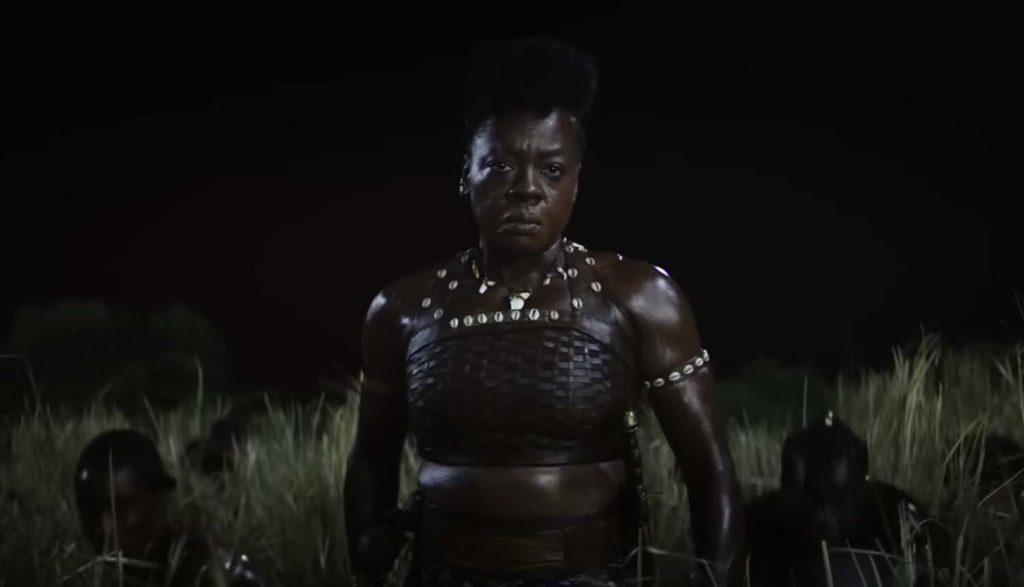 Nawi wants to be happy. She wants to fit in. But in the Dahomey culture of Africa, that’s not always as easy as it sounds. For even though she’s kind and appealing, Nawi hates the idea of being sold off like a cow by her father. It seems the only value she represents is how much wealth she can bring in from a potential suitor.

From her father’s perspective, the only thing Nawi’s obstinate attitude earns is fewer chances of getting her married off. So, the tug-and-pull conflict between them continues.

But when Nawi rebuffs the last man in the area showing even the slightest interest in her, her father has had enough.

If a daughter can’t earn her family a decent dowry in the kingdom of Dahomey, many fathers—at least the uncaring ones—simply give the girl to the king. King Ghezo will then either take the girl as another wife, if she’s pretty enough. Or he’ll send her off to the Agojie. And the latter group is where Nawi heads.

In Nawi’s eyes that’s not such a bad place to be. The Agojie, you see, are women warriors. They’re esteemed. They’re feared. These women have been toughened and shaped into a terrifying fighting force that other kingdoms quake at. They slip up on foes so silently and swiftly that they’re considered shadows in the tall African grass. And their female general, Nanisca, is the hardest and sharpest shadow of them all.

Though other surrounding kingdoms, such as the Oyo, have armies that are larger and stronger, there is no force more warily watched for than the Agojie. And that’s especially true now. Because things are changing.

Slavery has been common among these African tribes and nations. Conquering enemies and selling them to white slavers is a ready source of needed income, even for Dahomey. But the well-respected Nanisca has the king’s ear, and she fears that slavery will erode them and devour their culture. The white man’s evil will soon destroy their people and everything else it touches, she believes. And it’s time to fight back.

It’s a bold move. An unsettling move. And it will likely upset everything in this region.

And oddly enough, a young Agojie recruit named Nawi will be central to it all. For she is the key to unlocking Nanisca’s past and the kingdom of Dahomey’s future.

Both Nanisca and the king eventually realize that participating in and supporting the West African slave trade is a lose-lose proposition. For every captured Oyo enemy they sell is matched or exceeded by the captured Dohomey’s that the Oyo’s sell. So, in a sense, continuing the practice is the same as selling their own people into bondage. “Let us not be a people who sells its people,” Nanisca tells the king. “Let us save the people.”

With that understanding, they push back against the norm and fight for their people’s freedom—setting captives free and killing the white scourge that run the nearby ports.

As for the Agojie, we see these women forge loving bonds with each other. They are fierce and demanding of one another, but each woman also fights valiantly for the “sister” standing next to them. The Agojie begin offering newly captive women from other tribes a chance to either walk free or join their ranks.

Nanisca is mentally plagued by a horrible wrong that was done to her in the past. And not only do she and other Agojie strive to avenge that past wrong, but Nawi becomes a daughter-like figure who helps Nanisca heal. The two embrace.

A Brazilian mixed-race trader named Malik meets and falls in love with Nawi. He offers to take her with him to England. “My mother sent me here to find myself, and I found you,” he tells her.

We hear references to twin gods that the people of Dahomey worship. And we see people kneeling at an altar and placing small effigies on the dead. Someone talks of the cruelty of “the gods.”

A “blood ceremony” is the last step to becoming an Agojie. It seems to be spiritual ceremony in which the Agojie all cut their arms and mingle their blood in a sacrificial bowl that’s then sacrificed to the gods. They ask that the gods make them invincible. A pair of Agojie women pour out a sacrifice of whiskey to a fallen comrade.

Malik wears a cross around his neck, but there is no other reference to his faith. Mawi gives him a god effigy to keep.

Malik steps naked out of a lake and runs into Nawi who’s walking through the same wooded area. He stands before her cupping his crotch. Later, she steps out of a pool of water fully clothed, but with clinging wet fabric.

King Ghezo has a number of pretty wives. In fact, no men can be in the palace other than a male eunuch. Some of the kings’ wives wear tight-fitting, cleavage-baring outfits.

A woman talks of fighting her way to freedom after having her virginity sold by her mother. Several captive women are stripped to be washed; we see their bare backs from the waist up. A slaver weighs and fondles a female slave’s clothed breasts.

Nawi is berated for flirting with a man. She’s told that loving a man “gives away her power.”

There are plenty of viscerally violent moments in this film, though the heavy bloodiness is mostly hidden in the shadows or kept just outside of the camera’s view, given its PG-13 rating. We see people impaled and hacked at regularly with short swords and spears. Several people have their throats slashed. A man’s neck is snapped. People have their chests, necks, legs and crotches sliced by quick knife and sword strikes.

A woman empties a basket full of warrior’s severed heads at their leader’s feet. The Agoije sharpen their nails to razor points and slash their foes with them. We see one woman pin an opponent and drive her nails into his face (just off screen). There are dead bodies scattered around after an Agojie raid. A port city is set aflame, we see crisped and grizzled corpses.

An Agojie warrior has her arm broken; it’s twisted awkwardly at an odd angle. Then she asks for help (and the camera watches closely) as the bone is moved around under the skin and forced back into place. Someone sets a group of slaves free who immediately beat and drown their white captor.

A woman is raped—and we see it in a series of quick flashes. Later she says that she was tied down and raped repeatedly by her male captors. Nanisca has scars all over her body and a particularly large one on her back. Someone cuts open a scar on her shoulder to find a tooth that was lodged there.

We’re told that if an Agojie is caught, she will be abused until death and then left to rot. A group of young Agojie trainees have to prove their worth by climbing through a mountain of long-thorned bushes, then over tall wooden structure before giving battle to a male opponent. After this event we see a woman pulling thorns out of her many cuts.

We see slaves beaten, chained and tied up by their wrists. The Agojie display skulls of their defeated foes. A potential husband for Nawi gets angry at her and slaps her across the face. She knocks him down in return.

A group of women are called “b–ches.”

One of the Agojie women, Izogie, has a taste for whiskey and shares some of a flask with Nawi. She mentions that the liquor is the only good thing that the white slavers brought. We see a number of men drinking in a bar at the port.

Hollywood isn’t really on friendly terms with history. A pic “based on true events” rarely is … true, I mean. Let’s face it, history didn’t often play out the way our modern movie-going sensibilities might have preferred: with clearly righteous, back-lit heroes calling for justice and freedom.

Often, the realities of the past are kind of muddled, ugly and far from camera ready.

So, even though the all-women fighting force of the Agojie was indeed real, they were far more of a knife-point group supplying the West African slave trade in the 1800s than feminist icons fighting against it. And their nation of Dahomey has a very ugly backstory in that regard.

Historical accuracy aside, however, if you’re looking for pure pop-entertainment fantasy then The Woman King has some positives to note.

It plays out as a character-driven, right-vs-wrong war story. Lead Viola Davis is strong and emotionally stirring. We come to care deeply for Thuso Mbedu’s character, Nawi—the movie’s true protagonist. The film has well-polished production values. And the bloodied heroes eventually drive evil from their shores with a cheer.

Of course, it’s that bloody violence and the wholesale killing at the end of this PG-13er that should give parents considering this movie the biggest reason to press pause. Because even with a heroic underscore and great lighting, this history lesson is kind of a mess.