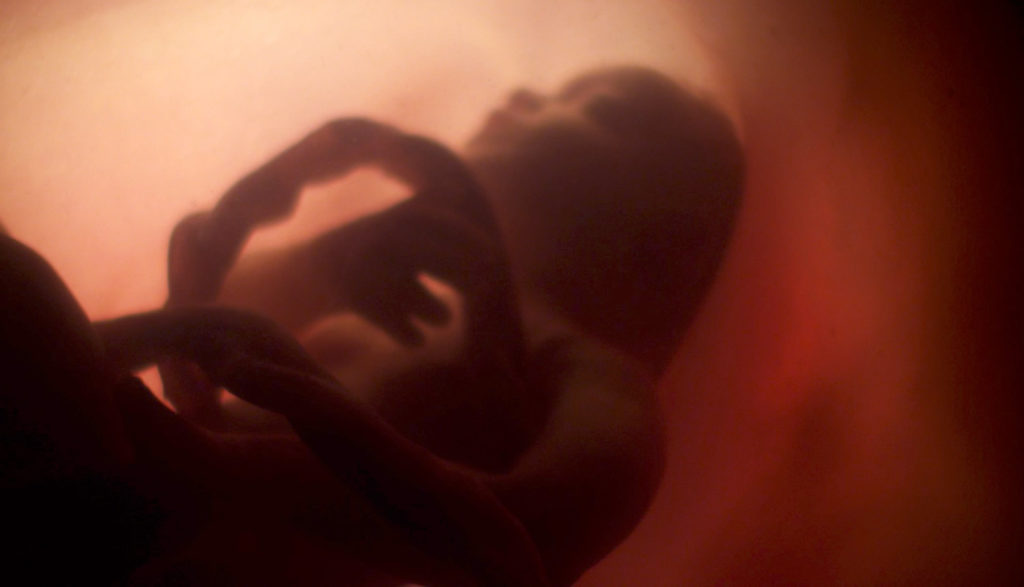 Since Roe v Wade legalized abortion in 1973, this is the number we need to see clearly: Sixty million babies aborted. Sixty million souls who never got to see life.

It’s a mind-boggling figure, nearly impossible to comprehend. But that number is so much more than just a grimly sobering statistic. Behind each one of those 60 million abortions is a story. Often, a story of pain, of fear, of wondering about what the future holds. And for many women who’ve chosen abortion, it’s also become a story of quiet, lingering regret. A story of “What if?”

Alveda King, the niece of civil rights icon Dr. Martin Luther King Jr., is one such woman. She thought she was making the right choice in the early 1970s, the choice so many in society insisted was hers to make. But after her abortion, she says she “wouldn’t talk to granddaddy, wouldn’t talk to God.” It caused her “suffering inside,” damaged her body and remains a choice with consequences about which she says, “I still have to live with today.”

Hers is just one story. One out of 60 million.

Nearly 50 years after this landmark Supreme Court decision, our cultural conversation—and at times, conflict—over abortion continues to rage. Some states have sought to enact limits on abortion providers, while others—such as New York—have moved in the other direction by making abortion legal right up to the moment of birth.

We stand, as Focus on the Family President Jim Daly says in the new documentary See Life 2020, at an “inflection point” in “our quest to defend the preborn.” Where will we, as a nation, choose to go from this moment?

None of us can answer that question definitively, of course. But through the technological miracle of 4D ultrasounds that allow us to peer into the womb, one thing is clear: Witnessing a child’s face, fingers and features, maybe even a smile or a frown, has the power to change this emotionally charged debate.

“This is the power of seeing life in the womb,” Daly says. “Show the world the baby, and the baby will change the world.”

What Will We See?

The topic of abortion is still, of course, one of the most hotly contested issues in our nation today. See Life 2020 examines that conflict from multiple perspectives and with diverse voices.

That narrative encompasses the disturbing philosophical foundation laid by Margaret Sanger, the founder of Planned Parenthood, who viewed abortion as a means to a racially purified society. It’s a legacy some abortion-rights advocates side would rather keep quiet.  This documentary also confronts and refutes some common assertions on the pro-abortion side of this argument. Abortion, for instance, isn’t truly “health care,” because it doesn’t preserve life, it ends it. Also addressed is the frequently voiced assertion from pro-abortion advocates, “Our body, our choice,” as well the question, “Who are you to tell me what to do with my body?”

At times, film segments showing confrontation between the two sides of this debate turn angry and profane. One clip captures a young abortion-rights advocate hurling (censored) f-words at pro-life advocates in a university debate setting. Another crowd of young women (again, in an apparent university environment) dances and gleefully mocks pro-life demonstrators.

Also difficult to watch and hear are several descriptions of the abortion process itself. We hear from doctors as well as pro-life champion Abby Johnson, who worked for Planned Parenthood for years. Verbal and a few visual depictions of abortion are referenced, forcing viewers to confront the reality of how this procedure violently ends a preborn baby’s life.

Abby Johnson talks about the language Planned Parenthood staff use to talk about the procedure, including references to the phrase “products of conception,” or, as they sometimes referred to them, “pieces of children.” We hear that an aborted baby must be “re-assembled” after the procedure to ensure that all of the dismembered pieces were successfully vacuumed from the mother’s womb.

Those moments in See Life 2020 give viewers an honest glimpse, though never explicitly, of the horror of abortion, and they challenge viewers to grapple with what’s truly happening during this procedure. As such, these scenes in particular can be difficult and emotional to watch, and parents should exercise discernment and discretion before allowing young or sensitive children to view See Life 2020.

A Vision of Hope—and Life—for the Future

The life-ending reality of abortion is impossible to deny when faced with these facts. As Benjamin Watson poignantly reminds us, “Abortion robs the world of goodness, greatness and gentleness.”

“Forgiveness is not beyond the reach of God,” one person reminds us. “We want you to see yourself and your life through God’s eyes,” Benjamin Watson adds. And another NFL legend, Mike Singletary (whose parents were counseled to abort him), points those who are grappling with an unwanted or unexpected pregnancy toward trusting God: “Lord, this is blind faith here. … I’m gonna trust You.”

And throughout the documentary, Christian artists such as Danny Gokey, Selah and Phil Stacey lend their voices to See Life 2020’s powerful message. “Would you love every heartbeat?” Phil Stacey asks. “That heartbeat’s gonna make memories.”

See Life 2020 forces us to look directly at the hard reality of abortion, sometimes in ways that are wincingly painful to watch. But ultimately, it calls us to see life clearly, maybe in a way we never have before, maybe in way that will transform the hearts of some who see this feature.

Because, as Jim Daly reminds us in the end, “Once you see the baby, you can no longer see the lie as the truth.”

See Life 2020 is available online beginning Saturday, Sept. 26, at 8:00 p.m. EDT; and across all Focus on the Family social channels at that time: Facebook/YouTube/Instagram. We’d also invite you to join more than 150,000 others in signing the Pledge to #LoveEveryHeartbeat.