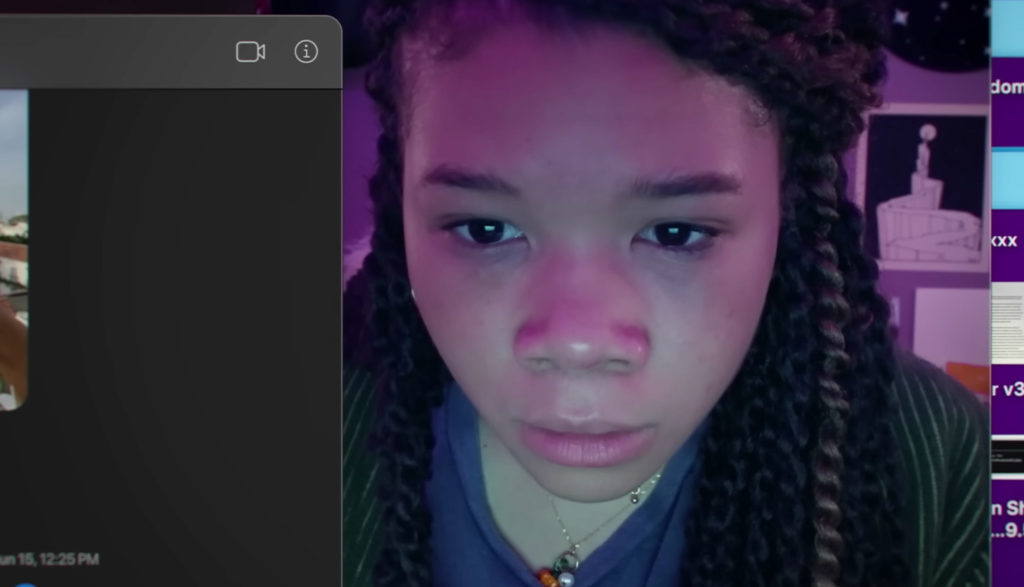 Things just haven’t been the same since June’s father died.

June loved her dad, and she still thinks about him all the time. But when he succumbed to a brain tumor, her whole life was uprooted. She and her mom, Grace, moved to Los Angeles and began a new life together there.

More than a decade passed. Grace began dating again. And she found a nice guy, Kevin, who seems to really get her—even more than June does. Then again, these days June and Grace don’t exactly have the best relationship.

Case in point: Kevin has booked a nice vacation getaway to Colombia for himself and Grace. She’s agreed to go with him—even though the trip will happen over Father’s Day.

June, meanwhile, isn’t ready to move on. And she’s frustrated that her mom seems OK with letting her father’s memory fade into oblivion.

Well, at least with Grace gone, June will be able to throw a big house party for her friends, then dance and drink her problems away—at least for a little bit. You know, maybe it’s not so bad having mom out of the house?

That’s what June thinks at first. But when the day comes for her to pick her mom up from the airport, well, Grace isn’t there. In fact, she isn’t anywhere where her daughter can locate or call her. Soon, June’s concerned enough to call the Colombian hotel for answers.

The answer? Grace and Kevin vanished from the hotel, leaving everything behind. No one knows where they are.

But that’s not going to stop June from doing everything she can to find her missing mother.

When June’s mother disappears, the teen’s disdain gradually transforms into concern, love and action. She obviously can’t travel to Colombia on her own. But June resourcefully uses technology of all kinds to begin trying to figure out what happened to her mom and Kevin.

During her search, June connects with a Colombian man, Javi, who is very helpful in her investigation. Though Javi is initially hired on an hourly rate as something like a private investigator, he eventually begins helping June for free when he realizes the severity of the situation. The two of them bond over their broken relationships with respective family members, and Javi reminds June that a good parent’s love is unconditional.

Though June uses technology in some pretty ingenious ways to track down her mom, we’re also shown just how quickly people using social media can create and spread false narratives. We see plenty of Internet users speculating with little evidence about what really happened, for example.

June initially disrespects and feels callous towards her mom. But Grace’s disappearance causes June to regret how she treated her mom. She looks through previous texts and voicemails that remind her just how much love her mother has for her.

During her search for answers, June finds a sexted photo of a woman in her underwear. People are briefly seen in swimsuits.

June’s father’s nose begins bleeding early in the film, and we soon  learn that he’s died because of a brain tumor.

We see a party of underaged teenagers drink alcohol—and June, who is 18, drinks so much that she vomits and passes out. Later, a friend mentions being hungover.

We hear a reference to drug use and drug distribution.

We discover that someone was, at one point, a con man.

Man, it’s amazing just how much technology can do these days. We have calculators that can instantly solve complex math. We have trackers that can pinpoint our location with the use of satellite technology. And we have apps that can help us deduce exactly what happened to our missing mother when she never returned from her vacation in Colombia.

OK, that last one might be a bit speculative. But in Missing, that’s exactly what we see.

Missing is a “standalone sequel” to Searching. Much like its predecessor, it stars someone desperately scouring technological rabbit trails to determine what happened to a missing family member. In fact, every second of this mystery thriller unfolds via various phone and laptop screens—the foremost being the laptop of our central protagonist, June.

But just because the story advances via multiple open tabs (that would make me instinctively want to check my laptop’s battery level), that doesn’t mean there isn’t content here. Several characters are shot and killed. Teenagers drink enough alcohol at a party to induce vomiting. And as for the language, that’s present, too.

At the same time, the film reminds us of how we can take our familial relationships for granted, and how we might not appreciate what we have until after it’s gone.

The film’s unique style makes for a thrilling ride for adult viewers. Somehow, the filmmakers make scrolling through a Gmail account or backing out of a driveway seem like the most intense things ever filmed. But it’s a ride that has its share of bumps, and it’s not a digital road trip that you’ll likely want young kids to take with you.