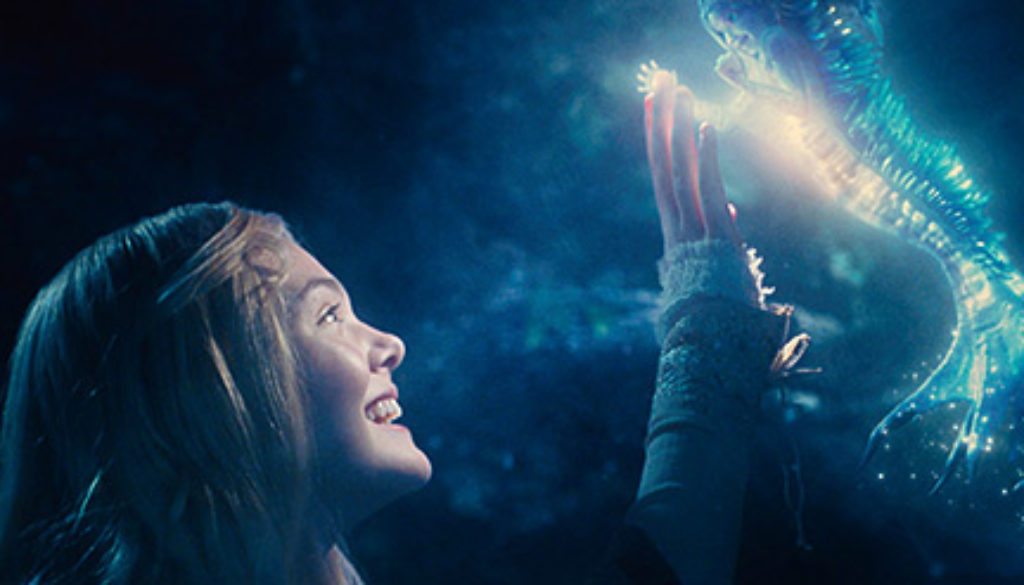 Maleficent wasn’t always all horns and vitriol. She didn’t spring from the womb flinging curses and bashing the nurses with her magic staff.

In fact, she was pretty nice.

As a girl, she fed the animals and played with her forest friends and soared over her magical moors with those nifty wings of hers. She was patient and kind and maybe even a little wise. When a young human boy from a neighboring (and often hostile) kingdom snuck into the moors, Maleficent didn’t turn him into a beetle—not even when she learned that he’d pilfered a gem-like rock. She just made Stefan give it back. And then she, in turn, gave it back to the lake from whence it came.

“If I’d known you were going to throw it away, I would’ve kept it,” Stefan said.

“I didn’t throw it away,” Maleficent corrected. “I took it home. As I’m going to do for you.”

See? Nary a curse thrown. And Stefan and Maleficent took that awkward beginning and turned it into an unlikely friendship. As they grew older, it became something more. They shared a kiss—a kiss, Stefan told her, of true love.

But life has a way of bending us, fraying us, twisting us out of shape. Our disappointments mount, our hurts gather. Sometimes, something in us breaks.

Tensions between Maleficent’s strange little land and its neighboring kingdom continued to mount. Wars were started. Stefan stopped coming around. Then one day, there he was again—bringing a word of warning and a hand of friendship. And Maleficent was grateful. For an afternoon, it felt like she had her friend back. So secure she felt with her old pal that when he offered her a drink from his flask, she took it.

And she fell asleep in his arms.

When she awoke, her wings were gone, taken by the man she loved. Her body was broken. Her heart was crushed. And in the shards and fissures of her fractured soul, something else began to fill the spaces—a venomous mortar, cementing together a new, dark Maleficent. And by the time she casts a spell on Stefan’s newborn daughter, Aurora—sentencing her to a deathlike sleep from the prick of a needle—those horns on her head had come to look oh so fitting.

You might’ve guessed by now that Maleficent is quite different from the tale we’re familiar with in Disney’s 1959 film Sleeping Beauty. One of Disney’s most memorable villains becomes a much more complex, more human figure here.

Despite appearances, this fearsome fairy is far from being bad to the bone. Sure, she curses Aurora and calls the little girl a beastie. But when the infant squalls in hunger, it’s Maleficent’s raven that feeds her (while Aurora’s clueless caretakers plop raw veggies in her crib). Maleficent saves an older Aurora, too, from tumbling off a cliff. She watches the girl throughout her childhood, in fact, always professing the greatest disdain but betraying a strangely maternal instinct. Her influence is so great that when a much older Aurora sees Maleficent for the first time, the young woman calls the older woman her fairy godmother—recognizing her instantly by her shadow.

A strange relationship forms, and Maleficent becomes the closest thing Aurora has to a mother—which, naturally, makes Maleficent feel awful about the whole curse thing. She tries to remove it, but the strength of her own magic makes that impossible. So she sets about doing what she can to mitigate it—shepherding a prince into the castle to provide “true love’s kiss” or, if that doesn’t work, striving to keep the sleeping princess safe. She sacrifices a great deal for the girl. And in the end, Maleficent—this grandest of Disney villains—proves to be the movie’s most heroic character.

Aurora is blessed with a generous and gregarious spirit, and she loves and appreciates everyone she runs into. Prince Phillip, for his part, seems quite the chivalrous chap, even wondering if it’s appropriate to kiss a girl (especially a sleeping girl) whom he’s just met. And Aurora’s fairy guardians … well, at least they mean well.

Maleficent is saturated in magic—a wizardry familiar to almost all fairy tales. Unlike the 1959 movie, where Maleficent seems explicitly linked to the forces of evil, the titular character in this movie wields a more Narnian sort of magic, twisted into its evil shape by her own twisted heart. She can make things levitate, turn beasts into people (or other beasts) and has control over the woods themselves (crafting a thorny barrier between her kingdom and the human realm). Someone sees Maleficent and says, “It’s a demon!”

Aurora’s three fairy protectors (Knotgrass, Flittle and Thistletwit) are also magical; we see them bestow blessings on the baby Aurora and then disguise themselves as human peasants. It’s worth noting that Aurora is cursed at her christening, a ceremony with explicitly Christian connotations (which includes infant baptism).

This flick is, in a way, a war movie—and darker than you might expect. In one battle, men are routed by monsters made of wood and root, who smash and throw their adversaries around. (Some unfortunates seem to be taken down into the earth by gigantic root serpents.) In another, men set fire to Maleficent’s fearsome wall of thorns. But the thorns themselves come alive to attack and force the guys to flee. A dragon blasts fire at soldiers and is himself brutally subdued with swords, spears and chains. Encountering a handful of soldiers in the forest, Maleficent turns her faithful raven into a really scary wolf (slavering and growling), then levitates the soldiers—sending them flying into trees and one another. Folks are choked.

One would assume that fatalities would arise from these sorts of encounters, but it’s hard to be sure. There’s little blood to speak of, and only one person is definitively killed in battle—plunging from a huge tower to fall onto the cobblestones below. (We see a crumpled body.) Two others die offscreen.

Maleficent is extraordinarily sensitive to iron. It burns her badly, and we see the marks (which quickly fade) appear on her skin at times. Stefan makes the most of this weakness, forcing her to walk through a barrier of sharp iron spikes, struggle with an iron net (which is dropped on her) and, of course, fight iron-bedecked people carrying iron shields and weapons. He nearly used an iron knife to kill her while she sleeps, but decides he can’t do it and cuts off her wings instead. (We don’t see the mutilation, only the stumps. The wings are then displayed as a trophy of war.)

Aurora pricks her finger, of course, and we see a bit of blood. Fairies get into comical slapping, pushing, hair-pulling fights. A bird, trapped in a net, is nearly killed by soldiers.

Maleficent is a tricky little movie for Plugged In to review. The violence is dark and jarring—a bit extreme for a modern PG-rated film. And it’s saturated with all sorts of magic, which’ll make it a complete nonstarter for some Christian families. For those who can’t push away the Maleficent we meet in Disney’s 1959 film—one who named herself “the mistress of all evil” and who explicitly called on the “powers of hell” to aid her—the transition to this version can feel dissonant. Viscerally, we don’t always want to see our “favorite” villains redeemed.

But redeemed she is. And it’s a pretty stylish redemption.

When we first meet Maleficent, as mentioned, she’s just a nice little girl who happens to have horns and wings. And it’s telling that when she loses her wings—symbols, perhaps, of the better angels of her own nature—she turns bad. She grieves their loss, as would we. Most of us know what it feels like to have something taken from us unfairly. It’s terrible, and how much more so if it’s a physical part of us. We all know the temptation to let that hurt fester until it becomes something else: bitterness, anger, an obsession with vengeance.

Augustine of Hippo tells us that evil is not a thing in itself: It is a hole, a corruption of something God originally wanted to be good—a twist or a tear or a blot on its original design. Darkness is the absence of light. Cold is the absence of heat. Maleficent suffers greatly in the absence of her wings—a painful mangling of her true self. The loss of those wings physically corrupts her, and the loss corrupts her soul too.

But here’s the beautiful thing: As evil as Maleficent becomes, there is still part of her original nature—her original design—wedged deep inside. And the only thing that can find it is love. Someone loving her, yes, but more importantly, the process of loving that someone—Aurora—back.

Maleficent isn’t the easiest person to love. But, then again, neither are we. And in our real world, Jesus loves us dearly no matter what. His love for us helps make us more lovable—and love others better in return. Love Him in return.

Maleficent shows us, in her world, that love is far more powerful than any sort of magic she wields or iron that Stefan swings. The love of a mother is particularly strong—and that is what Maleficent becomes. Not Aurora’s biological mother, of course, but her adoptive mother, who loves her with a ferocious gentleness that is touching to behold.

Maleficent, when she allowed for an antidote to Aurora’s curse—true love’s kiss—was being her evil self. She believed then that “there is no such thing.” Stefan taught her so. And yet she learns that love is real and beautiful and powerful, just like we read in the Bible. With love, true love, no one is beyond saving. Not Aurora. Not Maleficent. Not even us.