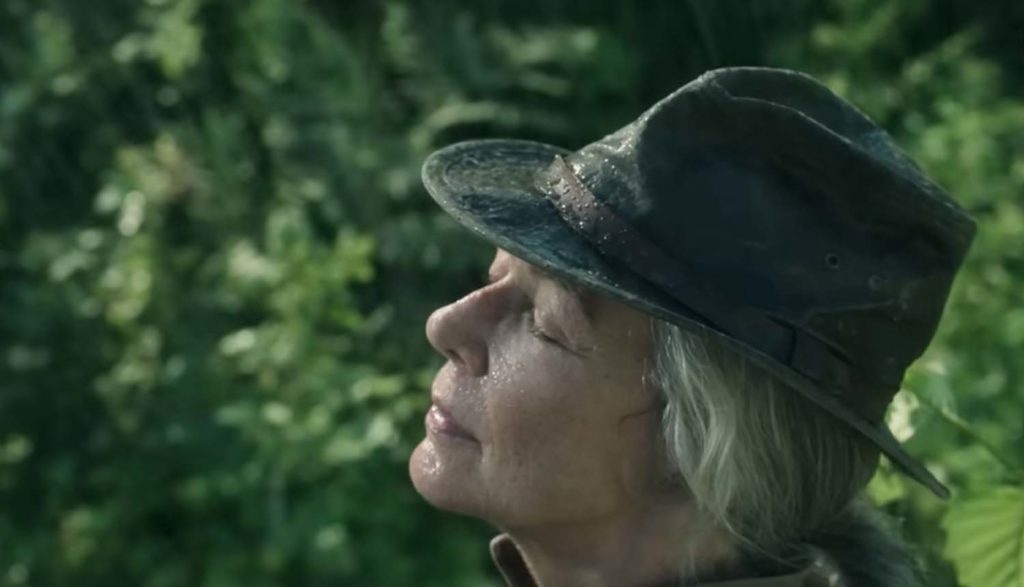 Lou is done with life.

She’s emptied out her bank accounts, frozen a month’s worth of meat for her dog and written a note for her neighbor, Hannah, detailing her final wishes.

She downs a final shot of whiskey and prepares to end her life. But before she can pull the trigger, Hannah knocks on the door.

Kidnapped, to be more specific. By her own father, Philip, no less.

Lou doesn’t have to do anything. She and Hannah have had their differences after all (Hannah lives in a trailer on Lou’s property and has been late with rent before). She could follow through with her plans and leave Hannah to handle the mess.

However, Lou isn’t that heartless, even if she is hopeless.

Lou’s done a lot of things in life that rather than make the world a better place have actually made it more dangerous. But this is her chance to make is less dangerous.

Because while Lou’s particular skillset made her lousy at life, it also made her good at other things: like tracking down a military-trained kidnapper in the dark of night during the worst storm the Pacific Northwest has seen in years.

Lou, we learn, was a spy. And her dedication to her work caused her to neglect her family. And while she’d be the first one to admit she should have done better, we also see the extreme measures she took to protect them from her double life.

Hannah, meanwhile, questions her own mothering ability. And unfortunately, Lou arguably makes it worse, telling Hannah that she should have left her abusive ex-husband sooner. However, Hannah does everything in her power to get her daughter back, even putting her own life on the line to protect Vee’s.

A kind sheriff tries to help Lou and Hannah, breaking protocol to protect them from federal agents who get involved in the case. Hannah scolds her daughter when Vee backtalks her and uses a profanity.

Philip and Vee repeat an old church rhyme. We hear about some New Age remedies for arthritis.

We hear that a spy had to have premarital sex with a man to keep her cover intact, and that the encounter led to a pregnancy.

Lou prepares to end her life, pinning up a tarp to prevent her blood from splattering her walls and holding a rifle to her own head. She’s interrupted by accident, but it’s clear that Hannah knows what Lou was planning since she later asks Lou not to get herself killed while stopping Philip.

We learn that Philip faked his own death in an explosion. He was wanted for war crimes (he tortured victims for fun and killed mercilessly). And he was physically abusive to Hannah when they were married; we see her scars. During the course of the film, he rigs a car to explode (the passengers escape); beats up and kills a man for flirting with Hannah; beats up Hannah and Lou (though they fight back); threatens to kill both of them (as well as Vee); and tries to blow up a lighthouse with all three and himself inside. He also demonstrates disturbing behavior as he contemplates murdering Vee.

Lou beats up and kills Philip’s military buddies (whom we hear are just as vicious as he is). After shooting one man, she is disarmed and uses a variety of household items against the other. (She ultimately slits his throat with the lid of a soup can.)

People are shot (and some die from their wounds), stabbed and held at gunpoint. A woman nearly drowns when a man holds her head underwater. A building is blown up (though no one is inside)

Lou shoots a deer and notes that she missed its heart by a few inches (causing it great pain instead of instant death). She guts the animal and drags the carcass to her truck, later carving off the meat and freezing it. Her dog licks blood of the spilled innards (and he laps human blood up in another scene). Lou drags and locks the dog in a bathroom before ending her life, so that the dog won’t do the same to her body.

While crossing a broken bridge, Lou and Hannah fall, knocking themselves out. When they wake, Lou resets her own dislocated shoulder. After Lou gets slashed with a hatchet, Hannah dresses the heavily bleeding wound. Hannah bandages her own severely blistered and bleeding ankle.

News reels show images of war. It becomes clear that CIA agents will kill Philip regardless of collateral damage (meaning Hannah and Vee). A man squishes an injured butterfly, frightening his daughter. Lou nearly hits Vee with her car. Philip breaks into Hannah’s house. Hannah says she learned how to use a gun after leaving Philip. A bird of prey eats an animal carcass. We see another dead animal lying on a path.

Philip drugs his daughter twice with halothane to knock her unconscious.

Lou downs a glass of whiskey. Two adults talk about a time they got drunk together.

Hannah recounts painful memories from her time with Philip. She says he was loving and caring at the beginning of their relationship but that he was always broken—and she thought she could fix him. He gaslit her into believing that she was somehow failing him by not loving him enough. Philip never hurt Vee, since Hannah taught her to hide whenever he got angry; but Philip did threaten to kill Vee if Hannah ever tried to take her away from him.

Philip plays psychological games with Lou and Hannah to mess with their heads, since he likes to torture his victims. [Spoiler Warning] We learn that Philip was taken from his own mother as a child and abused by his captors before he was rescued. This experience caused lifelong emotional trauma.

We hear about a woman who blackmailed the CIA over documents proving the organization’s involvement in the 1953 coup in Iran. Lou offers to let Philip go free in exchange for Vee’s safe return. Lou lies that a deer ran in front of her car when a sheriff suspects she killed it outside of hunting season. People lie and are sometimes rude and condescending.

Hannah ignores Lou’s order not to use a radio, alerting Philip to their pursuit. Both Lou and Hannah threaten to leave the other behind if they slow each other down.

A woman gags and nearly vomits when she sees a dog lapping up blood.

Lou knows she’s made mistakes. She sincerely—albeit mistakenly—believes that removing herself from the world will make it a better place.

Lou may not believe she’s worthy of redemption. But neither does she want an evil—that of a man killing a mother and her child—to go unpunished because she was more concerned with finding her own version of peace instead of helping to ensure theirs.

Whatever redemptive motivation we find here, is, however, in the context of a move filled with problems. Philip in particular is simply deranged. He wants to kill his family and himself. But instead of just doing it, he kidnaps Vee so he can play some sort of sick psychological game involving himself, Hannah, Vee and Lou.

This twisted situation gives Lou a reason to keep on living. That said, in order to rescue Vee from Philip’s clutches, Lou and Hannah still commit some pretty horrific atrocities themselves.

People die, quite bloodily, onscreen. We witness violence against women and also hear Hannah’s tragic recount of the abuse she endured while married to Philip. And, of course, we hear Philip’s own heartbreaking backstory.

Language is another problem, with many abuses of God’s name (often paired with other profanities), as well as frequent harsh profanity as f- and s-words fly frequently.

In the end, despite being well-written and well-acted, Lou’s undeniably harsh content will nevertheless shove it out of bounds for many viewers and families.