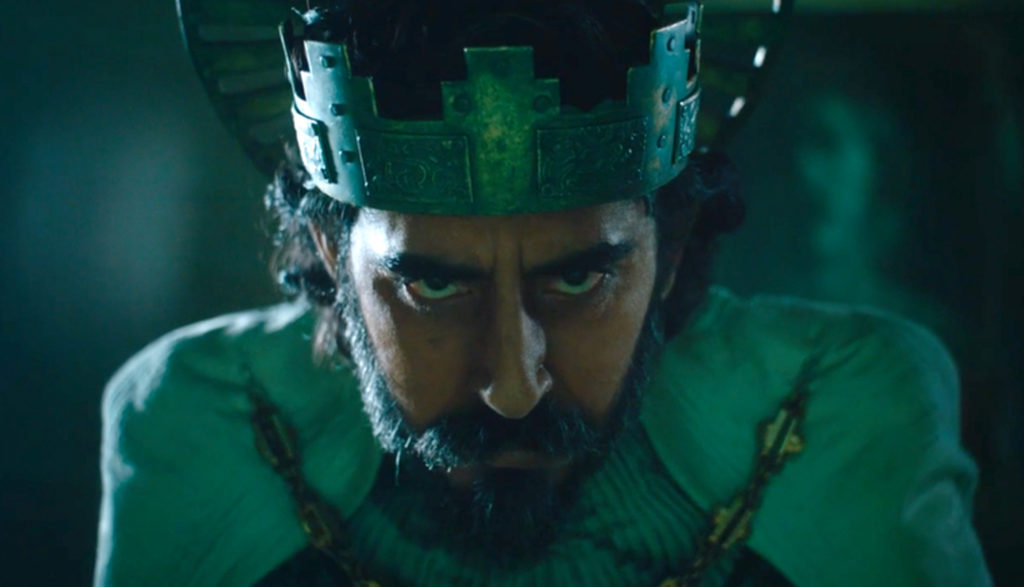 Being the king’s nephew may seem like it comes with privilege. And tis true, it does.

Gawain always has more than enough coin, for instance, to bed his favorite brothel companion. And his cup never need be empty as the night wains in any pub. Oh, and then there is the fact that Gawain has access to the king’s throne room and can eat and drink with the knights, even though he is not yet one himself.

But the young man longs for more. Glory would be good. A bit of fame and adventure, perhaps. Even though he is still young in years, Gawain cannot help but wish that he had something to say when the king pulls him up near the throne and asks him to tell a tale of himself.

That request was made this very Christmas Eve. All eyes looked his way as he stood there with blank expression and had to sadly reply, “I have none to tell.”

“Yet!” the Queen said, leaning across her royal husband’s arm with a smile. “You, have none to tell yet.” Gwain could not but nod and look glumly away.

That moment, however, filled his heart with a great need, an unquenchable thirst to somehow prove himself before the many celebrating in the hall. And his opportunity arrived when an unknown knight thereafter arrived and issued a challenge.

The man was huge and broad. He was a vivid, earthy green from the crown of his massive head to the toes of his large booted feet: a knight like no other, carrying an enormous ax in one hand and a branch of holly in the other. The hall instantly fell silent and someone later wrote that:

And that was what the giant offered, nothing less than a Christmas game of blows. If any in the hall were brave enough, they would meet at its center. And if this courageous soul landed a blow or cut, the knight promised to yield to him and meet him again in one year hence and repay the blow in kind.

Every knight in the hall held his seat. But Gawain jumped up and swift accepted. This was his chance. But to his surprise, the massive knight knealt down, laid aside his weapon and let Gawain strike him as he willed.

Gawain couldn’t believe his good fortune. If this monolithic menace would leave himself so poorly defended, Gawain determined to end the contest with no further need for meetings. With a huge leap and sweeping arc of his blade, he cleaved the man’s head from his shoulders.

The knights in the hall stood as one and cheered.

Then the Green Knight regained his feet, retrieved his head, mounted his horse, and rode away with a loud grumbling laugh upon his lips.

In the original poem, Sir Gawain is a knight of virtue. Here, not so much. That said, he does take time to give aid to the spirit of a murdered young woman and he does try to do the honorable thing when tempted by another man’s wife.

Early on, the king calls Gawain to his side and speaks of his lament over not having a better relationship with the young man. He then offers Gawain his most precious possession, the sword Excalibur, to fight the Green Knight with.

The movie opens on Christmas Day when Gawain awakes in what appears to be a brothel. “Christ is born,” he smilingly says to Essel, the woman he’s with. “Christ is born indeed,” she replies. He then dresses quickly and says he’s going to church. (Though he doesn’t go there.) When Gawain’s mother first sees him on that Christmas morning, he tells her he spent the night at Mass. She replies that he smells like he’s been drinking the sacrament all night.

It appears that Gawain’s mother, the king’s sister, is a witch or magician of some sort. She and several other women sit together on several occasions, chanting, casting spells and enchanting items such as a suit of clothing Gawain can wear into battle and an enchanted belt that she tells her son will not allow any man to kill him. Gawain’s mother also casts a spell that magically motivates the Green Knight to ride into the king’s great hall to begin with.

Other magical happenings take place in the course of Gawain’s journey that are much more abstract and undefined. He meets the spirit of a young woman, for instance, who was murdered by an intruder and whose head was severed and thrown into a spring. And Gawain dives into a magical realm to retrieve it. He walks through an enchanted place occupied by enormous giants. He meets a fox that follows him around and later talks. The moss-covered Green Knight himself is some kind of magical mix of man, plant and earth.

In fact, the whole world of this story is something of a cryptic, often undefined spiritually dark place that ebbs and flows with twisted symbols and swirls of smoke. Sometimes it feels driven by enchanted magic or witchcraft—such as when someone takes on the form of someone else—and sometimes the action takes vague leaps and bounds into the future and the past.

We see Gawain and Essel in bed and kissing and making love on a few occasions. (We jump ahead in time on one of those occasions to see that she is large with child and giving birth.) We generally see their bare backs and shoulders and Gawain’s bare backside once or twice. Essel (and other women in what appears to be a brothel) dresses in light, flowing linen outfits that are loose and open on top.

Essel talks to Gawain about her desire to wed and settle down as his Lady. But he can’t see his way past simply giving her gold for her services, even after she gives birth to his child.

Later, Gawain meets a Lord’s wife and she repeatedly tempts him when her husband is away. (She looks exactly like Estelle, only dressed in expensive low-cut gowns.) Gawain resists, but still ends up kissing her as she straddles him in bed. And the two struggle over an enchanted belt while entwined together, moaning, panting and wrestling in a sexual manner while fully clothed. Because of an exchange agreement with the woman’s husband, Gawain ends up giving him a long kiss on the mouth, too.

When Gawain encounters a group of huge naked giants, several of them are woman and the camera takes in their exposed breasts. In the future Gawain marries a royal personage and we see the two embrace and get into bed on their wedding night (with bare arms, back and shoulders).

The action starts with the Green Knight’s beheading. His head is lopped off and thumps to the wooden floor, leaving behind a bloody pool and splash. Then the knight picks up and carries off the grotesque noggin.

We also see a number of warring scenes. Men slash one another with swords. There are dead corpses laying around in a field, impaled on wooden battlements and leaning up against trees, riddled with arrows. A skeleton of a man rests in a cage, with the victim having apparently been left to die by the side of the road. Gawain retrieves a woman’s severed head that transforms from bone covered in scraps of flesh and hair into a fully fleshed severed head. He reunites the skull with the remains of its corpse. A hunter kills several large animals in the forest, we see their arrow-pierced carcasses.

Gawain gets into a drunken fight at a pub. He’s attacked by a group of young men and women who pound at him, strip off this protective clothing and leave him bound and gagged on the ground. (Gawain sees himself in the near future as a still bound desiccated corpse.) Children watch repeated puppet shows featuring puppets having their heads lopped off (leaving behind a puff of red fabric at the neck).

Gawain grows weak and tumbles down the side of a high rock-covered slope, cutting and scratching his arms and face. Gawain sees his bloodied son die after a future battle.

Gawain drinks pretty heavily while in and around his uncle’s court. He appears quite drunk on a couple occasions. He also drinks wine with dinner in several scenes.

While on his quest, he finds some mushrooms and gobbles them to sate his hunger. But then he vomits and has reality-distorting visions.

[Spoiler Warning] In this version of the Green Knight story, Gawain is a generally vain, ambitious individual who longs for recognition, but who tends to make dishonorable choices throughout. In one possible future, he gains a kingdom but tears it apart with lies and war. It’s only when he faces up to the inevitability of his weakness and death that he’s set free from his torments.

If you’re thinking that director David Lowery’s latest pic sounds a lot like something you may have read in a lit class at some point, your memory hasn’t failed you. For indeed, the original telling of Sir Gawain and the Green Knight was in the form of a 14th Century Middle English poem that weaves its chivalric tale through the King Arthur legend.

The densely worded verse tells of Sir Gawain, one of the most virtuous of all the knights of King Arthur’s Round Table, setting off on a journey of ambition, honor and courage to meet the fearful Green Knight, therein challenging his own limits and sharpening his understanding of chivalry and honesty.

Let me warn you, though, that you shouldn’t venture into Lowery’s version of the tale with hopes of finding a depiction of that sort. There are no glinting-armored knights, epic adventures on horseback, references to God and sacrifice or uplifting lessons of honor and nobility here. This is a much more haggard and bleak cinematic tapestry.

Yes, there are moments and images to appreciate—much like well-framed snapshots from a medieval fever dream—but the film as a whole is a cryptic and surreal slog. And its hero veers from drunken emptiness to an acceptance of unavoidable failure.

In a Den of Geek interview, director Lowery suggested that his Green Knight adventure was a more contemporarily applicable articulation of the classic work. “The quest in and of itself is about a knight journeying towards his inevitable death,” Lowery notes.

I’d have to say, though, that this artsy but gaunt film’s messages reminded me less of its original classic source material and more of a proclamation from another book with an ancient and insightful heritage.

“Meaningless! Meaningless!” the author of Ecclesiastes declares of our world’s empty pursuits. And I’m thinking that, in this movie’s case, his words are very apt.