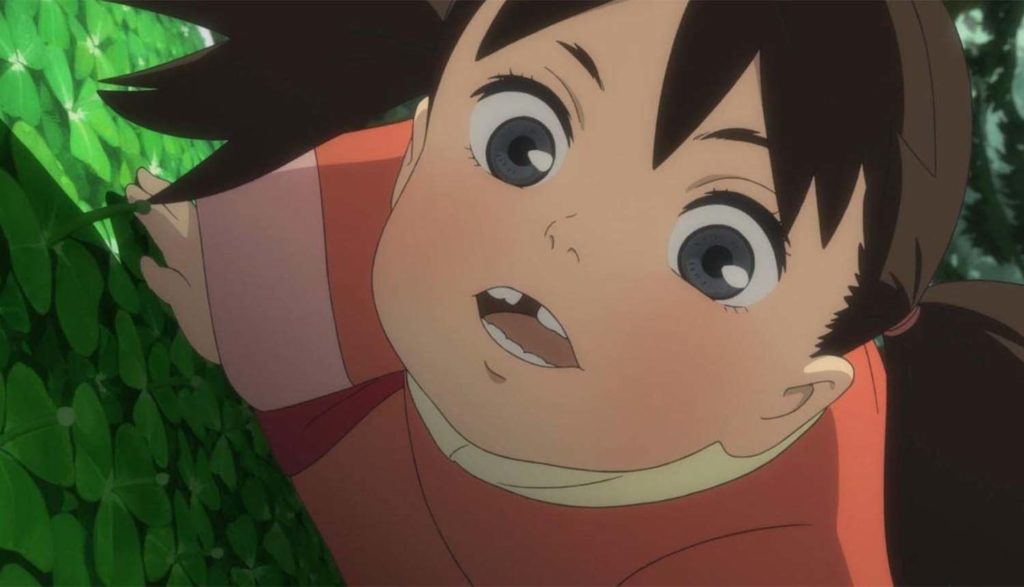 There’s been an uneasy peace between the Empire of Zol and the country of Aquafa, which Zol subjugated after the war ended a decade ago.

Except, Zol didn’t fully conquer the country, because they weren’t able to take Fire Horse Village. Every time they tried, they were pushed back due to a disease known as the Black Wolf Fever, spread by the wolves that dwell within the village. When the wolves attacked, people either died from the wounds themselves or by the disease they spread—except, as it happens, people of Aquafaese heritage, who are completely immune to the Black Wolf Fever.

So, Zol backed off and let the village be, and the disease stopped spreading. But 10 years later, and the wolves have charged out once more, exclusively infecting people of Zol again and causing them to wonder if an Aquafaese rebellion is at hand.

That’s when the empire commissions Hohsalle, a prominent doctor, to look for a cure.

It isn’t long before Hohsalle discovers that an Aquafaese slave named Van was working in a salt mine when it was overrun by the wolves. He was bitten and escaped. Hohsalle surmises that Van’s blood likely has antibodies against the Black Wolf Fever. So he sets off to collect Van and create a cure.

Van, meanwhile, is simply trying to survive. He and Yuma, a slave girl he has adopted, were the only survivors of the wolf attack on the salt mines. Since then, they’ve settled in a small village, and they’ve grown to enjoy the simple life there.

But ever since Van got that bite on his arm, he’s been filled with magical power—and it’s getting stronger. And though he doesn’t quite understand what’s happening to him, it isn’t long before Van realizes that he and those deadly wolves are connected.

We learn early on that after Van left to fight Zol’s advances a decade before, his wife and son succumbed to disease. Since then, he has become a shadow of the legendary man he once was. However, when he encounters Yuma in the salt mines with him—being carried in a wolf’s mouth—he resolves to protect her, risking his own life many times in order to keep her safe.

Van and Yuma develop a loving relationship as Van begins to connect with his adopted daughter. When danger overcomes her once more, he fights desperately to save her, not wanting to lose her like he did his family.

One character eventually discovers that Yuma is not Van’s biological daughter and questions his resolve. Van replies, “Blood ties matter not. She is my daughter.” And when Hohsalle asks Van to describe what Yuma is like, Van gives a lengthy response of Yuma’s small quirks that reveal his fatherly affection for her.

Hohsalle’s desperate attempts to develop a cure for the Black Wolf Fever are also commendable. His own mother died of the disease, and he simply wants to answer this question: Why are people from Aquafa immune while people from Zol are not?

And though rumors of an Aquafaese rebellion are rising, there are many on both sides of the conflict who don’t view it as black and white. An Aquafaese man, looking over the destruction of the one rebellion, questions the motives of his fellow Aquafaese people. He says that the Zol royals had been kind to their village and did not deserve to die.

A small village in which Van takes refuge is made up of people from both countries, and it goes as far to say that “there is no Zol or Aquafa” there—only friends and family.

After being bitten by a black wolf, Van and Yuma receive mystical powers called “Inside Out.” They’re “connected” with everything, Van discovers through nightly dreams. And “all living creatures are at one with each other.”

Because the Black Wolf Fever only affects people from Zol and not those of Aquafa, there are many people who believe “the gods” sent the disease to punish Zol. The wolves that spread the disease arrive in a purple mystical miasma. Yuna (seemingly unintentionally) causes a magical string to pull a wolf away from its prey.

A man prays to gods to save him from death. A religious group fears that using commoner blood for a transplant would taint the soul of their emperor. Characters refer to places as sacred. A man says, “Work as if Death spared you.” A reference is made to prayer. A man declares something as “the gods’ will.”

[Spoiler Warning] Eventually, Van is told that his connection with the Inside Out means he has been “chosen” to be the successor to control the wolves who spread the Black Wolf Fever. He rejects this, and he is briefly possessed before the souls of his wife and son break him out of the trance. Then, Yuma is possessed as well, forcing Van to save her. He emits a golden spiritual light, and he seemingly turns spiritual himself—effectively becoming “at one with everything.” We later discover that he has turned into a deer.

Hohsalle analyzes a diseased male corpse which wears only a scrap garment. Van and Hohsalle bathe in a hot spring; their female tracker, Sae, bathes out of sight from them. Nothing is shown in either case.

The Deer King earns its R rating due to its violence. As the Black Wolf Fever rages across the country, many people die—whether from being torn apart by the wolves themselves or slowly and painfully succumbing to the terminal disease the animals spread.

Most of these deaths are not gore-filled, though we do see the typical anime style in which blood sprays from wounds; people spit out blood to indicate a mortal wound. People die both onscreen and off, but it never feels as if the gore is the focus of the screen. However, there are a few instances that stand out above the rest.

A wolf carries a limp Yuma in its mouth when we first meet her, causing Van to fight the wolf to save her. It bites Van’s arm, and his blood drips to the ground. The wolf then uses the prisoner chain around Van’s neck to choke him until he passes out. Later, as Van and Yuma leave the salt mines, Van tugs on a ladder, causing a tangled corpse to fall to the ground. We see many other bodies as well.

A man shows his diseased leg to another person. He digs his fingers into the swollen wound, causing blood to pour out. It’s implied that a husband and wife who are being chased by an angry mob commit suicide offscreen by jumping into a raging river together. Various people are struck by arrows. In one scene, a man’s arm is seen flying into the air after being cut off by a sword.

Van kills a warthog with his magical arm. Sae kills a fox offscreen for food. Magical lightning strikes a giant tree, destroying it in blue fire and causing its massive roots to destroy a part of a countryside village. A palace burns as a result of a rebellion, and it is implied the people inside died because of it.

A man demands another man lick his bloody, diseased foot to prove his loyalty (this is stopped before it can happen). A boy hits Yuna with an acorn as a prank. A man abandons sick children dying from disease in pursuit of finding a successor. A group makes jokes regarding breastfeeding.

The Deer King is a very pretty film. That makes sense, as it’s directed by Masashi Ando, the chief animation director of the artistic anime classic Spirited Away. It’s a bit ironic, then, that the plot revolves around the nation of Zol being crippled by a disease.

Given the story’s subplots about a ravaging disease, political upheaval and father-daughter bonding, that last one might seem the least interesting. But within that storyline exists a charm that causes us to forget about both the looming war and its plague. The film is at its best when we watch Van tenderly care in many ways for Yuma, such as when he promises to build her a deer whistle, for instance. Like a proud papa, he practically lights up when people ask him about her.

It’s a bit of a shame, therefore, when those other two storylines catch up to us, and Van and Yuma get swept away in the disease and war subplots. And at times, the story’s extensive lore, many characters and multiple storylines cause us to feel swept away, too. The result is a narrative that’s cluttered and confusing at times.

And woven through all the instances of “Wait, who is that guy again?” is some Eastern-tinged spiritual content. Additionally, the big servings of animated violence will give many people pause as diseased wolves tear into victims, people fight and kill one another and even a limb goes flying.

Anime continues to offer compelling stories and plotlines in a way that its real-life counterparts often fall short of obtaining. However, like the battlefields of the impending war that The Deer King teases, this film is a bit too fast-paced, chaotic and muddled to succeed in that venture.

[Editor’s Note: A mother is briefly seen breastfeeding her child. Though nothing is shown, it’s a scene some viewers may want to be aware of ahead of time.]