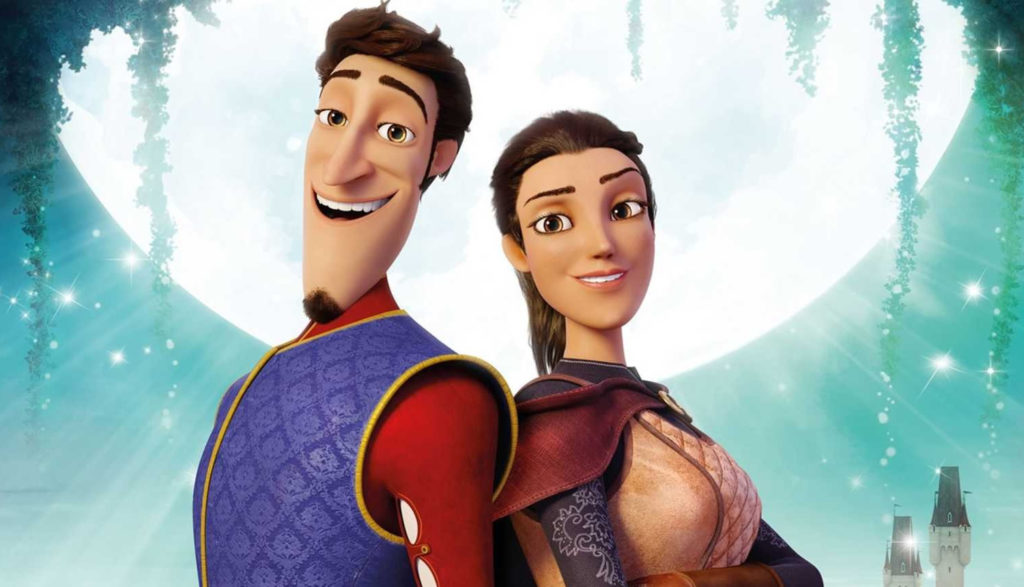 This is the untold about a prince everyone knows. You know, Prince Charming. The man of every hour. The man who doles out life-saving kisses at just the right time. His world-renowned charm has the ability to completely hypnotize any woman.

But it’s not his fault.

See, before Charming was born, his father fell in love with his mother, igniting the jealously of a woman named Nemeny Neverwish. And instead of just moving past her heartbreak, Nemeny waited until Prince Charming’s birth and placed a curse on him: his charm would break the hearts of all women. And on the eve of his 21st birthday he would have to find true love or risk banishing love from the land, forever.

But what happens when you don’t really know what true love is? Every woman Charming has ever met just falls for him. And, sure, he might be engaged to Sleeping Beauty, Snow White and Cinderella, but they’re just place holders.

Well, the real thing still hasn’t happened. And he only has a few days to fall in love or ruin his kingdom forever. So, his father sends him on a journey called The Gauntlet to help him find his one true love.

But in order to understand what love really is, Charming will have to learn about the art of selflessness and sacrifice with the help of his disguised guide, Lenore.

Charming is, naturally, an arrogant man at first. Over time, he becomes brave and selfless. He fights to protect his disguised guide, Lenore, and the people of his kingdom. Charming also learns the difference between infatuation and true love. Charming teaches Lenore how to be an optimist and to continue to hope, even when things seem hopeless. And he eventually apologizes to all the women he’s led on through the years.

Although Lenore initially struggles to open her heart to others, including Prince Charming, she realizes what is and isn’t healthy behavior. For example, when Lenore finds out that Charming is engaged to three different women, she lectures him on the importance of only giving your heart to just one woman. Lenore encourages Charming to be a better man.

Viewers learn that love and significance do not lie in wealth or material possession but in relationships. Lenore learns that “true love cannot save you unless you let it in.”

As a child, Charming was bestowed with the magical gift of, well, charm. An evil witch, Nemeny Neverwish, takes that gift and turns it into a curse through which Prince Charming’s charm hurts those around him by unintentionally leading them on. This same witch uses her magical powers to try to harm Charming, his father and Lenore.

A half-oracle (with only one functioning eye) tries to give Lenore information on her future but is only half right as she predicts Lenore will join a convent (she doesn’t). This same oracle performs a ritualistic dance.

It’s no secret that Prince Charming’s curse has caused every maiden in the land to be completely smitten with him, whether they’re married or unmarried. And that’s the problem. Many husbands in this film go after Prince Charming as their wives no longer love them and overtly dote on Charming. In fact, every time he smiles at them, or they see him, it’s as if they fall in love all over again. Lenore sees Charming flirting with a large group of women and is immediately discouraged.

Charming kisses the three women he’s engaged to in flashbacks (Snow White, Sleeping Beauty, Cinderella). Each of the princesses talks about how Prince Charming gave them “mouth to mouth.”

Lenore, disguised as the male Lennie, asks Prince Charming if he wants a kiss. Then, to break up the awkward tension, both laugh and talk about how manly they are. Prince Charming accidentally kisses a man who intends to kill him.

A naked portrait of Charming covering his privates hangs in the palace. A few animated tribal women wear cleavage-baring tops and loin cloths.

Disguised Lenore and Prince Charming accidentally stumble into a camp of tribal women who are actually cannibals. Charming’s irrepressible and cursed charm temporarily distracts the women, but the half-oracle there still prepares Lenore for breakfast by sticking her in a cauldron.

During a ceremony one of the women says, “If you love to eat people, let me hear you scream!” The cannibals talk about the people they’ve eaten in the past, and we see skulls lying on the ground around them. One cannibal licks prince Charming’s face, thinking he is dinner. A chef threatens Charming and puts a knife to his throat. The prince is pummeled by guards as well as a creature made of stone.

Many husbands run at Charming with cleavers, or whatever they have in hand, even as their wives swoon over the prince. A man is sentenced to death by hanging and he, along with the man intending to hang him, make jokes about death. Lenore knees Charming’s crotch.

Snow White and other princesses talk about how their stepmothers were “complete psychos” who tried to harm and kill them. Lenore shoots and kills three birds for dinner. Charming mentions that his mother died when he was young, although no further details are given.

Prince Charming says someone is a “real pain in the—” and is then cut short. Someone exclaims, “That’s stupid!” Lenore calls herself an “idiot” for falling for Charming.

Lenore has been conditioned to love and trust no one and, especially, never to trust your heart. Instead of opening up to others, she chooses to fill her emptiness with jewels and makes a living stealing from others.

Prince Charming is, at first, spoiled and self-centered. Love is talked about more as a feeling than anything else.

Released in Europe in 2018, Charming has finally landed on Netflix. This TV-Y7 flick is a twist on seemingly every fairy tale classic, about a Prince who just can’t seem to find true love.

Aimed at an elementary-age audience, Charming teaches lessons about the importance of sacrifice and selflessness. It clearly states that we will never be satisfied by material possessions, but only by investing in those around us.

A noble message indeed, but one that comes with its fair share of problematic moments mixed in, given the young audience it’s aimed at. Violence is surprising as Charming and Lenore often find themselves in sticky situations, such as stumbling into a camp full of comic-relief cannibals. And Prince Charming’s ability to woo the ladies causes a lot of emotional turmoil to the families within the kingdom. Then of course there’s the villain, who is actually quite scary at times.

This won’t be an animated movie for all families. But those who decide to watch will experience messages that are both positive and … not so positive.