Borat has always thought of himself as a good guy, a worthy reporter and faithful citizen of his beloved Kazakhstan. He traveled to America to create a film about that nation’s culture for only one reason: to make his great nation even better.

And America loved his film.

Kazakhstan’s Premier Nazarbayev, however, loved it not so much. In fact, he hated it. And he hated Borat himself for making Kazakhstan appear foolish. That earned Borat a permanent place of residence in a Kazakhstan camp of hard labor. And Borat went from pounding out hard news stories to pounding on hard rocks with a pick ax.

Fourteen years later, Borat has been called to the Premier’s office for an important task. He will restore his country’s good name. It seems a new president named McDonald Trump has been elected into office in America. And he is known to make buddy-buddy relationships with all the strong, if somewhat corrupt, leaders around the world. Premier Nazarbayev wants such a good buddy, too.

And if that effort fails, Borat also has a daughter named Tutar, does he not? Perhaps he can give his daughter to Vice Premier Pence. It is said that he is a great lover of many women. Perhaps one more 15-year-old will be acceptable.

Tutar’s a bit old for a man who likes young women, but Borat will find a way.

Tucked in amid myriad crude and coarse moments here, the film does make a few nice (scripted) statements about father-daughter relationships as Borat comes to reject his country’s harsh treatment of women (in the movie’s satirical take on Kazakhstan, that is).

Before the camera’s candid eye, some conservative women try to be welcoming and understanding, even though Tutar makes some rather crude sexual statements publicly. And a woman hired as Tutar’s “babysitter” attempts to get the young woman to stand up for herself.

Borat and his daughter publicly make some very crude comments about Jews, and the camera watches for people’s reactions. Borat orders, for example, a cake inscribed with an anti-Semitic statement, and the baker he approaches awkwardly complies.

In another situation, Borat dresses up as a “Jew” (wearing a demonic-looking getup) and approaches two Holocaust survivors in a synagogue. There are questions raised about the validity of the Holocaust—something Kazakhstan takes great pride in having been a part of, Borat insists. (All of these situations are presented as being candid conversations with real people. But the full validity of that is obviously debatable.)

When approached at a crisis pregnancy center, a real-world pastor argues for a baby’s life, saying, “God is the one who creates life. And God doesn’t make accidents.” (The man is purposely made to look foolish, however, in light of other events that have happened beforehand.) Later, Borat and his daughter stage a crude “abortion-focused” scene in a men’s bathroom to catch passersby reactions. And Tutar cries out, “But the Jesus people say we have to keep it!”

At the film’s beginning, a title card states that the following movie is “Unsuitable for children under 3.” However, after seeing this pic, I’d suggest it read “under 30,” or maybe, “Not recommended for anyone with a pulse.” This is a crude, ugly film . And a good portion of the sexual-sleaze side of its content is aimed at Republican leaders.

An animated children’s fairytale film from Kazakhstan, for instance, portrays the first meeting between Donald Trump and his soon-to-be wife, Melania—crudely depicting his sexual excitement and the abusive things he does right after meeting her. The movie also winks at the idea that Trump is a man who sexually abused young girls. And Mike Pence is treated similarly shabbily, with vulgar accusations being hurled his way.

Rudy Giuliani is singled out for a particularly nasty setup involving Borat’s daughter, Tutar. The actress who portrays her impersonates a reporter while interviewing Giuliani in a hotel suite. Eventually, they end up in the suite’s bedroom (at her suggestion), with Giuliani sitting on the bed. His interactions with her there (taking off his mic, and trying to help her take off hers) involve multiple film cuts that don’t picture Giuliani in a particularly flattering light before Borat bursts unexpectedly into the room.

Much has already been made of this scene in the news, specifically the former mayor of New York City having his hand in his pants after his shirt has come untucked from his mic being removed. Giuliani defended himself on Twitter, saying in response to it, “The Borat video is a complete fabrication. I was tucking in my shirt after taking off the recording equipment. At no time before, during, or after the interview was I ever inappropriate. If Sacha Baron Cohen implies otherwise he is a stone-cold liar.” He also wrote, “As soon as I realized I was set up I called the police.”

Borat and Tutar repeatedly imply that they’ve had sex when talking to a real-world pastor at a crisis pregnancy clinic. The intent is to unnerve him, but the pastor calmly refocuses the conversation back to the value of the life of the child.

Tutar and Borat both refer repeatedly to an official Kazakhstan manual about how to deal with a daughter. And the images and statements about women in the manual are always crude and offensive. Women, for instance, are to be kept in a cage except in the case of sexual activity.

We are shown the half-eaten remnants of a monkey. As a punishment, Borat is attached to the top of a carnival high striker machine that hits him in the crotch each time a strongman attempts to ring the device’s bell. Kazakhstan’s premier describes how he’ll have Borat ripped asunder by cows. Borat and Tutar are both repeatedly thumped about for comic laughs.

Two f-words and a single s-word join a couple uses of the words “h—” and “b–ch,” and a half dozen uses of “a–hole.” God’s name is joined with “d–n” once. Someone uses an offensive hand gesture.

Borat is injected with a virus-infused drug. And later he sings a song in public about injecting Barak Obama with the “Woo-han” flu in an effort to stir up a crowd of conservatives. Several people drink a glass of booze. And it appears that Rudy Giuliani drinks scotch during an interview.

People with a conservative political perspective are made to look foolish and hateful at best and borderline brain dead at worst throughout this film. And it’s all presented as if their bigotry and ridiculous behavior is captured in the midst of candid, real-life interactions. (And while some “gotcha” moments appear legitimate, many of these ostensibly “candid” scenes appear ridiculously staged.)

Borat attempts to enter a real-life conservative event dressed in the hood and sheet of a Ku Klux Klan member. Canadian politician Justin Trudeau is shown in blackface. Borat defecates in a public area.

Sacha Baron Cohen has made a career of creating absurd comic characters and foisting them upon unsuspecting marks. And through that schtick he cherry-picks key filmed moments of awkward reactions in an effort to make those innocent dupes appear as completely moronic and foolish as possible.

Now, 14 years after his first Borat film, he’s back with that pic’s heavily accented persona to deliver what could easily be categorized as an utterly offensive leftist campaign ad. It’s a nasty movie full of scripted moments to make any conservative appear simple and unhinged, as well as unleashing harsh satirical slams against prominent Republican politicians.

That central political theme is then surrounded by the most noxious stuff you could possibly imagine—and probably quite a lot most even remotely normal folks would never imagine. That stuff involves everything from full-frontal male nudity to gags about abortion, public defecation and debased sexuality, to images of female menstruation.

The result? Sasha Baron Cohen’s latest Borat film is more a collection of abhorrent and asinine cringiness than acerbic comedy. And I’ve got a feeling that even those who wade in willingly—those who might share Cohen’s political leanings—may come out the other side feeling quite a bit dirtier than they thought they would. 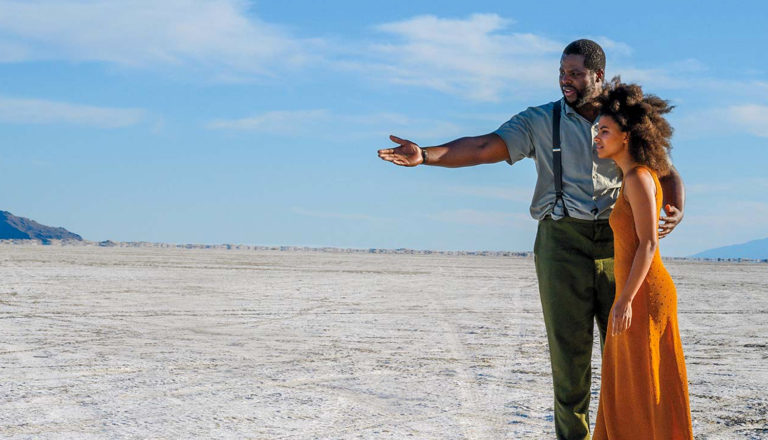