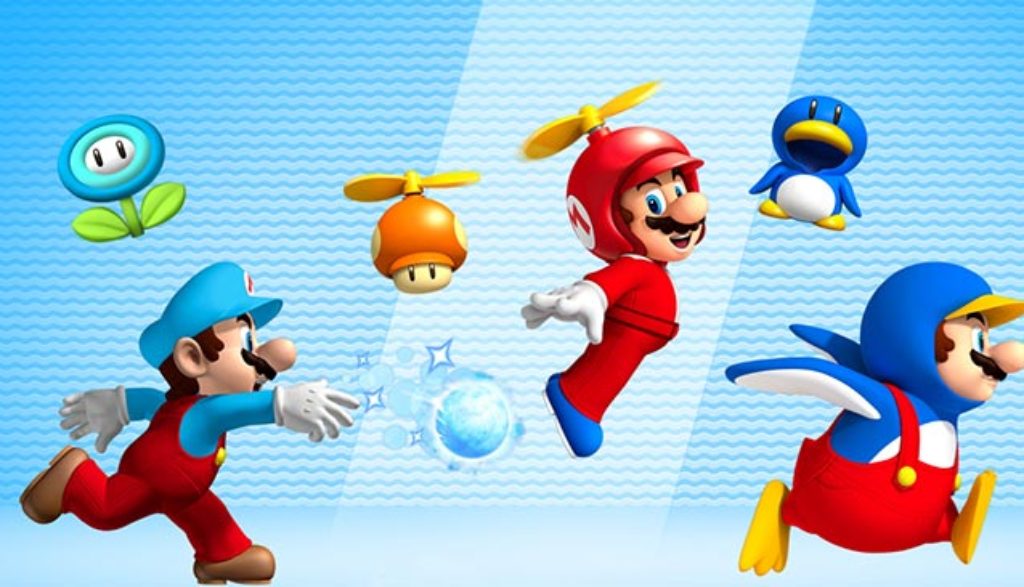 When it comes to side-scrolling 2-D platformers, you don’t get much more iconic than Mario and his brother Luigi. These mustachioed and overalls-clad adventurers have been grabbing coins, stomping Koopalings and head-bopping blocks from the beginning of video gaming time, it seems. And they have at least, oh, a bazillion games under their belts.

As fans of the classic games in this franchise will tell you, if you want to really kick Mario into high gear, just threaten his precious Princess Peach. And, of course, that’s just what that scoundrel of scoundrels Bowser does. Here, he and his minions kidnap the pretty-in-pink princess from her own birthday party and Mario must run to her rescue.

Wii Gotta Save the Day
Gamers control the hero by turning the Wii remote sideways and using the directional pad and numbered buttons much like they would a standard controller. The #2 button directs Mario’s constant jumping and stomping, the #1 button controls pickups and throws, and a motion-sensing waggle of the controller facilitates spins and special moves.

Everything feels instantly recognizable as Mario jumps on multicolored enemies, defends the helpless toads and leaps over all manner of twirling wheels, spinning gears and pools of lava in his pathway.

As with games of old, Mario collects thousands of floating star coins along his course to unlock secrets and clues. And there are all the traditional power-ups and 1-ups in hidden blocks and concealed caves that will aid the heroic plumber through a series of increasingly difficult worlds—each populated by a bad-guy castle and boss battles. Particularly helpful bonuses include a propeller helmet that allows Mario to fly and a penguin suit that offers up ice sliding and snowball throwing abilities.

How Does Mario Spell T-E-A-M?
There is one thing, however, that unsuspecting gamers should be aware of with this classic throwback. Don’t worry, there’s nothing more offensive to see than a few cute skeleton- and ghost-like characters. But if you’re tempted to equate all my talk of old-school gaming with elementary school gaming, think again.

This Mario Bros. title is no pushover. Even seasoned gamers are going to run into stiff challenges. Some levels will demand multiple attempts and cat-like reflexes to eventually conquer. The game isn’t ruthless, though. And it often gives you a couple of ways to slip past the toughest obstacles.

One of those ways involves having a more skilled player help a less experienced one through—because New Super Mario Bros. Wii allows up to four people to play at the same time. So when things get really difficult with that crushing stone block section, Dad can guide Junior, er, maybe Junior can guide Dad past the threat. And if any of the players lose their “life” along the way, they float behind the group in a bubble and can be resurrected with a simple touch from a teammate.

Come to think of it, Mario’s multiplayer ability may actually be the coolest thing about this game. It certainly turns what has traditionally been a fun-but-lonely pursuit into a family room roof-raising rollick for the whole family.