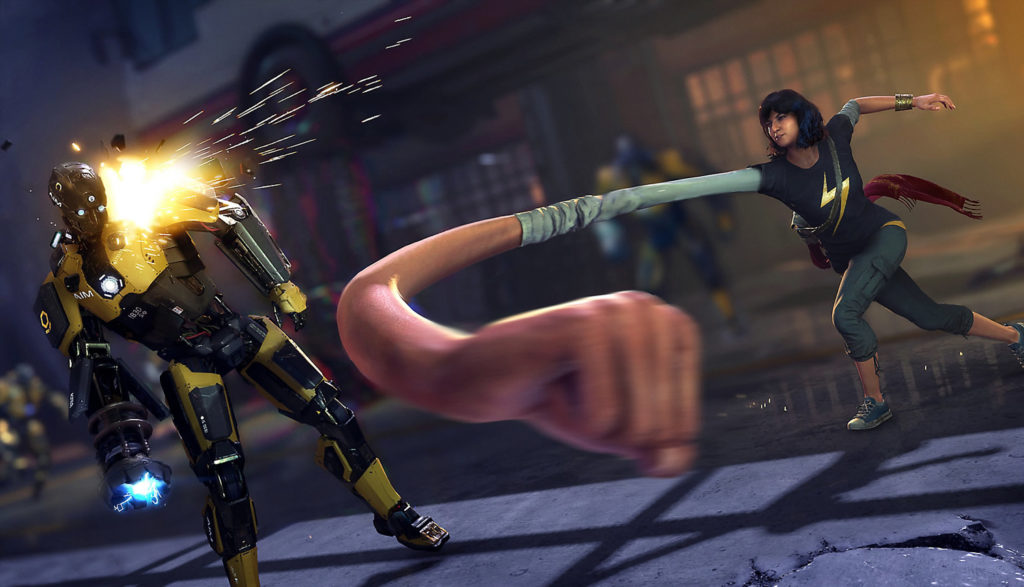 When it comes to Marvel superhero stories, it feels like we know them all pretty well. Between the comics, the movies and TV shows, we’ve seen the same tales play out over and over. Still, the appetite for all things Marvel shows no signs of abating any time soon. Which brings us to the latest video game from the comic book colossus.

The new Marvel’s Avengers game has gotten a bit of critical flack for its early program glitches and grinding post-campaign online play (which allows up to four players to join together). Still, one thing it’s got going for it is a pretty decent and original story.

And the campaign gameplay ain’t so bad either.

A Bad Day for A-Day

The whole thing starts out by introducing us to a girl named Kamala Khan, a young Avengers fan who’s making her way to a special San Francisco-based Avengers event called A-day. She’s eager to see the esteemed super team, but she really hopes they’ll recognize her fan-fiction story entry as a super read. She wanders the exhibits and even gets to meet a few of her heroes in person.

Then, however, something goes terribly wrong. Bad guys attack the Golden Gate bridge. And just as the Avengers assemble to meet that attack, an experimental Terrigen reactor powering a S.H.I.E.L.D. helicarrier—a super device that was going to be a keystone reveal at the A-day event—overloads and explodes. The result is not only massive devastation, but the apparent death of Captain America.

San Francisco is now a quarantine zone full of infectious gas, causing illness and mutations to innocent civilians. Politicians look for someone to blame, the Avengers are disbanded, Stark Industries is dismantled, and a new organization called Advanced Idea Mechanics (A.I.M.) is formed to set all the wrongs to right.

Five years later, though, things aren’t going so “right” as everyone imagined. The mutated “inhumans” are causing havoc, and it looks as if the A.I.M. organization is doing more evil than good.

So it’s up to Kamala—who’s now an older teen with the ability to polymorph her arms, fists and feet into bad-guy pummelers—to sally forth and somehow help put the Avengers back together to save the day.

Players take Kamala, who’s eventually dubbed Ms. Marvel, out on a variety of single-player missions. Along with those expandable limbs, she’s also armed with a piece of key evidence that might help compel some down-and-out heroes to reassemble their team.

From there, Marvel’s Avengers plays out as something of a role-playing brawler. Gamers bash robots and big bosses, playing as the super-fisted Kamala and as other Avengers members (Iron Man, Black Widow, etc.) who are unlocked along the way.

The worst aspect of this T-rated title, from a parent’s point of view, is likely the occasional language (uses of the s-word, “d–mit,” “h—,” “a–” and “son of a b–ch”) that pops up in the dialogue. Those vulgarities mirror language concerns we’ve seen in Marvel’s PG-13 movies, an unfortunate consistency that may push these games out of bounds for younger players.

Frankly, this isn’t the best superhero game ever made. And you shouldn’t expect heroic characters who look or sound like the cinematic heroes you know so well. But working through a good story and opting to fight evildoers alongside your favorite good guys (or in the colorful cape or armor of your favorite good guy) can still yield some high-flying (if occasionally profane) fun.