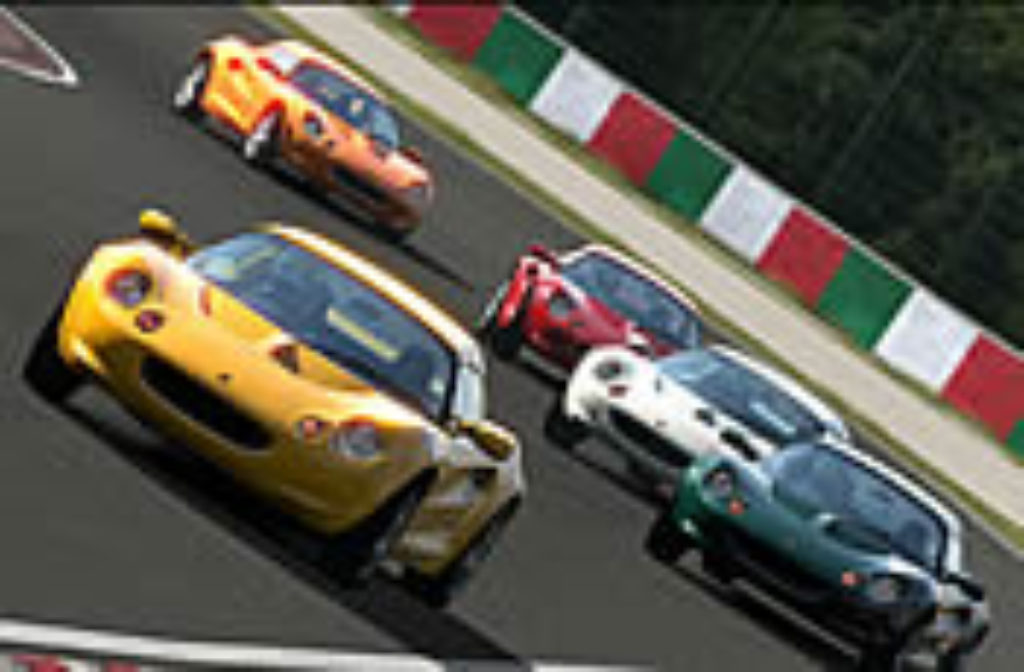 There are three kinds of people in the world: dog lovers, cat lovers and car lovers. And in the latter group, there are those who, more often than they’ll admit, find themselves stuck like a Garfield doll to a high-end automobile showroom window, sighing forlornly over shiny new roadsters way above their pay grade.

I myself have donned a pair of driving gloves and joined that adoring number a few times. (But I won’t own up to anything more than that!) So I recognize the passion for well-turned sheet metal that’s long been a strong selling point for the Gran Turismo video games.

Beauty
Sony’s latest effort in the franchise, Gran Turismo 5: Prologue is arguably the best-looking racing game ever made. When drivers first hit the dealership with 35,000 credits clenched in their digital mitts, they’re faced with an array of beautiful cars that are better than photorealistic—they glitter and gleam, crossing over into the realm of something that could just as easily be hung on the wall as parked in the driveway.

But let’s stop gawking and get driving.

Gamers begin by choosing from a group of street rides that are initially affordable—such as a Mini Cooper, Ford Focus or Citroen C4 Coupe. Then it’s off to the track. Like other games in the franchise, GT5 is all about competing in a series of races and eventually raking in enough dough to purchase more exotic cars and unlock new event classes. Here, over 70 vehicles are ultimately at your fingertips, covering a range of rad rides that includes everything from the Chevy Corvette and Acura NSX to the Aston Martin DB9 and Ferrari 599.

Finesse
Unlike other peg-the-throttle-and-hold-on racers, though, this is a game that’s all about technical proficiency behind the wheel. And each vehicle—from Japanese street cart to Italian supercar—carries its own unique acceleration, steering, drifting and braking characteristics. In fact, keeping the more powerful cars on the track is certainly part of the challenging learning curve as drivers motor up the racing ladder. Traction control, tire selection, transmission choice and an optional on-track “driver’s line” are all helpful add-ons.

Up to 30 racing events are available with tracks and racing styles that include the Daytona Speedway, the rally race at Eiger Nordwand and a fun scenic buzz through Trafalgar Square and the city streets of London. This is another area where the game flexes its powerful graphic muscle as drivers peer through their windscreens at the gorgeously rendered environments that flash past.

And it’s not all solo driving against AI opponents, either. Once players get a handle on the different tracks and cars, they can go head-to-head with a friend or connect online and race with up to 15 other live competitors.

Bumps
Drivers love to gripe—about everything from that guy who just cut you off to how long those red lights stay red. When it comes to GT5, some will be annoyed that, for all of this title’s stunning visuals, the game really doesn’t deliver lifelike vehicle damage when your car hurtles into a wall at 120 mph or gets T-boned in a pile-up. Hardly a ding shows up.

I see this as something of a positive, though. Because it means the game never “rewards” reckless driving with dynamic explosions or collateral billboard or pedestrian damage. You drive well in this game or you lose. It’s that simple.

GT5‘s brevity is another element that’ll torque a few fans. It turns out that the word Prologue in the title means just that—this is more of an introductory sampler than the complete package. The full version of Gran Turismo 5—when it finally come out—is expected to have hundreds of cars, many more tracks and tons more racing action.

But, again, keeping things short and sweet isn’t always such a bad thing. And it results in this game being a little cheaper at the checkout counter, too. (Now, if only I could get a deal like that at the BMW dealer I was at last week.)