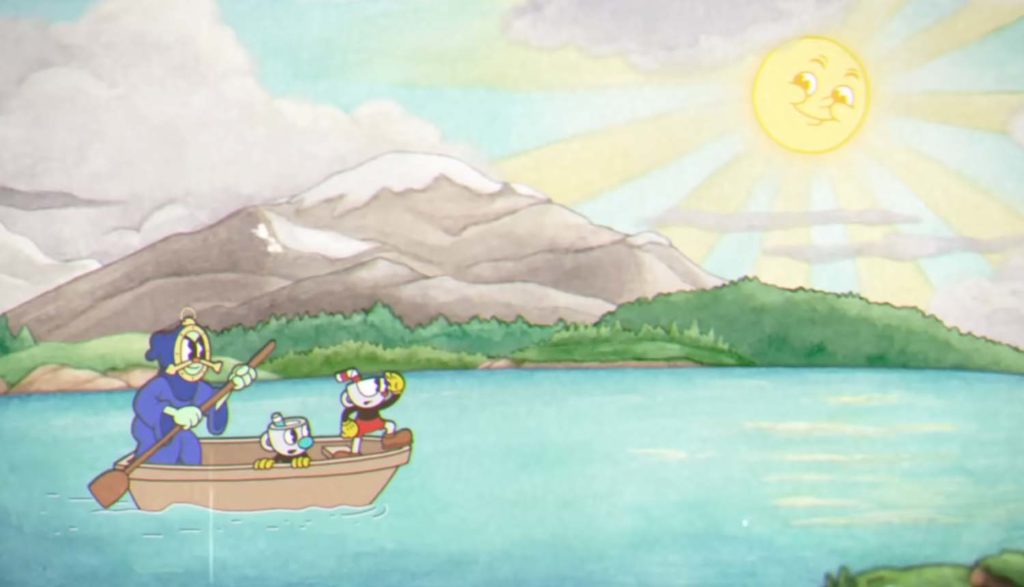 The game Cuphead debuted in 2017 with singular styling, looking and sounding like Fleischer Studios cartoons from the ’30s. In fact, it’s difficult to think of any other game that grabs attention (or for that matter challenges your hand-eye coordination) quite like Cuphead does. Its creators weren’t shy about stepping up to the challenge of crafting a sequel. It just took them a while. After nearly five years of work there’s now a new expansion (or DLC) called Cuphead: The Delicious Last Course.

Those new to the game, though, should note that this isn’t a standalone title.  Gamers have to own, and have played, the original before they can access the flavors of this new, uh, dessert course in-game.

The Delicious Last Course introduces a new playable female cup named Ms. Chalice. In the original, she showed up as a spirit-like character who granted Cuphead and his brother, Mugman, some super-move aid. This go ’round, though, she takes on full cuppy form and sends players off to a new isle and a series of boss levels quests on her behalf.

It seems that Chef Saltbaker, the greatest chef in the land, has created a cookie that can help Ms. Chalice pull herself out of the astral plane and into reality. But he needs to create a Wondertart, concocted with unique ingredients, to help her stay permanently in corporeal form. So the Cuphead Bros. and Ms. Chalice must scour the island and face off with six big bosses to gather their grocery list.

As before, this is a game packed to the mind-numbing brim with side-scrolling and platforming, bounce-leap-and-shoot battles. Ms. Chalice has her own unique dodging, double-jumping and parrying skills. And she and the Bros can visit a local vendor to spend earned cash and buy new boosts and abilities. But there’s a very good reason to play the prior game a bit before leaping in here if your Cuphead reflexes are rusty: This is a difficult series of levels.

The graphics are stunning for one thing; you’ll find yourself just wanting to sit back and watch. But the battles are all filled with constant perils and swirling enemies and projectiles. Your cuppy protagonists have varied energy-blast weapons and defensive jumping skills that you must constantly button-mash through. Meanwhile, spikes rise out of the floor, platforms shift, objects are tossed, and things reach or slash at you from every direction.

Result: You will fail repeatedly before your mind can wrap around (or even decipher) the visual patterns on hand.

To earn in-game money for new upgrades and equipment, The Delicious Last Course introduces a new mountaintop castle area run by the King of Games. He offers a series of chess-based mini-boss challenges that sharpen your defensive and parrying skills for other quest battles.

As with Cuphead before it, The Delicious Last Course is a wonderful visual treat. From its colors and characters to its retro styled art work and old film scene-cards, the game looks every inch like a cartoon from the 1930s.

Though the gameplay is difficult, it’s easy to see how its challenges sharpen your hand-eye coordination and test your mind with the almost subconsciously recognized patterns and repetitions on screen. In terms of positive narrative themes here, by gameplay’s end, it’s very clear that you should never make someone else suffer for the things you desire. And friendship is held up as a gift of great value.

The game features settings and bosses that can be very difficult to beat. And that can be frustrating for kids (or parents) who aren’t willing to rinse-and-repeat their failures and learn to best a level’s patterns. Some scenes even tip the screen sideways and upside down in an effort to make your movements more challenging.

The story itself ventures into spiritual areas that some gamers might have concerns about. The original game featured a lighthearted fight with the devil. And this one focuses, in Ms. Chalice’s case, on the astral plane. Specifically, the line between the corporeal and spirit worlds. There is a battle with giant cartoony angel and devil characters, an icy magician and other magic-focused imagery.

There are references to “giggle juice” when fighting with cartoon bugs in a “Moonshine Gang.” And an oversized cowgirl foe is reduced to hotdogs and beef sausages as our battle with her proceeds.

(None of the above images are disturbing or messy in any way; instead, they’re presented in a very broad, cartoony context.)

Characters use old school exclamations such as “Jumpin’ Jellybeans,” “Oh, my stars!” and “Gadzooks!” Hell is referenced.

Like the original game, Cuphead: The Delicious Last Course is a tasty treat for those who like their games uniquely styled and challenging. But this cherry sundae won’t suit everyone’s gaming menu.