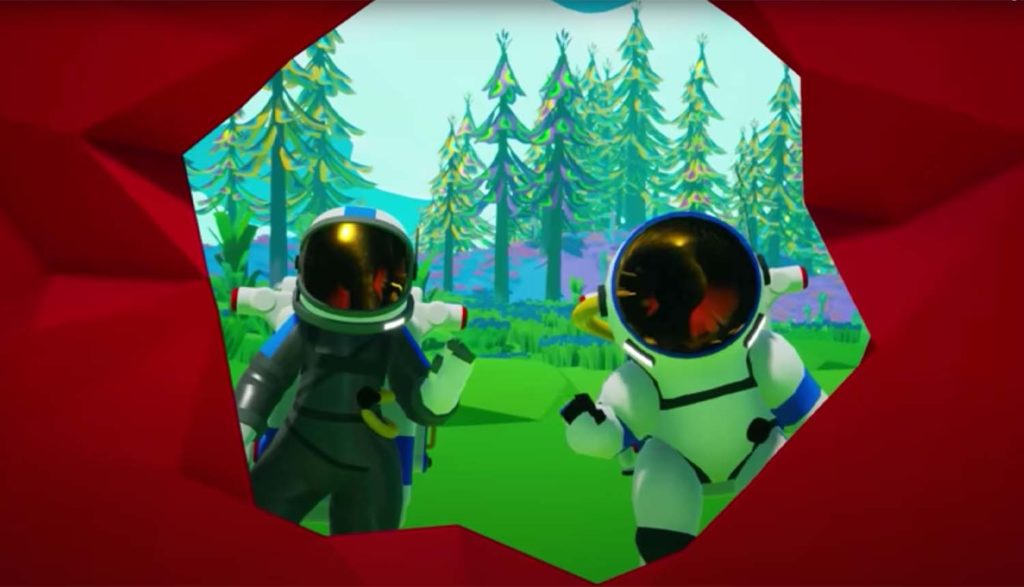 Originally released several years ago for PC, Xbox One and PS4, the indie game Astroneer has finally rocketed its way to the Nintendo Switch. And it feels like this space-exploration-meets-Minecraft adventure game has found a nice, kid-friendly place to land.

Astroneer delivers a pair of solo-play games and some co-op opportunities. The two solo games include an adventure mode, in which you’ll have to keep track of certain challenges and limitations as you explore, and the creative mode, which unlocks everything from the start and lets you amble forth to build to your heart’s content. Co-op play lets you join with up to four friends online (or eight pals if you connect with a dedicated server).

The concept of the adventure mode side of things is straightforward: You are a resourceful, nondescript astronaut who has found his or her way to a distant solar system for a bit of brave and hearty exploration. Your dropship sets down on a planet and then promptly converts into a little shelter that supplies you with some basic oxygen-making, power-generating and terrain-excavating tools.

From there it’s simply a matter of digging up the right resources or scavenging space debris with which you can build better tools, equipment, buildings and vehicles. Using the excavating tool, for example—a large gun-like device that sucks up soil, plants and mineral resources from the ground—you can shape the terrain and even dig caves and tunnels down into the earth to expand your domain.

One of the major obstacles to overcome here is your absolute need for both power and oxygen. (Those are both kinda scarce in deep space.) Getting out of range of the shelter, for instance, will not only limit your activities but steadily deplete your oxygen bar until eventually your little naut falls over and expires. So, finding a way to expand the reach of those resources is a needed first course of action.

The overall goal is to find ways to build up your base and, with your newly created equipment and vehicles, expand your explorations to all seven planets in the solar system. The game is procedurally generated, by the way, so the planets will be different each time you start a new game. And the game’s seven planets will all have their own weather effects and dangers to deal with.

There’s no conversation or dialogue here, so there’s really nothing to worry about on the language front. And the gameplay is very open. Astroneer offers gamers some initial missions to fulfill with subsequent rewards in place. But once the beginning stages are firmed up, it’s up to the gamer and his or her creativity to find a path forward.

There are some environmental perils to overcome in the course of the game. But other than foul weather effects and a few exploding plants, there are no enemies to fret over or defeat.

When an astronaut does die from lack of oxygen or some other danger, he or she simply reappears back at the shelter. Any lost items can be found and reclaimed by locating the backpack that was dropped in the accident.

The biggest drawback to this game might well be the fact that, along with chewing up a lot of planet acreage, Astroneer can eat up a lot of time with its easy-going play. Younger gamers could easily lose track of that precious resource.

In that vein, some younger gamers might also find the open-ended and very lightly guided initial play of Astroneer to be frustrating. But the game offers up an “Astropedia” on its menu page to help. It supplies information about game basics, controls, interactions and terrain tool inventory, along with details about the planets, their environments and possible resources. There are even beginning stage tutorials to be found for those who want additional help.

If you’ve ever played Minecraft before, this explore-and-build adventure will feel very familiar. Add in the fact that Astroneer fits the handheld play of the Nintendo Switch like a well-crafted EVA glove, and you’ve got a space game that’s easy and fun to launch into.