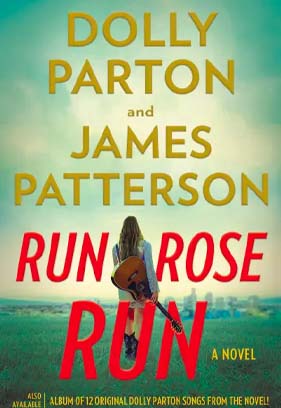 AnnieLee Keyes has the face of a doll and a voice that’ll knock your socks off. And everyone—including country legend Ruthanna Ryder—can hear that this young dive bar singer is destined for a bright future. But it’s the darkness of an ugly past—back when she was only known as Rose—that keeps AnnieLee on the run.

Under the buzzing neon sign of the Cat’s Paw Saloon, AnnieLee Keyes smooths down her hair, yanks the door open and steps inside. She stands there a moment to soak it all in.

But it’s more than atmosphere she’s absorbing. It’s the music of the place. AnnieLee has always heard music in the things of life around her. It’s a kind of second nature for her: The cadence of a dripping faucet or the thump of tires on the highway keeps her mind and her toes ever tapping. On her guitar a G leads to E minor and then D just as naturally as her thoughts spill out in lyrical lines in her head.

And it’s a good thing that her brain has always worked that way. ‘Cause, frankly, it’s the only thing that’s kept her going.

Each sour disappointment, each misery, every thumb-out ride has led her to this place and this day. She’s penniless and hungry—even her beloved guitar was pawned along the way—but she’s finally standing in Nashville. She’s finally following her dream.

The air of the Cat’s Paw around her smells of beer and French fries. The bar is softly lit by Christmas lights draped in multicolored strands. A man stands on a dimly lit stage singing Willie Nelson in a low, mournful voice.

It’s all so typical. All part and parcel of a dive bar. All pretty perfect. Because this is where AnnieLee will start.

She’ll talk to the bartender with the handlebar mustache. She’ll bat her blue eyes and smile her doll-like, pretty smile. She’ll do whatever it takes to borrow a guitar and sing on that grimy stage for the half-dozen, half-drunk people at the nearby tables.

That’s what this version of her does. AnnieLee—who she calls herself nowadays is a wannabe country star. The Rose part of her still quivers inside. That former her still wants to keep running, keep ducking. But AnnieLee wants all that beautiful music inside her to come spilling out. AnnieLee will let it loose and see what happens.

What AnnieLee doesn’t know, however, is that there’s someone else standing in the shadowed back of the bar waiting his turn to pluck out a set. She can’t possibly fathom that this handsome guy—a veteran–turned–Nashville session player named Ethan—will soon fall in love with her music. He’ll gush about it, and her, to Ruthanna Ryder, the now-retired queen of country. And things will happen.

AnnieLee doesn’t know any of that, though. All she knows, while standing in that beer and French fries-perfumed entryway, is the butterflies colliding in her empty stomach and the music swirling in her heart. Past, present and future are all connected and frozen in this very moment and this very place.

And then AnnieLee Keyes takes a step.

There are several loose mentions of faith here. AnnieLee notes, for instance, that “the Gospel according to Matthew” was her mother’s favorite book. Ethan also says that he at one point studied the great country singers “more than a preacher studies the Bible.”

It’s repeatedly stated, however, that nearly everyone in Nashville worships country music—and the money that comes with the business.

AnnieLee states that her father left her family when she was only 7. Her mom remarried, but later died of cancer. So AnnieLee (a.k.a. Rose) and her two stepsisters were left with her abusive stepfather, who wanted to “beat the sin outta them.” As a teen, AnnieLee took up with another abusive man to escape her stepfather.

On the other hand, Ruthanna and Ethan become the first stable and loving people in AnnieLee’s life. Because of her past, it’s nearly impossible for her to tell them about her own traumatic history, and she runs away at the drop of a hat, but AnnieLee slowly begins to trust these consistently giving people.

We see a number of Nashville professionals eager to take advantage of a young girl if they can, and a few upright individuals as well. Because of her lack of money, AnnieLee has to stay hidden from the police, and she sleeps illegally in a park for a while.

There are a couple s-words in the dialogue along with a variety of other crudities, including uses of “h—,” “a–” and “d–n.” Crude references are made to breasts on several occasions.

AnnieLee cuts her performance teeth in a number of local bars. And though she usually sticks to club soda, she does have a drink of something harder on occasion (ie: champagne). Others, however, are not shy about drinking, beer, wine and various blends of hard booze.

We’re told of how abusive AnnieLee’s stepfather and older boyfriend were—manhandling and physically beating AnnieLee and her young sisters. AnnieLee is also attacked on several occasions by unknown assailants in Nashville. In one case she’s taken by surprise while in the shower. The two attackers punch her in the chest and stomach, pound her to the floor, bite her on the back and knock her unconscious with a boot-kick to the head (it’s implied that they may have raped her while unconscious.)

She’s also thrown to the ground and held down by men in a dark alley who move to torture her with a cigarette lighter before they are scared off by her rescuer. She comes out of these attacks  bruised and bloodied. AnnieLee has to jump from a third story balcony to escape yet another attacker (this one with a gun) after driving her stiletto heeled shoe into his eye socket.

We hear about a young girl who became wrapped up in the country music scene and was so disillusioned and depressed over how she was treated that she committed suicide. In a similar tale, Ethan talks of a friend who failed at the business and “nearly drank himself to death.” Ethan also tells the story of a loved one who was strangled to death when he wasn’t there to protect her.

[Spoiler Warning] Though AnnieLee and Ethan are mutually attracted, their relationship takes a long time to develop because of sexual complications in their past that both are reluctant to work through. Ethan, for instance, was married and cheated on.

AnnieLee’s past was much more excruciating. She was not only abused sexually as a teen but then sold into human bondage. She spent several years held captive and forced into paid sex.

Eventually, AnnieLee and Ethan are able to work through their trauma. The two become engaged.

Authors James Patterson and Dolly Parton have created a well-written and immersive tale. It’s a heaven-and-hell story of an abused young woman reaching for stardom. More importantly, though, is the love, acceptance and sense of redemption she eventually finds. It’s not a spiritual deliverance, and spiritual redemption is never discussed, but the secular parallels are easy to identify.

That said, the protagonist of this story comes from a place of dark physical and sexual abuse that’s been thrust upon her. And though the book doesn’t examine that mistreatment as closely as it could, it’s still a story of pain and emotional scarring.