The Road to Oregon City — “The Oregon Trail” Series 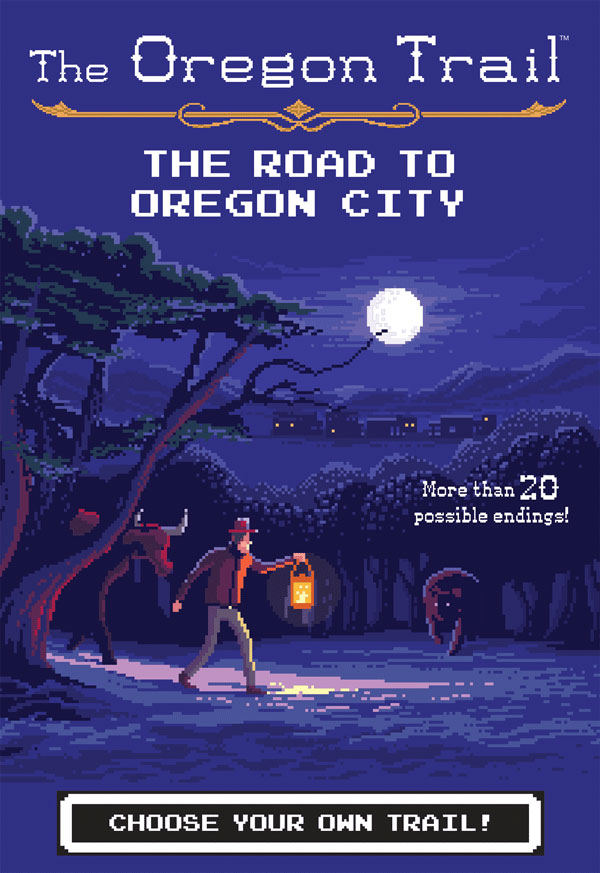 In The Road to Oregon City by Jesse Wiley, readers imagine they’re pioneers headed to Oregon City from the Snake River in 1850. The choices they make determine whether they reach their destination or die on the trail. It is the fourth book in the “Oregon Trail” series.

It’s the end of summer in the year 1850. Along with parents, siblings and other wagon train members, the reader has traveled more than 1,300 miles across territory that will later become Kansas, Nebraska, Wyoming and Idaho. The party is on the homestretch, but many obstacles still lie between them and a new life Oregon City.

With 23 possible endings, there’s still a possibility that readers will never reach the trail’s end. They may succumb to gangrene, dysentery, rabies or bee stings. Tempestuous river crossings may leave members of the party or oxen dead.

Accident and injuries, including drowning under ice, falling off a cliff or sleeping too close to the campfire, will end their journey abruptly. If the lack of supplies doesn’t do them in, animal attacks, avalanches and the deaths of loved ones may. A few of the conclusions don’t end in death but force the reader and family to put down roots earlier than expected. Only one ending shows the reader and family settling as planned in Oregon City.

A trail guide in the back of the book provides warnings about potential hazards. It also highlights the importance of consulting wise helpers and staying with your wagon train community.

Ma, Pa and the wagon train leader, Caleb, address and overcome impediments throughout the journey while managing day-to-day activities, such as hunting, cooking and wagon repairs.

Accident and injuries, including drowning under ice, falling off a cliff or sleeping too close to the campfire, end their journey abruptly. If the lack of supplies doesn’t do them in, animal attacks, avalanches and the deaths of loved ones may. None are graphically depicted.