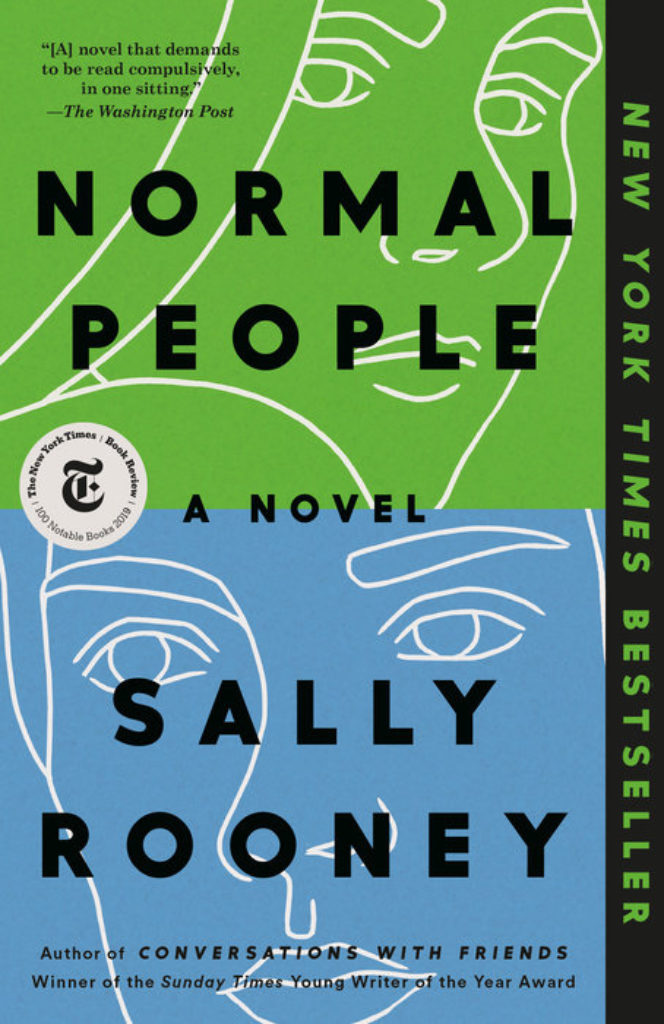 Normal People by Sally Rooney explores whether lovers Connell and Marianne can find happiness despite the abuse, depression and emptiness of their pasts.

Marianne and Connell live in the Irish town of Carricklea, where Connell’s mother cleans for Marianne’s wealthy family. Marianne’s high school classmates consider her odd, but Connell finds her fascinating. He won’t acknowledge her in public for fear of peer ridicule, but he convinces her to be his secret lover. Connell feels a connection with Marianne that he has never felt with other girls.

This story follows Marianne and Connell through their years at Trinity College in Dublin. Despite the other relationships in which each engages, they are always drawn back to one another. Sometimes one travels, goes home or lives abroad for a while. They keep in touch by email and frequently run into each other at parties. Periodically, their relationship is rekindled, and they become lovers again.

In between, Marianne finds herself in abusive relationships. Her now-deceased father physically abused her, and her brother carries on the tradition when she’s at home. Her mother allows it and says Marianne is weak.

In dating relationships, Marianne urges men to dominate her, beat her and do whatever else they want. Connell deals with severe depression, anxiety and suicidal thoughts after one of his old friends kills himself. Connell and Marianne help each other through trials and failed relationships, providing the stability that no one else can.

Connell rescues Marianne from her house after her brother beats her up. They become a couple in earnest, no longer concerned about anyone’s opinions. As the story ends, Connell considers accepting a scholarship in New York. He wants Marianne to go with him. For the first time, she feels secure enough in herself and in their relationship to say “no.”

Marianne’s mother, father and older brother abuse her physically and emotionally throughout her life. Connell’s mother says she’s glad she had him, even though life as a single mother was tough. She invites him to have high school girlfriends stay the night, as long as he uses protection. One of Connell’s high school teachers flirts with him frequently during class. After he’s in college, she tries to get him to have sex with her.

The Lord’s name is used in vain. Words including s—, the f-word, pr–k, p—, d–kand c–k appear frequently. Marianne’s brother often grabs and hits her. He and her mother indicate she is worthless and should kill herself. Several of Marianne’s boyfriends verbally abuse her. Various men beat her, tie her up, choke her, hit her with a belt or take naked photos of her.

Alcohol/Drug Use: Connell, Marianne and most other characters frequently drink and attend parties. People often get drunk to the point of passing out. Marianne tries cocaine and sometimes uses marijuana.

Tobacco: Many characters smoke cigarettes on a regular basis.

Suicide: One of Connell’s friends kills himself. Connell becomes depressed and has fantasies about killing himself. He gets help from a counselor and begins using prescription medication to improve his mental health.

Prejudice: One of Marianne’s boyfriends makes derogatory remarks about Asians.

Women: Marianne urges men to treat her badly because it is the only way she knows to conduct relationships.