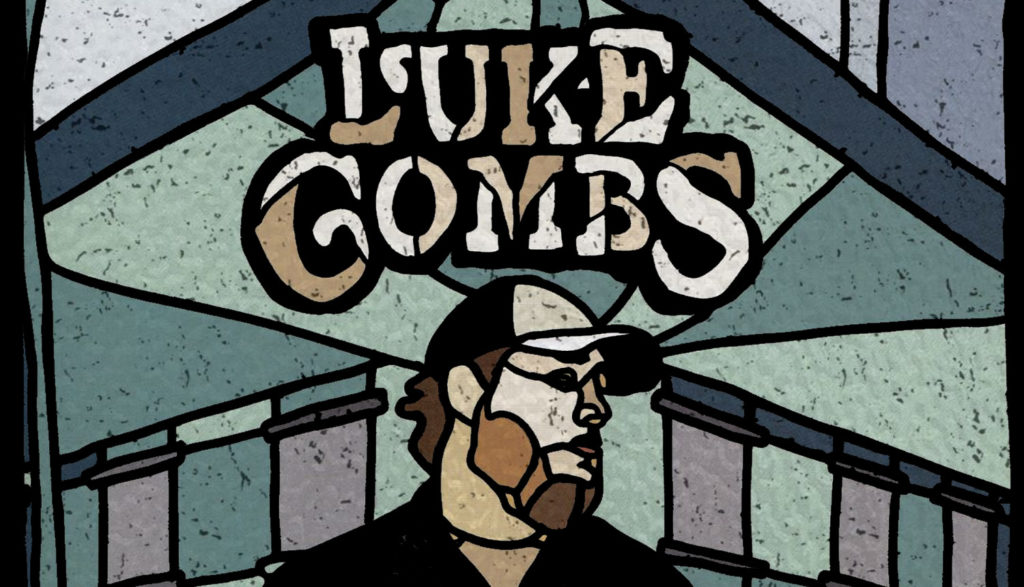 Luke Combs’ debut album, This One’s for You, is bookended by two songs celebrating adventure and good times. And those themes summarize this entire collection. “Out There” kicks off with a fresh, club-friendly beat that coincides with the lyrics, “I’m just trying to get loose, trying to make a move/Don’t matter what we do.” The closing song, “Honky Tonk Highway,” features Luke “on the road” with his band, where the life of “smoky bars, guitars, breaking all the girl’s hearts” is “the only life for me”.

Released on June 2, 2017, this album spent 50 weeks atop the country album chart after debuting at No. 5 on the Billboard 200. And it definitely showcases Combs’ songwriting abilities. He cowrote all 12 tracks, commenting in an interview with Nash Country Daily that these songs are “a good synopsis of who I am.” He also added, “I don’t think there’s one track that sounds the same as another.”

Indeed, Combs’ style ranges from traditional guitar-driven country sounds laced with the predictable beer and country-road references to more contemporary vibes. As is often the case in country, the result is a combination of praiseworthy lyrics mixed with some problematic ones.

In “This One’s for You,” Combs thanks God for his parents and friends, as well as acknowledging that he has “made more than my fair share of the same mistakes/Bridges burned and lessons learned.” A similar theme of apology runs through “Be Careful What You Wish For,” where Combs’s regrets leaving his girlfriend. We hear more of the same in “Memories Are Made Of.”

“One Number Away” is dedicated to the girlfriend he left, where he confesses, “I’m dying inside/Got my head in a mess/ … I lied when I said, ‘I’m leaving and not coming back.’” Thus, Combs seeks forgiveness and reconciliation in a relationship he has burned.

“Hurricane” and “I Got Away With You” are both love ballads to a girl, filled with romantic flourishes such as, “You hit me like a hurricane.” Combs’s also playfully compares running away with his beloved to stealing “the crown jewels” from “Buckingham.”

But not everything here is romantically innocent. Some innuendo and suggestive lines creep in occasionally, too. On “Hurricane,” we also hear, “You done killed the lights/Bent my heart back to your bedside.” By contemporary standards, references like those aren’t exactly explicit. That said, it’s also clear what Combs is referring to here. And on “When It Rains, It Pours,” we hear, “I got the last spot in the Hooter’s parking lot/And the waitress left her number on my check with a heart.”

In addition to a few sensual nods, alcohol is mentioned frequently. “Beer Can” traces Combs’ indulgences of it over a long weekend. Each night, he plans to “throw back a couple and/Keep ‘em glued to my right hand/ … Until the point where I can’t stand”.

On “Don’t Tempt Me,” Combs confesses, “Known to have a little bit of beer with breakfast,” and “Yeah, this old boy’ll drink you under the table.” “One Number Away” describes drinking whiskey as an escape from pain; in “Honkey Tonk Away,” excessive drinking is justified because it relieves tension and it’s just having a good a time.

Language-wise, Combs uses the s-word three times and “d–n” twice, while “h—” is misused twice, too. In “When It Rains It Pours,” Combs’s complains about his girlfriend waking up “fightin’ mad/B–chin’ and moanin’ on and on.”

This One’s for You takes listeners on a roller-coaster ride through the highs and lows of life, offering moments that are beautiful, recalling times that were easy and fun, as well as chronicling painful romantic ruptures that break a heart in two. This album’s portrayal of reconciliation, gratitude, laughter, and—of course–love paint an honest picture of what it means to live humanly.

A few lyrics contain suggestive or profane content, though these moments tend to be brief, and the language is never graphic enough to warrant it an explicit label. However, alcohol remains a pervasive theme throughout these 12 songs, and it is often abused to the point of drunkenness. These issues dampen the positive themes found elsewhere on the album, making it one that, despite the title, may not be for everyone. More by Anne Ziegler
Back to Top