Throughout a decade of artists reinventing the rap genre, Future has modeled dependability in his sound and style. Releasing close to two dozen full-length albums in the past decade, he’s set the standard for production in the industry and made quite a few friends along the way.

Some of those high-profile friends such as Drake, Young Thug, and Travis Scott, pop up on High Off Life’s sprawling tracklist. Where featured artists sometimes create a shift in tone, Future’s friends only amplify his characteristic emotional turmoil and glamorization of materialism.

Future’s music often receives praise for bridging gaps between divisive groups – the rich and the poor, the city and the streets, the sober and the, well, not-so-sober. Yet, these gaps sometimes emphasize his own self-contained world of pleasure and excess above advocation for social change.

Future’s never been shy about his various addictions and crippling hedonism, which both make appeaances agaain here.  In the end, the album’s title sums it up pretty well. Future’s lifestyle is overstuffed with drug addiction, sexual pleasure and profance behavior, to the point that all he needs really needs to get high is his life.

Positioned on the back end of the album, “Accepting My Flaws” feels like a widening hole in a wall of mind-numbing vulgarity. In a single, long verse that resembles a confession, Future admits a few things: “I’ve been sufferin’ withdrawls, missin’ out on real love.” He’s apologetic (“Lord, forgive me, I’ve been on a rampage”) and reflective, (“Sittin’ out on my porch, I’m in disbelief/Give me glory, give me Lori, that’s victory.”) The “Lori” name-drop here refers to his current girlfriend, and most of the track praises her for “acceptin’ all my flaws.” Future’s self-awareness enables him to write, “I can’t be a role model, ‘cause I’m a trappin’ king.”

In another moment of name-dropping, Future sings about his family’s struggles with sickness on the track “Trillionaire.” “Wish I had a cure on sickle cell, hate to see my sister suffer/You can never put a price on how much I love her.” Future’s rare and tender assessment of the dignity and worth of his sister’s life suggests more emotions swirling beneath the surface.

On “Up the River,” Future reflectively pokes through a haze of murderous threats to say, “Surrounded by the drama/Need to get my conscience back/Sometimes I feel like I’m runnin out of breath.” And on “Hard to Choose One,” we hear, “Money and sex is bringin’ me problems.”

High Off Life’s 21 songs each feature harsh profanity infused with graphic portrayals of sexual activity and R-rated threats. Future rarely lifts his foot off the gas as he weaves together lines about spending eye-popping amounts of money and engaging in promiscuous activity with multiple women. There’s little remorse to accompany his braggadocious attitude.

In the midst of issuing threats against his enemies on “Ridin Strikers,” Future sings the line, “Can’t stand it, won’t enjoy life if it ain’t toxic” which pretty much works as the album’s thematic summary. “Posted With Demons” graphically references (and perhaps crudely critiques) a pimp’s attitude toward prostitutes whose earnings he takes.

“Hard to Choose One” summarizes Future’s sexual endeavors with the line, “Hundreds of bad b–ches/Hundreds of baddies, it’s hard to choose one.” “All Bad” includes featured guest Lil Uzi Vert’s graphic portrayal of oral sex and how “too many girls ‘sposed to call back, I got em all in line, the fiendin’, yeah.” “Solitaires” adds rapper Travis Scott’s perspective, “All this money bring the power, I didn’t make the rules.” He continues, “Solitary diamonds, solitary jewels/Girls gettin’ naked in my swimming pool.” Meek Mill shows up on “100 Shooters” with the lines referencing his wealth and receiving oral sex in a Lamborghini while driving it.

Across his discography, it’s clear that Future’s knowledge of drugs might rival that of your local pharmacist, albeit not from a surplus of formal education and training. Rather than write a Wikipedia page worth of Future’s drug references, here are a few lines that sum up his latest thoughts on drugs: “You need some Molly in your drink to boost your self-esteem.” “Drank the drank and popped a couple beans, now I’m cocky.” “I’m just a walkin drug store, don’t you be mindin me.” “Numb to the pain, so I keep a smile.”

“Pray for A Key” shows Future asking God to send him a girl he can enjoy and take with him on his misadventures, and it features a few of the album’s more vivid descriptions of drug use and sexual pleasure. The song “One of My” provides a window into the album’s excessive profanity with its 52 uses of the word “n-gga.”

When Future raps about mindless sex in designer-brand clothes fresh off a bank robbery fueled by drug use, there’s a brief view into his identity as a human. His motivation is clearly fueled by an incessant sexual drive and the magnetic allure of money and fame. Tracks offer paradoxical awareness of the walls that Future’s built up in his life, as well as the fact that he’s far from interested in tearing most of them down anytime soon.

In fact, High Off Life finds Future continuing to add brick and mortar to his pre-existing philosophical foundation. Inside his world, sex is as easy as exercise, vocabulary is “colorful,” and the drugs are overflowing. These extreme habits lead him to exuberant peaks and demoralizing valleys, a pendulum swing he seems conttent to keep riding into the foreseeable future. 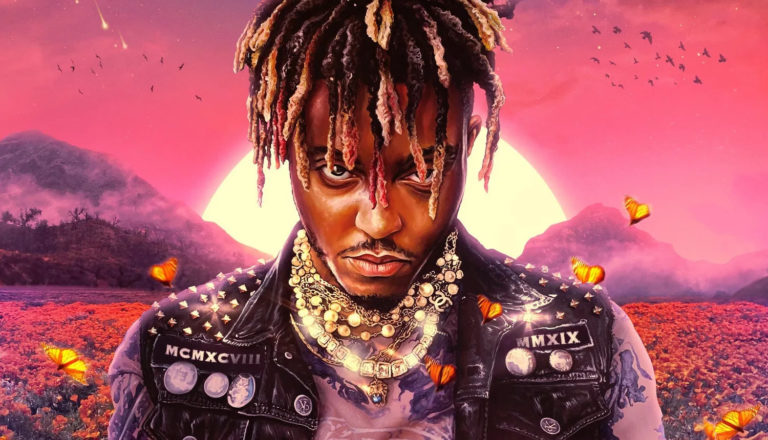