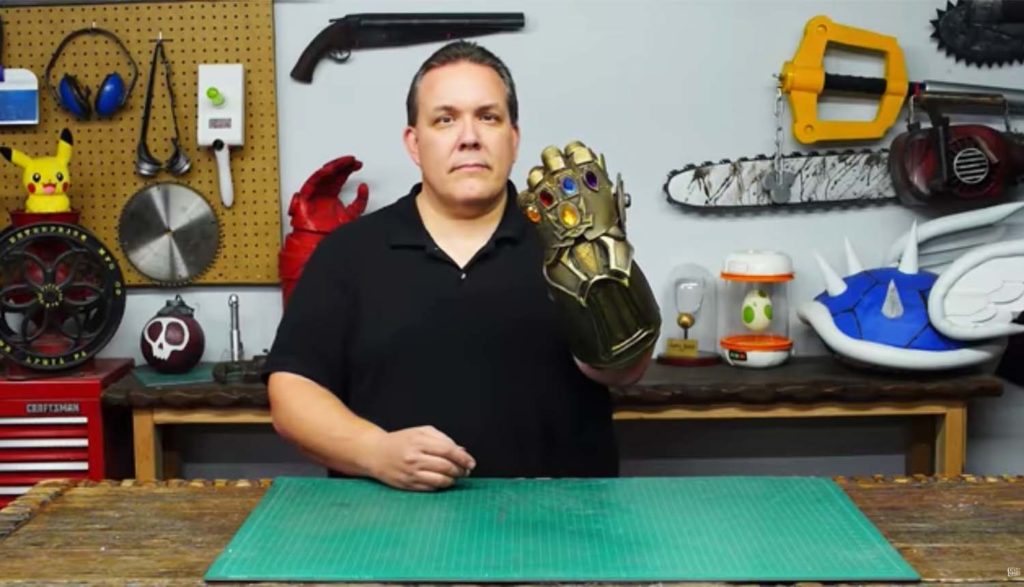 Wouldn’t it be cool to have your own Portal gun? Or how about Star Lord’s mask? Perhaps you’re more partial to owning your very own Gonk Droid from Star Wars?

Whatever your favorite entertainment prop is, Odin Abbott has probably made it on his channel, Odin Makes. What’s more is that it’s likely the best balance of cost and quality you’ll be able to find. What’s best is that Odin explains exactly what he’s doing, so viewers up to the task can make it their own.

His creations span all types of entertainment—from Marvel movies to popular video games to anime, meaning that most will find at least one video on his channel that will interest them. And though most of Odin’s weekly videos last roughly between 10-20 minutes each, he also uploads occasional live videos in which he shows just how long it actually takes to make some designs.

Odin Makes is a positive example of the classic advice, “if at first you don’t succeed, try, try again.” In an interview with Beyond Geek, Odin comments that when he began, “all I had was trial and error, books, and magazines.” Additionally, he says “don’t be afraid to fail. It will happen. Roll with it, and what you get may be better than what you planned for.”

And, simply put, it’s fun. Odin’s passion is apparent in his videos, and he provides great instruction for those who may desire to follow in his footsteps to create replica movie props (though for many of the creations, parental guidance may be needed due to the potentially dangerous tools and machines he uses).

In Odin Make’s YouTube trailer video, Odin is seen pretending to smoke a cigar. A guest says a swear word which is bleeped out, and a photo of men wearing costumes that show a large amount of their rears is shown. Additionally, though Odin’s standard videos are typically clean, his livestream creations occasionally have some language, such as “crap” and the s-word (albeit said the Irish way). Other instances of swear words are usually bleeped out.

Every Friday, Odin will play the popular murder deduction game Among Us with his Patreon supporters (a website which provide special perks for fans in exchange for a monthly subscription payment). Because Odin brings on many subscribers during these, viewers may be exposed to swears (though a cursory glance through a couple of these videos did not reveal any).

Odin Makes will inspire many to learn how to start creating their favorite props and video game objects. It’ll certainly at least get the creative juices flowing. The swear words (typically censored out or limited to the livestream videos and very scarce overall) may be the only thing that gives parents reason to pause.