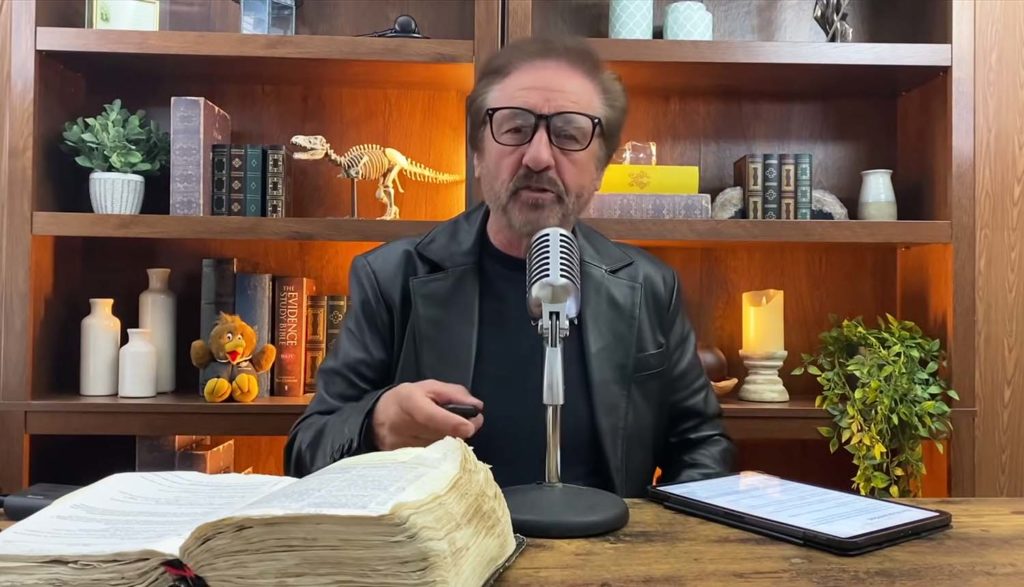 “And Jesus came and said to them, “All authority in heaven and on earth has been given to me. Go therefore and make disciples of all nations, baptizing them in the name of the Father and of the Son and of the Holy Spirit, teaching them to observe all that I have commanded you. And behold, I am with you always, to the end of the age” (Matthew 28:18-20).

When it comes to the call for Christians to evangelize, it can be easy for us to back away from that duty through many excuses. Perhaps we don’t know what to say or how to get started. We might feel afraid of what might happen. We may even think we don’t have the time.

In those moments, it can be helpful and encouraging to check out Ray Comfort’s YouTube channel, Living Waters (named after his ministry).

On the channel, Ray has hundreds of videos uploaded. In them, viewers watch as Ray shares the full gospel with people he encounters on the street. And though these people have different questions, comments or theories about God or Christianity, Ray ensures they focus on Christ and His sacrificial saving work for our sins. He doesn’t want people to “accept” Christ; He wants them to repent and believe as Jesus tells us to do.

“Many people have accepted Jesus Christ, whatever that means, but they’re still strangers to genuine conversion,” Ray says. “This is because ‘accepting Jesus’ is nowhere in the Bible. The Bible speaks of repentance and faith.”

Ray provides a concise and clear logical argument for God, helping walk his interviewees toward the truth. In a typical video, Ray will explain, for instance, how God must exist, as it is a scientific impossibility for anything at all to be made from nothing at all. He points out the same truth that led Cold Case Christianity author J. Warner Wallace to Christianity: that the secular argument for the beginning of the universe is self-defeating.

“It’s the idea that everything in the universe, all space, time, matter, physics, chemistry, all of that stuff, comes from nothing at a point in the distant past,” Wallace said in an interview with Focus on the Family. “That means that whatever causes these things to come into existence has to be outside of space, time and matter.”

Ray then uses our failure to be able to follow the Ten Commandments (which act as a summary of the rest of God’s moral law) to show how no one meets God’s perfect, holy standard of what constitutes being morally good. Finally, Ray comforts the listener by telling them of the way we can be saved from God’s righteous wrath falling upon us: by repenting of our sins and believing in the finished work of Jesus Christ, who took the wages of sin (that is, death) upon Himself for all those who repent and believe in Him.

Ray finishes by pleading with the listener to think about his words, giving them resources to read and praying for them to repent and believe.

But Ray doesn’t simply have a mouth to explain the gospel; he has a heart for it, too. His love and kindness for the people he speaks with is evident—so much so that even those who have publicly mocked and ridiculed him have expressed surprise at how well he treats them in return.

Ray’s videos also aren’t afraid to speak about subjects that some might consider taboo. He has many videos that talk about the subjects of abortion, demons, pornography and racism, among many others, made to protect and dissuade people from dangerous, harmful and sinful things. A couple of his videos also evangelize to Mormons and explain the differences between Mormonism and Christianity.

Living Waters itself does not produce many content concerns at all, but because Ray is evangelizing to many, some of the people he encounters do not take his words kindly and lash out. In one video, Ray shares the gospel with an openly racist man, and in many other videos, people swear (though the channel makes sure to censor their language for viewers).

Because of the adult topics addressed in some videos, including pornography, the Holocaust and abortion, parents may want to watch beforehand to ensure that a video’s subject matter is something they are ready to talk with their children about.

Living Waters provides its subscribers and viewers a way to see the seeds of the gospel being planted as well as a helpful tool in thinking about how we can pursue the Great Commission. Ray provides an educational teaching of God’s just wrath against sin to reveal to people their need for a Savior, and he shows them how God has provided that Savior through Jesus Christ, whose sacrifice covers all those who repent of their sins and believe in Him.

And for those who are not saved or aren’t sure how to articulate the gospel, this channel’s hundreds of videos will provide you with the knowledge you need.