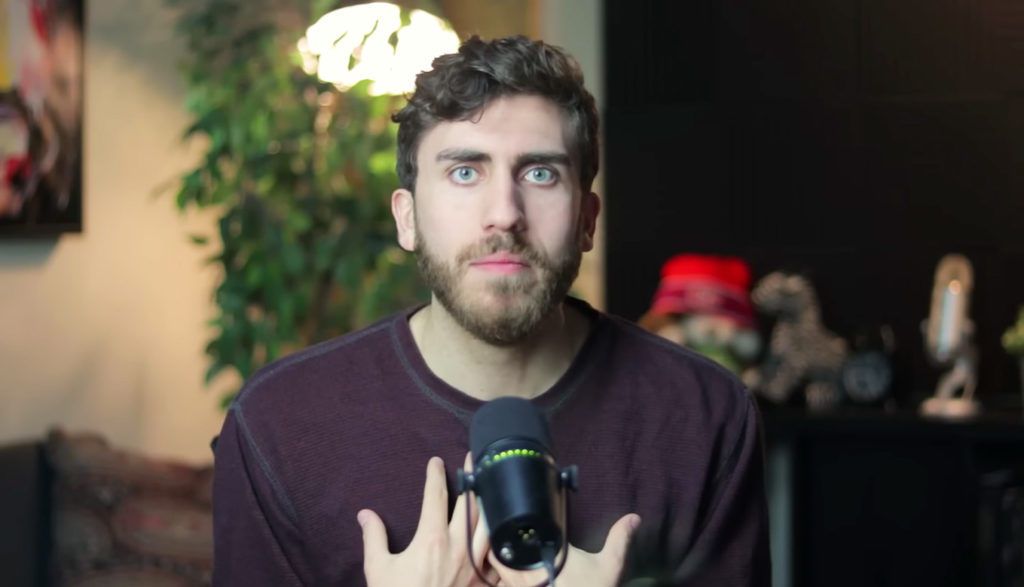 Isaac Mogilevsky wants to share the gospel with as many people as possible—and he’s pursuing that goal through social media.

His YouTube channel, Daily Disciple, grew from wanting to help people follow Jesus daily by breaking down questions and struggles so that viewers can receive the invitation that Christ offers—to take up their cross and follow Him, every single day.

But Isaac also knows that, even for Christians, there might be some lingering doubts. And that’s OK, because he believes that he and his viewers can work through these questions together.

“Jesus said He’s the Way, the Truth and the Life, so if that’s true, my whole life needs to be committed to this,” Isaac said in an interview with Plugged In. “And in that, there is a lot of vulnerability because, in the midst of that truth, there are still questions and things we’re struggling with and gaps in our understanding.”

And even when helping viewers through their questions, Isaac knows he isn’t perfect either; he has his own struggles—struggles that force him to surrender to God and watch how God uses the channel to help his viewers, as only God can bring growth.

“Having that constant reminder has formed and transformed my relationship with God, because I’m constantly confronted with my own weakness, insecurities and flaws,” Isaac said. “But in the midst of that, He’s caused me to go that much deeper in relationship with Him and surrender to Him.”

And through God’s grace, Daily Disciple reaches believers and unbelievers with the truth of the gospel and its power to transform our lives.

Isaac engages his audience in a humble and conversational way. Rather than simply dumping information on his viewers, Isaac often expresses the importance behind the topics he talks about, and he admits when he also struggles with something. He desires that people who watch his channel don’t just know the what behind an issue but also the why.

The channel frequently corrects faulty teaching with grace. The desire to lead a person to Christ is evident, but Daily Disciple doesn’t compromise on the truth in pursuit of that goal. Isaac shares the full gospel, including how we have all sinned and fallen short of the glory of God (Romans 3:23), and how it is only through Christ’s atoning work on the cross that we are forgiven before God.

Daily Disciple also talks through other topics that come up as a result of Christian theology, such as objective truth and morality, sexual purity and more.

Daily Disciple isn’t afraid to discuss heavier topics, such as battling addiction to pornography. For instance, the channel’s most viewed video is “How I found Freedom from Lust.” While this is certainly positive content in general, parents may not be ready for younger children to view these videos yet.

There are a couple of videos in which Isaac responds to a claim made in a TikTok or other video that may contain swear words. While the majority of these are censored, a couple are not (but viewers are notified of the language concern in the title of the video).

As Christians, we are called to share the gospel with those around us as instruments of God’s grace. The Lord brings many to Himself in a variety of ways—and in our technological world, that even includes through YouTube. In a world where countless videos cast doubt upon Christianity, Daily Disciple stands as one of but a few channels helping to show viewers the truth of the gospel.