Were movies perfect, we would lose a bit of what we love about them—discussing what we’d do different while laughing at their plot holes and general flaws. Sometimes, those flaws simply make up part of what makes movies fun.

Jeremy Scott, voice and face of the YouTube channel CinemaSins, helps to show us just how many flaws those movies have. These mistakes, which Jeremy calls “sins,” often begin racking up in his videos, leaving many movies bearing the burden of triple-digit strikes against them. Of course, many of Jeremy’s so liberally offered sins are merely given that he might deliver a joke rather than the movie having anything wrong with it. But don’t let that distract you from the fact that under the ever-watching eye of Jeremy, no movie is without sin.

Jeremy reminds us that it’s OK to laugh at the silly parts of movies and still be able to enjoy them. And though many of his “sins” against a film are nonsensical and arbitrary, a few of them point out actual flaws in the movie.

Jeremy isn’t averse to committing a few sins of his own. The channel uses a large amount of swearing (though the f-word and s-word are typically bleeped out). Viewers will hear many misuses of God’s name, including “g-dd–n,” as well. We also hear or see references to drugs, drunkenness and sex—partially dependent on the movie CinemaSins is reviewing, though sexual references are common regardless of the film. Most concerning, however, are Jeremy’s sexual quips regarding underage actresses using the phrase, “(Actress Name) isn’t old enough to be hot yet.” CinemaSins will also insult God and ideas about Him on occasion, and he claims “the Bible is horny.” The channel additionally references evolution.

CinemaSins is to movies what God’s Law is to humanity—it acts as a spotlight to point out the shortcomings of its subjects, revealing that there’s none who can uphold its standard of sinless perfection. Unlike humanity, however, movies don’t have anyone to save them from their CinemaSins-induced condemnation.

That’s a tough spot to be in, as CinemaSins has a few of its own issues that’ll keep people away from the channel, such as a heavy amount of swearing and sexual references—and even Jeremy’s reviews of films made for younger audiences won’t be able to escape these content concerns. 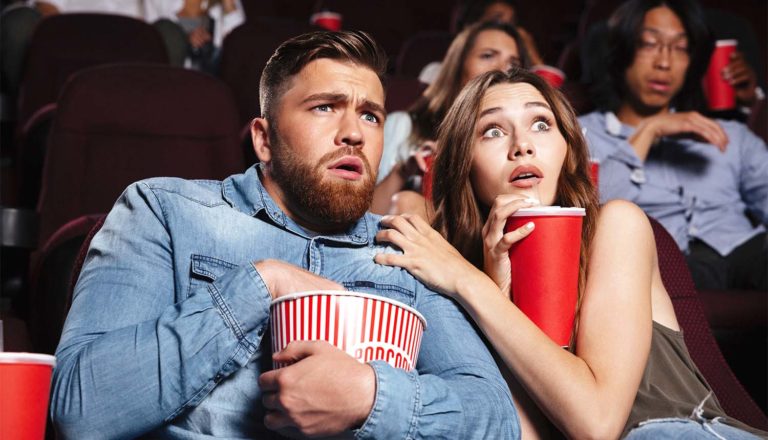