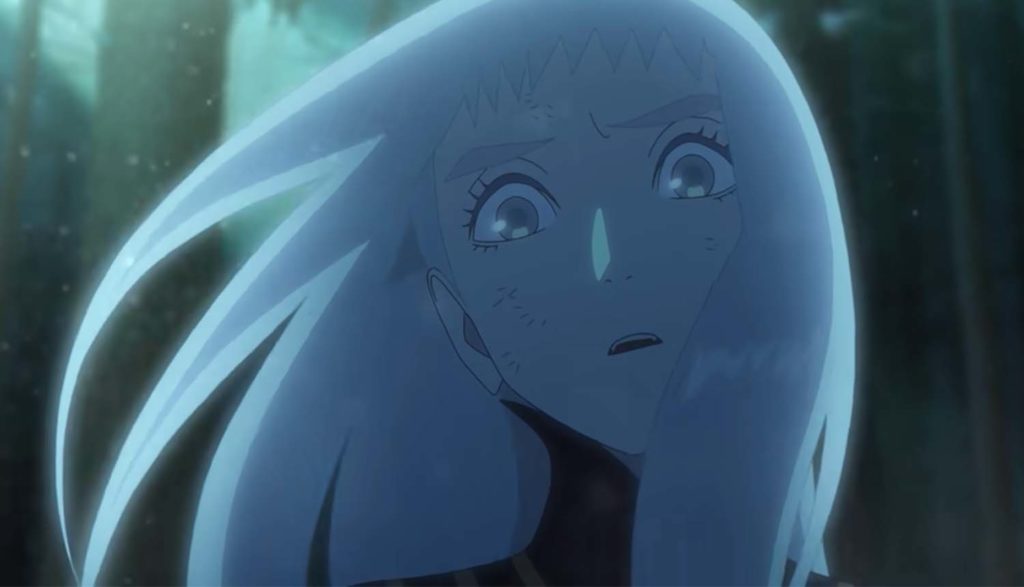 Long ago, a plague devastated the population of this unnamed land, and through that plague, vampires appeared. Those vampires bit others and multiplied, and humanity was soon cornered. However, the humans found salvation behind the walls of a great city protected by special lights that turn vampires to ash. With a foothold to fall back on, humanity has slowly been reclaiming the land they lost through the infestation of the vampires.

But the human Momo doesn’t think that it’ll change anything. Even if the humans win, the world is still filled with wicked people, her mother included. Momo is simply tired of it all.

“Take me away from here to some place where I can be alone,” Momo laments. “It’s all too much to bear.”

She doesn’t have to wait long. Fine, the vampire queen, is in the process of sieging the human city—though like Momo, her heart isn’t truly in it. And when Fine stumbles upon Momo during her distress, she decides to help her run away.

Momo can’t believe it—a vampire and a human not at each other’s throats?

The rest of the land’s populace—humans and vampires—can’t believe it either. Now both species are racing after Fine and Momo to kill the other and get their respective person back. But as the two grow closer, they both understand that they’ll never go back—regardless of what it may cost.

The Wooden Stakes are High

There’s very little joy in Vampire in the Garden.

The five-episode series is saturated in pain, blood and death. Bullets fill the air like the pollen of a cottonwood tree, and the rivers are literally filled with blood. Uncompromising and argumentative people pursue their goals with little care for the people who are killed along the way. On top of all of that, it’s always snowy and cold.

But that’s life in the war between vampires and humans. Humans want to exterminate all vampires for their potential threat to humanity, and vampires want to kill humans because the supply of blood is constantly running dry (though this strategy seems like it would only exacerbate the problem).

That’s not what human Momo and vampire Fine want, however. They’re tired of all the fighting, and they long for an Eden where humans and vampires can live together. The problem is that no one else wants that, and no one else is willing to let them try to make it, either.

So Momo and Fine are on the run from both humans and vampires, the humans convinced that Fine has brainwashed Momo (and the other way around for the vampires). Though the two desperately run to find a place of peace, they unintentionally bring destruction and death with them wherever they go.

Viewers tuning into Vampire in the Garden will be met with animated violence and bloodshed of proportions that would give Texas Chainsaw Massacre a run for its money. One character smokes, and light language is used. Additionally, some viewers may note that Momo and Fine often have intimate moments which may point to a homosexual relationship, though this is never confirmed nor stated. (However, one character does ask Fine if she is in love with Momo—though Fine says that she only feels sorry for her.)

Through the dreary landscape, the melancholy conversations and the wicked people, it’ll likely be a challenge for anyone to come away feeling good for watching Vampire in the Garden. Based on its theme and content, however, I doubt that’s the show’s objective anyway.

While human troops exterminate a group of vampires, Momo discovers an illegal music box and smuggles it back with her. Vampires launch an assault on a city.

Throughout the episode (and the series), countless people die and blood is shed. People shoot at vampires and turn them to ash with special lights, and vampires bite, stab and tear at people. Through all of this fighting, we see fountains of blood.

The vampires use a drug which causes them to turn into even stronger, more horrific creatures. But while the drug does make them stronger, it also inevitably kills them soon after. A man is beaten, and a truck carries a pile of corpses. Momo’s mother hits her. Momo takes a bath, though nothing is shown. A wall is rocked by explosions.

The s-word is used once. “D–n” is used four times, and “crap” is used twice. God’s name is misused once.