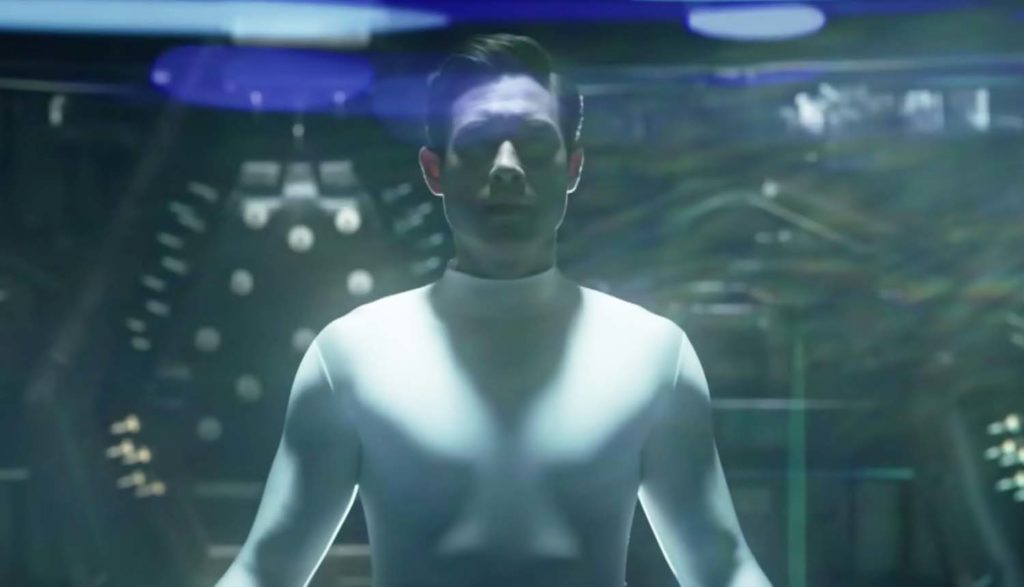 In 1995, Dr. Sam Beckett theorized that he could time travel. So, he stepped into the Quantum Leap accelerator to test his theory and … vanished. After years of attempting to bring him home, Beckett’s team of scientists gave up and the project was abandoned. Until now.

It’s 30 years since Sam vanished,  and physicist Ben Song and his team have rebooted the project in the hopes of better understanding how the Quantum Leap accelerator works–and finally make it work for them. Perhaps they can even bring back Dr. Beckett. There’s just one problem…

This advanced team, consisting of Ben’s fiance Addison Augustine, transgender scientist Ian Wright, lead of security Jenn Chou and boss Herbert Williams, don’t yet understand the magnitude of the project they’ve undertaken. And they’re even more confused when Ben decides to secretly travel in time in direct opposition to their plan.

As Sam could’ve told them, probably not the smartest idea.

It seems that not only can they not retrieve Ben and bring him back to the future, but a weird force is keeping him in the past–one that guarantees he will constantly “leap” into others’ bodies in the hopes of changing history for the better.

The only hope lies in figuring out what’s going on before Ben gets lost in the past and disappears forever.

Take Me All The Way Back

Quantum Leap, starring Scott Bakula, first appeared on the television scene via NBC from 1989 to 1993. Now, NBC is rebooting the beloved series with the same title, featuring Raymond Lee as its lead.

The premise is still basically the same, but new modern touches have been added. Lee said: “Our showrunners and creators were massive fans of the original, so it was incumbent upon them to make sure that they do the original show justice. But they also keep in mind that it is 2022, and a lot has changed in thirty years, so it is important for us to create a brand new show.”

So what does a brand new show mean? Well, so far it means incorporating a prominent transgender character who jokes about the frailty of monogamy and smoking marijuana. The series also  contains some light sensuality, profanity and action-packed scenes. And since the main character is constantly leaping into other people’s bodies, it’s as if audiences will be watching a new show each week.

For now, there’s not much more to say. But I’m sure it’s only a matter of time before fans of the original decide if they like this reboot or if it was better left in the past.

Physicist Ben Song gets thrown into the past through the Quantum Leap Accelerator, and his friends and fiance attempt to bring him back.

Ben attempts to stop a robbery but is punched, threatened at gunpoint and told that he will be killed. Ben stops an explosive from killing hundreds of innocent bystanders.

Ben and Addison kiss one another multiple times and talk about sneaking off to do more. A few women sport cleavage-baring dresses. A trans character makes a joke dismissing monogamy.

Men and women consume hard liquor and champagne. A man jokes about taking a “mushroom trip.” God’s name is misused twice. Other profanity includes a few utterances each of “h—” and “a–es.”