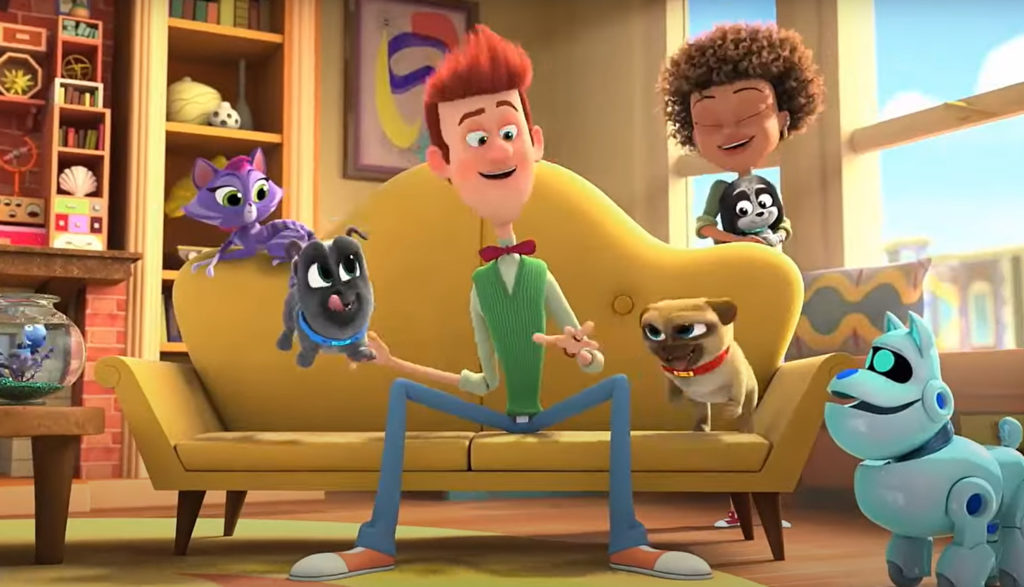 There’s no problem that can’t be solved in a dog’s world. (At least if that dog’s world is at Disney.) All that’s needed is a little teamwork, a few wacky inventions and a whole lot of excitement with a group of fun-loving pups and their feline friend.

Disney Junior’s Puppy Dog Pals is a TV-Y series that’s been running since 2017. When the show started, it consisted of Hissy the cat, Bob, her creative, invention-creating owner and Pugs Bingo and Rolly.

Now, in the show’s fifth season, we’ve seen yet more changes. Bob is now married to wife Ana with a baby on the way. And they’ve added Ana’s handicapped basset hound, Lollie, to the crew.

Each 25-minute episode is divided into two parts and features the pups encountering problems they’re determined to solve. The show isn’t necessarily educational in the traditional sense, but little viewers can still learn a lesson or two.

This crew may travel around the world, or just around the block, but wherever their adventures take them, creativity, kindness and teamwork are sure to follow in this sweet, preschool aged show.

Rollie says that Bob’s new clothes will keep his “booty warm.” The pups are upset when they ruin a mural and think that their owners won’t love them anymore. But they soon find out they’re still loved, and that everyone makes mistakes.