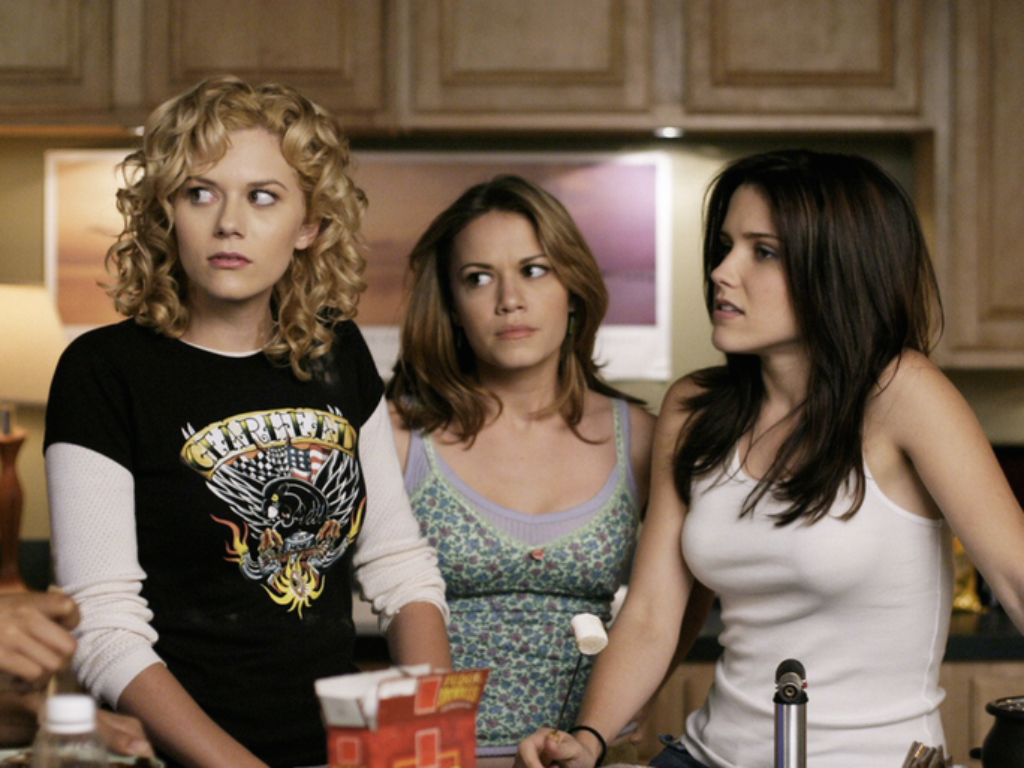 Teen dramas come and go, but angst and sexual tension never go out of style. WB’s newest entry in the genre, One Tree Hill is equal parts Dawson’s Creek and Smallville (produced by the same team), with an infusion of The Young and the Restless. It’s easy on the eyes, capably executed and occasionally poignant. But its primary mission is to entertain young audiences with hard-core partying, public displays of affection, nudity, nasty double entendres, high-friction relationships and sexual dalliances.

Basketball is the series’ glue. Lucas (Gilmore Girls’ Chad Michael Murray) was an outsider from the wrong side of town, a talented street hoops player disdainful of the “jock scene.” That is until twists of fate compel him to face his estranged half-brother, Nathan (who is one of those jocks), in social situations and on the basketball court.

Unrestrained hormones control much of what gets said and done around Tree Hill, N.C. The love triangles get complicated fast. Lucas falls for Nathan’s girl, Peyton (MTV VJ Hilarie Burton). Nathan falls for Lucas’ best friend, Haley. Peyton’s friend, Brooke, falls for Lucas. Etcetera. Haley has professed to being a virgin (she stops Nathan from taking off her blouse during a make-out session), but everybody else seems eager for action. When it doesn’t happen, smoldering disappointment results. “I do not want to live in a world where fine and willing girls like ourselves can have such a lame Friday night,” Brooke moans after sexual plans fall through. “I’ve gotta change my karma.”

Another branch of One Tree Hill that needs pruning is glamorized substance abuse. Even when Peyton is victimized by a Roofie-wielding, would-be rapist at a beer party, her friends don’t seem to get the point. In the very next episode, Brooke (often seen drunk or high) cooks up fake IDs so she and Lucas can go drinking, and Nathan starts popping performance-enhancing amphetamines (thankfully, we see significant downsides to his abuse).

With drugs, sex and sibling rivalry at the fore, there are plenty of heavy issues for the characters to deal with. Emotional epiphanies result. But since sensible, nurturing parents are an anomaly in Tree Hill, teens are left groping blindly for answers. And the romanticized thrill of their escapades trumps any lessons learned.