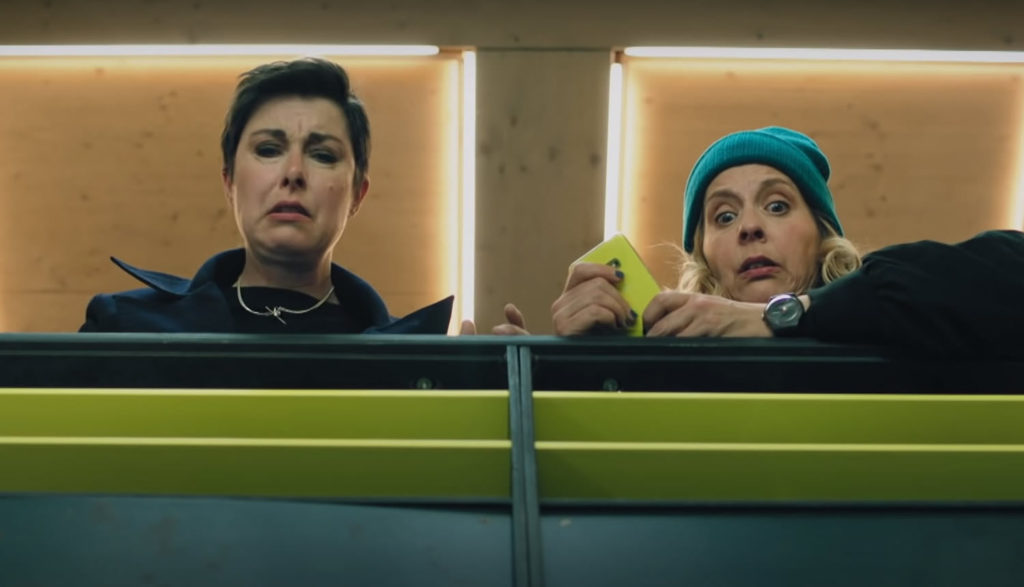 Middle-aged pals Fran and Jamie are normal. At least from the outside looking in.

Fran is brainy, kind and living her life as best as she can, all while managing a marriage in shambles. Jamie is quirky, warm and thoughtful. The two have been best friends for as long as they can remember. So it’s only natural that they might want to work together, too. Now, they’re doing just that.

They’re hitmen. That’s right. They kill people for a living.

Leaving their normal lives behind during “business hours,” Fran and Jamie are now employed by a mysterious Mr. K. who pays the duo to eliminate those on his blacklist.

Never mind that both Fran and Jamie are absolutely miserable at contract killing: The point is that they get to do it together. And though their wild antics and bickering might occasionally get them in trouble—with the law, or their boss, or both—they always, somehow, get the job done.

Landing on NBC’s new streaming service, Peacock, Hitmen is a British based show that follows the lives of two quirky characters who have just as much chemistry off screen as they do on.

The main actresses here, Sue Perkins and Mel Giedroyc, have been friends for 27 years, and they’ve been working together since the 1990s. They are best known for their roles as hosts in The Great British Bake Off, but they’ve written sitcoms, performed together in sketch comedies and hosted both game and talk shows together, too. Hitmen is simply a continuation of their professional partnership.

Each episode of Hitmen clocks in at around 22 minutes and follows Fran and Jamie as they roll around in their dilapidated van, looking for their next victim. That sounds pretty harsh, but the duo here lightens the mood with their banter, witty lines and lovable personalities.

The problem is… well, the plot. These two are assassins, and kill people they do. People are shot at point-blank range, blood flows when it must, and heavy language paired with sexual innuendo and mature sexual jokes suggests that this MA-rated show shouldn’t be on your family’s own hit list.

Jamie plans a celebration for Fran’s birthday. But when plans go awry, Jamie has to improvise, even while holding a hostage captive.

Jamie and Fran let a man plummet to his death (we hear his body thud and see blood pour from his skull). Jamie shoots a man through the chest (blood seeps from the open wound). Jamie and Fran dump a few bagged bodies in a river. Jamie tells a story about a young man who died by being “scorched” to death. Fran’s friend lies and says she needs to attend her mother’s funeral.

A collection of random, unlabeled pills fall out of a man’s pocket. A man vomits out of fear. Fran tells a story about a man who smoked.

God’s name is misused a few times. The f-word is used twice as is the s-word. Other profanity includes a few utterances each of “b–ch,” “p-ss off” and “h—.”