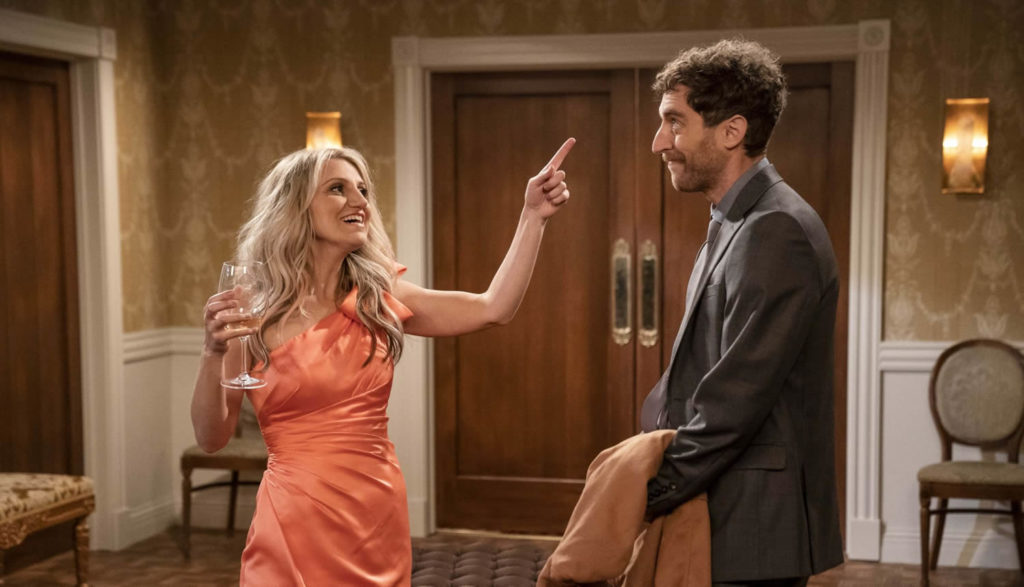 What do you do when a doctor tells you that your kidneys are failing? Most people would try to find a friend or family member to donate one of theirs. But Drew doesn’t have any family who’d be willing to do that (he’s recently divorced, his daughter resents him for it, and the thought of receiving an organ from his other “Republican” relatives makes him cringe). And as for friends, well, his aren’t exactly the give-you-a-kidney kind. You know, the kind who care about him.

Which doesn’t exactly leave Drew with a lot of options. The waitlist for a kidney transplant is about 10 years, and he’s not sure he has that kind of time left.

But then he runs into Gina, an old classmate from high school, at a wedding.

Gina isn’t exactly the type of person you’d want to donate a kidney. Her life consists mostly of partying (read sex, booze and drugs). However, she wants to do something more meaningful with her life than driving nursing home patients to their various appointments. She’s also the only one offering to help.

So Drew agrees. Gina might not be the ideal candidate, but considering his only other option is dying, he’ll take it.

B Positive comes with some negative aspects. First, there’s Gina’s lifestyle choices. She describes Drew as the only guy from high school she didn’t “hook up” with. She’s also created an alternate persona for herself named “Becca,” who takes over whenever she blacks out while partying (some of which is played out on screen).

Then there’s Drew’s life. He’s a therapist who honestly might be in need of therapy himself. After all, to not have a single friend to turn to in his time of need, you kind of have to wonder what exactly he’s doing to turn people off.

In addition to showcasing drinking, smoking marijuana and lots of talk about sex, the show also has some language concerns to look out for.

However, B Positive isn’t all bad. Gina has to sober up for at least three months before she can donate her kidney to Drew. And based on the trajectory of the show, it seems like that temporary lifestyle change might become a permanent one—which can only be a good thing.

Drew also seems determined to turn his life around. Sure, he might not have many (or any) friends and his daughter despises him for her parents’ divorce, but he actually gets along with his ex-wife, and he’s trying to build a connection with the people around him. However, whether these positive aspects outweigh the negative will be a decision that many families will have to make before viewing.

After a doctor tells him that he is in renal failure, Drew tries to find a kidney donor to save his life.

A woman talks about having sex with multiple people. A woman’s dress shows cleavage. Gina lifts her dress to show a tattoo on her leg. Someone says that girls can kiss girls.

Gina drinks wine and smokes marijuana. Two women eat brownies laced with marijuana. Gina asks Drew if he can prescribe drugs and says she took a Xanax. A man blows cocaine off a mirror.

We hear uses of “a–,” “b–ch” and “d–k.” God’s name is also misused several times. We hear jokes about sex, urination, alcohol, drugs and memory loss. Gina says a lot of elderly people have died while she was driving them to their doctor appointments. She also says her criminal record was expunged.

Drew prays for God to take his parents instead of him since it’s their fault he wasn’t raised to believe in God. A woman says that someone is on a bus to heaven. Gina says she was in a car wreck that should have killed her and that she believes she is meant to do something with her life since she survived.