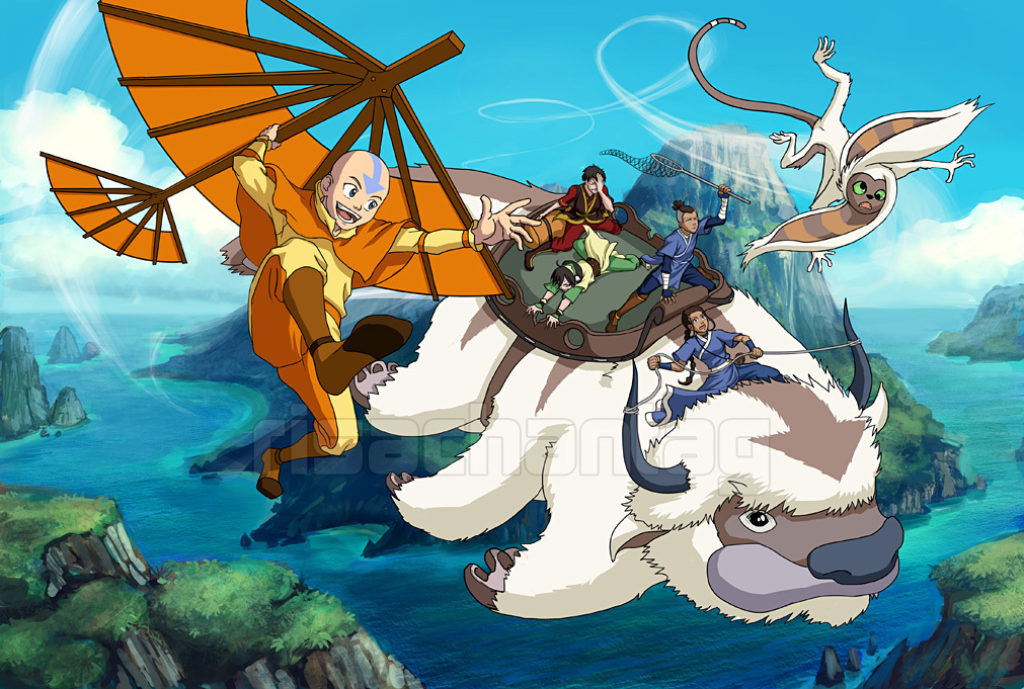 It’s not difficult to see the appeal of Nickelodeon’s Avatar: The Last Airbender, now entering its third season as TV’s top animated series among boys ages 9-14. This Lord of the Rings-style journey of a group of likeable youngsters offers viewers a rich history, plenty of plotlines and characters, and a vast Asian-influenced fantasy world. At the center is Aang, an all-powerful, reincarnated spirit being that, each generation, inhabits a human body to bring about worldwide harmony. But establishing peace is no easy task.

The power-hungry Fire Nation is set to rule the globe after a 100-year war, and with all other people groups nearly decimated, Aang is humanity’s last hope. He’s supposedly the only one skilled in manipulating all of nature’s basic elements. But he isn’t. A rival shares his powers. Furthermore, instead of having years of schooling to hone the art of “waterbending” and the like (generating wave whips, fireballs, earthquakes), Aang must learn on the job. Can he and his friends overthrow the Fire Lord and his malicious brood before summer ends?

Though made in the States, Avatar is a melting pot of Eastern spirituality that’s disturbingly bold for a tween-oriented cartoon. Besides reincarnation, the Avatar represents the “spirit of the earth” and harnesses a force that one ghostly forefather calls “a combination of all your past lives focusing their energy through your body.” Aang regularly stumbles into the spirit world (he’s even given drugs to induce this state), and can leave his body to travel an astral plane. Characters also refer to their qi when mustering supernatural power. Locations are described as hubs of spiritual energy. Gurus read that energy and receive visions through meditation, while others possess healing prowess.

Dubious spirituality notwithstanding, our “heroes” regularly disrespect elders and are celebrated for breaking rules. After being taunted, two of Aang’s friends retaliate by sending bullies down a raging river. And that barely scratches the surface of the show’s violence. The saga alludes to tribal genocide and general warfare while Avatar‘s martial arts and Matrix-style fighting involve bodies getting tossed around amid dynamite explosions, moving rock formations and fiery blasts. Hardly kids’ stuff.

As an art form, anime has a proclivity toward violence and teen rebellion. That’s disconcerting but par for the course. More disturbing is Avatar‘s mendacious spiritualism—explained, demonstrated and attractively packaged for young viewers.