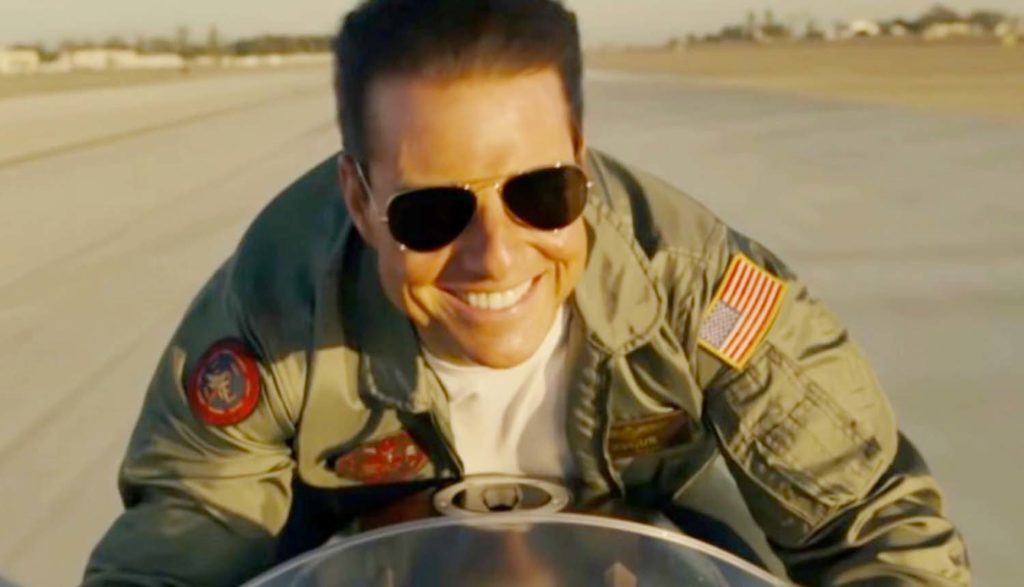 After 30 years in service, Pete “Maverick” Mitchell is still a captain in the U.S. Navy. A highly decorated and honored captain, but a captain, nonetheless.

Now you might suggest that he’s been passed over for promotion because, well, he’s as obstinate and troublemaking as his callsign would suggest.

And yep, that would be as true as the sky is high.

If, however, you ask Maverick himself, he’d probably admit that his lack of rank upgrades afforded him one special perk: It kept him flying. He held promotions and subsequent desk work at bay and kept his backside in a cockpit. And that’s where he feels most like himself.

Of course, his attitude and varied choices haven’t necessarily earned him many friends among the higher ranks. They’d rather see him pack his reckless, order-ignoring ways into a small bag and leave their view as soon as possible.

His sort tends to cause problems.

But unfortunately (from a commanding officer’s perspective) his sort tends to get results, too. And they need him for one more important mission dealing with … his sorts.

Maverick is ordered back to the Top Gun program he left scores of years before, a program designed to train the cream-of-the-crop US Navy pilots. There, he’ll have a mere three weeks to teach a group of crackerjacks to take on what amounts to an impossible mission. How impossible? Flying-through-a-narrow-winding-canyon-at-Mach-speed-while-100-feet-off-the-ground-then-up-over-a-mountain-to-hit-a-target-a-few-feet-wide impossible.

Maverick has no desire to do any such thing. He’d much rather stick with his job as a test pilot, pushing a plane up to Mach 10 or 11.

But here’s another thing about staying a captain for 30 years: Admirals don’t give a hoot about your desires. “You fly for Top Gun, or you don’t fly again,” his new commanding officer tells him.

So, Pete “Maverick” Mitchell is back on familiar turf. He’ll do what it takes to get these young hot shots up to speed.

And it won’t be a laidback trip.

One of the young pilots in Maverick’s group, Bradley “Rooster” Bradshaw is the son of his former co-pilot, Goose. And because of that history—and Maverick’s part in Goose’s accidental death—things are pretty tense between Rooster and Maverick. But a large part of this film is dedicated to Maverick not only earning Rooster’s respect but turning the whole self-focused group of pilots into a team that would sacrifice anything for the man (or woman) next to them. Several of these pilots do just that. Heroics abound.

Later, we find out that Maverick’s connection to Rooster was almost parental in his mind—trying to see the young man’s mother’s wishes through and keep him safe from harm. “I was trying to be the father he lost.”

When back into the Top Gun fold, Maverick reconnects with an old flame named Penny, who owns and runs the local bar. The two of them grow closer. And in light of the changing things in his life, Maverick declares that he wants to make things more long-term with Penny. Penny’s young daughter pointedly tells him, “Just don’t break her heart again.”

After saving his fellow pilot’s lives, a guy joking radios them to say, “Good afternoon gentlemen, this is your savior speaking.”

Harkening back to the original Top Gun movie, the group of pilots all play football while shirtless and sweaty. (The single female pilot in the group wears a tank top.) We also see Maverick among that bare-skin crew, and he goes shirtless another time while running on a treadmill.

Maverick and Penny hug and kiss. The camera cuts away, implying further intimacy. The next scene features Maverick with his shirt off and Penny in a kimono in her bed.

As you might imagine, there is a lot of peril mixed into this action adventure. All of the pilots here risk life and limb with daredevil flying at Mach speed as they prepare for the mission on hand and engage in dogfights with an enemy force of high-tech jets. (The live-action- and CGI-blended dogfight battles are shot meticulously and are very realistic looking.)

Planes and helicopters get shot down in balls of flame by jets and surface-to-air missiles. We see one jet crash after being hit by a flock of birds and catching on fire. A jet traveling at Mach 10 begins to fall apart and then self-destructs at altitude.

During a flashback, Maverick remembers his friend, Goose’s, death from 35 years before. Maverick tries to aid a bleeding Goose after their plane crashes in the ocean.

A pilot passes out from the force of a high-G maneuver and almost crashes his jet. A military helicopter takes aim at a pilot running on the ground, ripping the scenery up with its high-caliber weapons. An underground nuclear plant explodes.

Someone uses an offensive hand gesture.

We see lots of locals and pilots drinking beer at Penny’s bar on several occasions.

A commanding officer makes it clear to Maverick that he isn’t as concerned about who dies during the mission on hand as he is that the job is accomplished. “Every mission has its risks. These pilots accept that,” the officer states. “I don’t, sir,” Maverick replies.

Maverick defies orders twice in the course of the story. But in each case, his choice is designed to help others under his command.

After 35 years and some four release date pushbacks (thanks to COVID lockdowns) you might have an inkling that Top Gun: Maverick isn’t going to exactly ignite your metaphorical afterburners. But in fact, this is an almost picture-perfect sequel to its iconic ’80s predecessor.

Viewers get lots of callbacks to the original pic here, including familiar music riffs, a surprisingly young-looking Tom Cruise racing on a motorcycle and sweaty shirtless pilots playing ball on the beach.

Then there’s the afterburner-ignited action, incredibly filmed dogfights, and a dash of lightly sensual romance. The only real hard-deck issue with this pic is the occasional salty language coming from its new crop of flyboys and one flygirl. It’s probably not as bad as it could have been. But that concern is likely still strong enough to keep younger wannabe pilots grounded.

Oh, and there’s one other problem I can personally guarantee will pop up on your post-filmgoing radar: When heading home from the theater you will drive too fast.