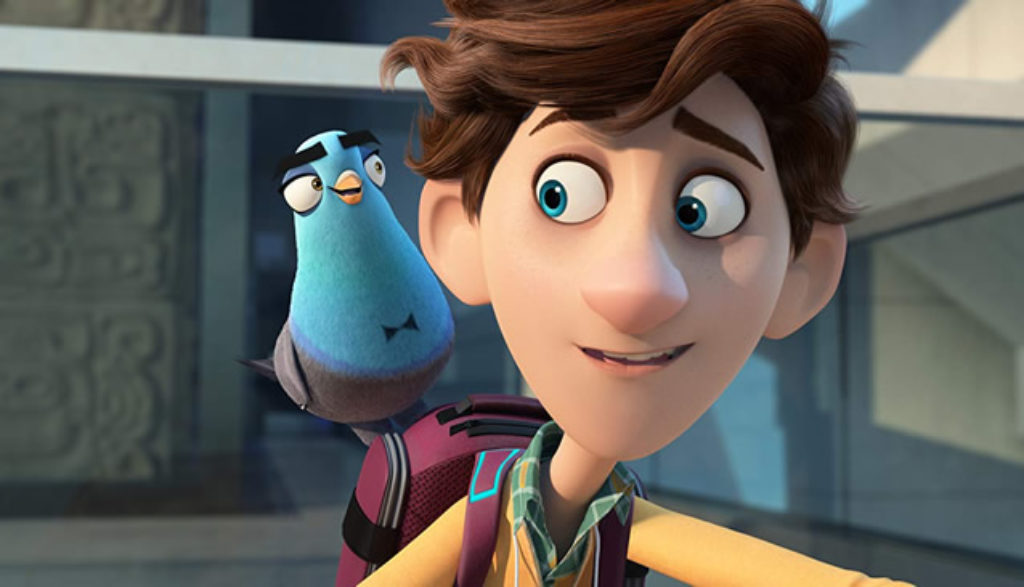 Walter Beckett isn’t your typical genius spy-guy scientist. I mean, yeah, even as a kid he would take apart his mom’s cellphone and every other appliance in the house and display his prodigious gift for inventing whiz-bang gadgets. But unlike others in the governmental spy game, Walter grew up without a malicious bone in his body.

So while most of his fellow techs create destructive laser rays and mega bombs, Walter invents things like a glitter-kitty grenade. After all, it’s scientifically proven that glitter and pictures of kittens cause the brain to release neurotransmitters that make people really happy. And that’s what Walter loves to focus on. He wants to protect agents in the field. He wants his inventions to difuse tense situations, not detonate them. He wants to find a better, and if possible, happier way to equip spies in their dangerous jobs.

Top spy guy Lance Sterling, however, isn’t a happy sort. When he’s out in the field, he’s fighting fire with fire. There’s no room for silly stuff like glitter—and especially not kittens. Lance is a cool, seasoned espionage agent who flies solo and shoots to kill.

So when one of Walter’s glitter-kitty grenades ends up in his kit, Lance gets pretty hot. Sure, the sparkly, incredibly cute gadget actually does save him from the wrath of scores of Yakusa thugs, but that’s not the point. You have to knock bad guys down so they don’t get back up, not make them want to call home and tell their moms how much they love her. After his mission, Lance returns to base and immediately boots Walter out of the Agency.

Not long after that, however, the archvillian Killian uses his own techy skills to disguise himself as Lance Sterling and convince everybody that the hero has gone rogue. So now Lance’s own agency is out for his blood. And he has no alternative than to turn to the nerdy genius Walter for help.

Walter may be a complete misfit in the spy world, but at least he’s bright. And Lance hopes that Walter might have some way to help him “disappear” long enough to clear his name and, potentially, save the world.

The problem is, when Lance reaches out to the now-jobless Walter, he accidentally swigs Walter’s latest high-tech prototype: a DNA-altering concoction that quickly turns the super-spy into a … pigeon.

As mentioned, Lance likes to fly solo. But when he exchanges clothes for the feathers of a pigeon, things have to change. Not only does he require Walter’s human aid, he also needs help from a flock of other pigeons and people. And with that help, his loner attitudes begin to change. In this way, the film suggests that good friends can impact us positively. They are, in fact, a vital part of life.

The movie also illustrates that being considered “weird” is pretty OK. From boyhood, Walter is dubbed as being weird by other kids. And not only does his mom encourage him in his weirdness—suggesting that what they think odd, is actually a brilliance that sets him apart—but even super-agent Lance eventually wants to be on Walter’s weird team.

Walter is devoted to the idea of “finding a better way” when dealing with conflict and opposition. “You can do more by bringing people together than by blowing them up,” Walter proclaims. We also get the impression that Walter’s opposition to violence and his longing for friend-focused connection came directly from his police officer mom’s influence (and the fact that she was killed in the line of duty when he was younger).

[Spoiler Warning] Ultimately, Walter takes steps to save the story’s villain, Killian, even though it means that he runs the very real risk of giving up his own life. This self-sacrificial choice has a powerful impact on the formerly revenge-focused baddie.

When a fellow agent sees Lance’s driving skills he declares, “He’s like a god of the asphalt!”

A large, tattooed man is shown in a hotel room bath. When the man stands up, the camera watches from behind and catches sight of his fully naked body from the rear. Then he is shot with a special ray that turns him into the equivalent of a boneless tattooed blob that several people try to move (keeping critical areas hidden, but rolling over a pigeon version of Lance with parts of the man’s bare chest and stomach).

When Lance morphs into pigeon form, his hand shrinks first. He then quickly pulls out the front of his pants in fear, obviously suggesting his fear that other things have shrunken, too. When transforming back into human form, he reappears naked, though his lower extremities are hidden from view.

At one point, Walter hugs the pigeon version of Lance and the bird lays an egg—revealing that Walter’s DNA-modifier actually turned Lance into a female bird. (With the right squint, some could see this as a heavily veiled wink toward gender fluidity.)

There’s quite a bit of thumping and karate-chopping violence on tap as a human Lance takes on numerous thugs, evildoers and fellow agents in various scenes, knocking some out cold and sending others flying. He also causes several large explosions that blow up parts of buildings. Lance gets pounded on as a bird, too, such as when he’s knocked out by a computer keyboard and scooped into the garbage.

Killian employs the use of high-powered drones that unleash still more explosive havoc. He also attempts to kill a building full of people. Killian picks a man up by the scruff of the neck and drops him from a number of stories up. We never see anyone actually die or land in a messy heap, but it’s implied that some suffer those mortal fates. We see Killian press his metal, claw-like fingers into someone’s shoulder. And eventually he reveals his badly scarred face and arm, wounds he’s kept hidden with holographic technology. Killian claims that Lance caused the injuries and killed a large number of people during a past mission.

Car chases result in lots of pursuing vehicles flipping, crashing and exploding. Baddies and agents charge in with blades, blazing guns and technology that smashes windows and pummels people with soundwaves. Seemingly thousands of pigeons swarm a man and leave him tattered and disheveled. Several agents are hit in the crotch.

A couple exclamations of “geez” and “fool” show up in the dialogue, along with a single misuse of “god!” And there are several unfinished phrases such as “son of a … ,” “I’m gonna kick some …” and “holy sh—.”

People imbibe mixed drinks at a resort, Killian drinks a glass of champagne, and Lance has what looks to be a martini. While suffering from motion sickness, Walter takes so much medicine that he says he can hardly feel his legs. Lance drinks a chemical concoction repeatedly, altering his DNA each time.

Several unfortunate bird-dropping and urinary gags are sprinkled throughout the movie dialogue. For instance, several odd, running gags make note of Lance’s cloaca (a bird’s dual purpose urinary and excretory organ) and the fact that Lance examined it in the mirror (thankfully, off-camera). Lance also makes note of the fact that with a pigeon’s 360 degree view he can be looking at Walter and “see your face and my butt at the same time.” There are a few jokes about the truly gross things pigeons eat. Etc.

We’re told that Lance and Walter’s actions break laws and are the equivalent of treason, though the Agency’s chief secretly tells them that their choices actually helped to push things in a positive direction: “We need people like you to help the Agency do things a new way.”

In a way, a secret agent has the same sort of imagination-sparking kid-appeal as a superhero. When you think about it, that’s part of what’s kept the James Bond franchise afloat for so many years: the daredevil action, amazing vehicles and high-tech gadgetry all appeal to the little kid side of a grown-up audience.

So right out of the gate, Spies in Disguise already sports a fun, shoot-those-cufflinks charm. Add in some Will Smith leading-man charisma, whiz-bang action and turn-him-into-a-pigeon silliness and you’ve theoretically got a winning formula, right?

In this case, the writers feathered their movie nest with a lot of potty humor. Nobody needs to stoop to showing animated bare backsides, crotch-thumps and other toilety giggles for a few extra, cheap laughs. And Mom and Dad won’t appreciate their inclusion, even if they elicit howls of laughter from their target audience.

That said, the movie’s friendship and self-sacrifice-promoting decoder signals counterbalance its gratuitous guffaws. On top of that, this pic takes a new tack on the whole spy-vs.-spy ethos. Through Walter’s pacifist devotion, it forces kids to think about the morality of the typical spy story’s dog-eat-dog, fight-fire-with-fire deadliness. The movie declares that you should make more friends than enemies, and that you can definitely deal with your adversaries without resorting to violence.

Now, that philosophy may be tough for your average real-world spy to implement. But for all those young undercover agents, it’s a great message indeed.