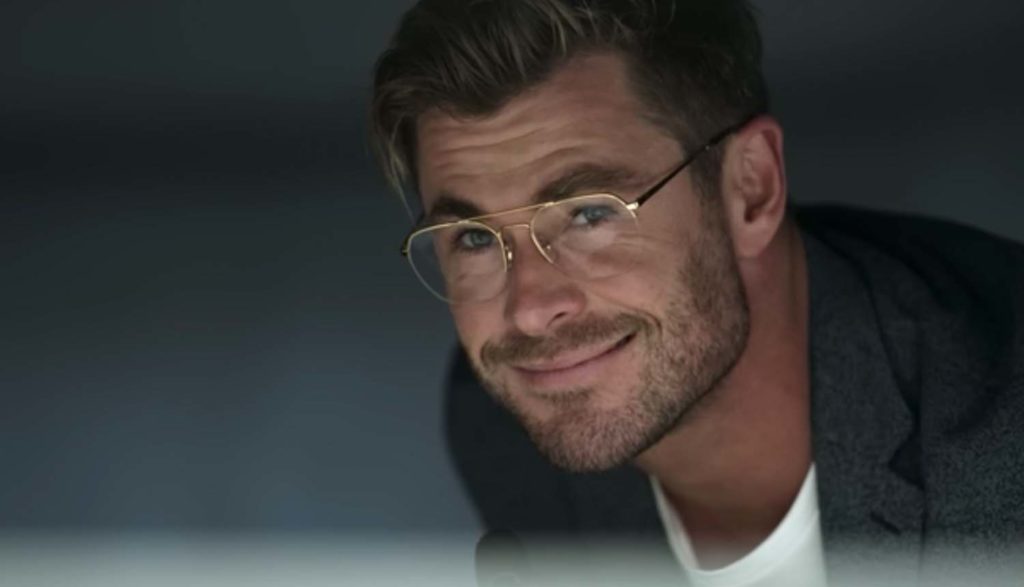 “The flowers didn’t grow,” Jeff says as he’s moved to tears by the wonderful sight. “They were sculpted, painted. I love it. It’s beautiful.”

But there are no flowers there—there’s only a grimy, loud, concrete-filled power plant surrounded by trash. The flowers are simply the product of a drug—one of several that the Spiderhead Penitentiary and Research Center is testing on him during his prison sentence there.

You see, after Jeff was arrested, he could either go to a state prison, or he could go to the Spiderhead facility, where he’d have the freedom to walk around, play games and cook food—on the condition that he agrees to test out a number of experimental drugs.

And the drugs, for the most part, aren’t all that bad. They’re given through His MobiPak (sort of a portable IV attached to his back) and injected straight into his system—with his voluntary acknowledgement, of course. And though some of the tests seem like an ethics committee or two might have a few things to say, Jeff goes along with it because it’s his way of repenting for the crimes that put him in Spiderhead. After all, the drugs they’re helping perfect will save lives one day. At least, that’s what head researcher Steve Abnesti tells him.

But lately, the Protocol Committee to which Steve answers has been demanding that Steve conduct more and more tests that trouble Jeff—like when he’s asked to inject another inmate with Darkenfloxx, a drug which causes depression, pain and anger. He knows how terrible it is, because he was injected with the drug himself.

“Just imagine the worst you’ve ever felt times ten,” Jeff explains to another inmate, “and even that doesn’t even come close to it, honestly. I mean, I felt like I was on fire. I wished I was on fire. I would have set myself on fire to make it stop. It’s horrible.”

But the Protocol Committee doesn’t care. It keeps pushing, regardless of Jeff’s concerns. And not even the humor drug Laffodil will be able to cheer up Jeff’s conscience.

Jeff and fellow inmate Lizzy feel genuine remorse for the crimes they’ve committed. Though this causes Jeff to frequently go along with some of the more morally dubious Spiderhead experiments as a sort of repentance, we can sympathize with the two because their feelings reflect changed hearts.

Additionally, there are times when Jeff and other inmates are asked to give Darkenfloxx to other inmates in an experiment. None of the inmates agree to it because of their own horrific experiences with the drug.

Researcher Mark Verlaine sympathizes with the Spiderhead inmates and genuinely cares about their concerns. He often raises his own voice in protest against some of Steve’s more callous methods.

Steve makes a reference to the Bible. Lizzy calls Jeff a “good soul.”

Scientists pump Luvactin—the “love drug”—into Jeff and fellow inmate Heather to increase their attraction towards one another, causing the two to kiss and have sex at least twice. We hear moaning and see movements, and both are seen in their underwear. Heather’s breasts are partially visible. Afterward, Mark asks if he can take a recording of the events home with him. This also occurs between Jeff and a second female inmate.

When Jeff enters the room and sees a large male inmate, he fears that the researchers will force him to have sex with him under the influence of Luvactin, but they dissuade his fears. But Jeff does eventually discover that previous pairings were very much planned: Researchers show him their chart of planned partners for each inmate.

The song “She Blinded Me With Science” by Thomas Dolby plays in the background and references sex. Jeff and Lizzy kiss.

An intoxicated Jeff drives and crashes into a tree. The impact kills a passenger and causes Jeff to fly out the windshield as his car explodes. Jeff mentions the various crimes of other inmates, including one who killed three people and another who threw his cheating partner out a window. Jeff is slashed at by a knife, and he and Lizzy punch and kick at pursuing attackers.

We hear a reference to the Rwandan genocide. Steve mentions prison rape. A female prisoner smashes objects against a wall and breaks her MobiPak. She commits suicide by cutting her throat with a piece of debris, and she dies onscreen as a lot of blood coats a window. A character attempts to choke herself to death. A plane with its pilot crashes into a cliffside and explodes.

[Spoiler Warning] We discover that Jeff’s love interest, Emma, was in the car crash with him, and she died when it exploded. We also find out that Lizzy is in prison because she accidentally killed her baby when she left the child in her car on a hot day.

The general plot of Spiderhead centers around the voluntary testing of experimental drugs on inmates in exchange for the inmates having greater freedom. As such, we see a lot of drug use here (albeit under semi-clinical conditions). These drugs have many different effects, including uncontrollable laughter, increased communicative abilities and heightened fear, among many others.

Steve says that loneliness is “as lethal as smoking 15 cigarettes a day.” Steve tells Mark to get a beer, and he references prescription pills. Steve and Jeff consume alcohol and get high on Laffodil, the laughing drug. Jeff consumes alcohol at a party with others before getting into his car to drive.

Lizzy references stealing lottery tickets, breaking windows and stealing Christmas presents while everyone else is at church. Heather vomits. Another man burps and vomits while gorging himself on food. A frequent gag refers to an inmate who has been writing on the walls with fecal matter.

Jeff  is drugging himself on a daily basis to save countless lives. Or so he tells himself.

But it’s hard for him to see the need for Darkenfloxx, the drug that causes such intense feelings of distress. That’s the one that Steve’s been wanting to test lately, and it’s also the one that Jeff hates most of all—and that’s not the Darkenfloxx talking; those are Jeff’s true, un-drugged feelings on the matter.

But with all the drugs that have been injected into his system, can he really be sure that his feelings can be trusted?

Spiderhead is based on “Escape from Spiderhead,” a short story from George Saunders’ collection Tenth of December: Stories. The story was published in The New Yorker in 2010, and director Joseph Kosinski (who recently directed Top Gun: Maverick), while he adapts some segments for typical movie drama or for more satisfying moments, has stayed generally true to the events of the piece.

However, that also means that the lewdest parts of the story have also made their way onto the screen, including Jeff’s frequent sexual encounters at the compulsion of Luvactin (dealt with more in our “Sexual Content” section). Characters use countless swear words, occasional heavy violence appears onscreen and, of course, drugs are ever present.

Unfortunately, no amount of Luvactin can hide those flaws.