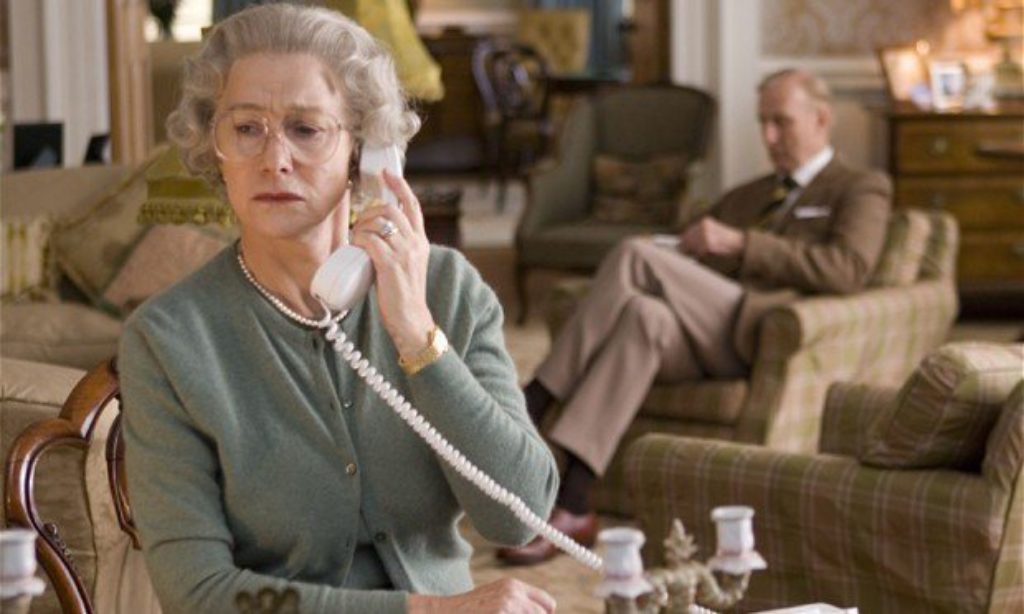 In 1997, not long after Tony Blair has been elected as prime minister following a campaign that promised massive modernization of the British government, Princess Diana is killed in Paris. The Queen details the royal family’s behind-closed-doors reactions both to the tragedy itself and the overwhelming public outpouring of grief.

Specifically, writer Peter Morgan and director Stephen Frears reveal Queen Elizabeth II’s struggle to understand why her people so vehemently resent her stoic response to the death of a “former” royal. Meanwhile, Blair’s popularity soars in response to his accessible and sympathetic reaction to the loss of Diana. And while he’s baffled by the odd, tradition-bound royal family, his growing sympathy for the queen prompts him to attempt to help “save her from herself” and in so doing protect the monarchy.

More than anything, The Queen is a character study, and its most positive elements involve its empathy for the positive character qualities of two high-profile political figures who are also two very human beings, Elizabeth Alexandra Mary Windsor and Anthony Charles Lynton Blair. In a time when it was easy to mock the royal family for its scandals, lives of privilege and detachment from reality, the film slowly helps us to find the queen’s humanity and her commitment to serve her people (and God) in the best way she knows how.

Mr. Blair, who at one point dresses down his staff for taking satisfaction in the royals’ dilemma, is cast as a hero of sorts for his choice to give respect to the monarch for her position and experience when he might have scored bigger political points by publicly deriding her. Similarly, the queen attempts to temper the harsh remarks her husband, Prince Philip, makes about the deceased Diana.

The overly invasive actions of paparazzi are blasted, but it’s made exceedingly clear that there’s much more to Diana’s life and death than her battle with flashbulbs.

Trying to urge sympathy for the queen in spite of her stubborn refusal to make a public response to Diana’s death, her personal assistant tells Blair that she “really believes it is God’s will that she is who she is.” Blair responds that bringing God into the conversation is not helpful. Later, the queen mother reminds her daughter of her royal oath, to commit her whole life in service to England and God.

The closest The Queen comes to containing any sexual content are a few brief stills of the real-life Diana in a swimsuit embracing Dodi Fayed on his yacht after her divorce from Prince Charles. Later, Prince Philip wonders why Charles couldn’t maintain his relationship with his mistress and still keep Diana in line.

Nude classical statues fill the background in a few scenes. Comments are made about “a chorus line of soap stars and homosexuals” attending Diana’s funeral. And Prince Philip expresses disgust over the idea that Elton John is to perform at Westminster Abbey.

We follow Diana’s car and a group of photographers on motorcycles as they race toward the tunnel where the fatal accident occurred. But we don’t see any reaction shots from inside the car and the scene cuts away before impact. Later, Prince Charles appears to be quite worried that he’ll be killed in an assassination attempt.

We hear that a stag has been shot. And we see the beheaded carcass hung up to bleed out.

Aside from a very few (but harsh) swear words, the film would easily have earned a PG rating. The names of God and Christ are abused once or twice each. The f-word (spoken by Tony Blair’s wife, Cherie), the British “b-gger” (muttered by the queen herself) and “h—” are all used once. “Bloody” is inserted into dialogue a couple of times. Cherie dubs the royals “freeloading, emotionally retarded nutters.”

The queen and her mother are both seen with glasses of alcohol. Prince Philip offers his wife a bottle of prescription pills to help her sleep. (She turns them down.)

The Queen is a quiet, profound, and even gently amusing film that accomplishes the unlikely. It builds empathy for an emotionally distant monarch and a (currently) buffeted politician by following them through a difficult week. On the surface, very little is going on as the film unspools. The history it details is so recent and the lives of British royalty so well documented that none of the events are really a surprise. Morgan and Frears could easily have turned the royals into a kind of a joke, exaggerating their out-of-touch comments and mannerisms for comic effect. Instead, they play every character with great restraint and even with what you might call affection, allowing their biggest revelations about the nobility and banality of a monarchy in the modern age to be discovered in the smallest movements.

They owe their success in large part to Helen Mirren’s exquisite performance as the queen. She refuses to warm the character too much to garner obvious sympathy. Thus we’re forced to search her face for hints as to her deeper feelings, and what we find there is astonishing and satisfying. She easily earns all the Oscar talk flowing her way on the heels of the film’s Academy Awards-qualifying release.

A larger message presented here is also welcome. The foul language that sporadically accompanies it isn’t, but the message, which illustrates just how deeply our values have changed in the modern era, is. Disappearing is the notion that leaders are established by God and should be respected for their office, if nothing else. Instead, we demand that our public figures perform for our respect by presenting us with an emotionally resonant version of themselves.

Position and even politics matter less and less to more and more of us. The Queen helps us understand why Elizabeth has such a hard time getting her head around that idea. And it does so with such a deft touch that we actually care.