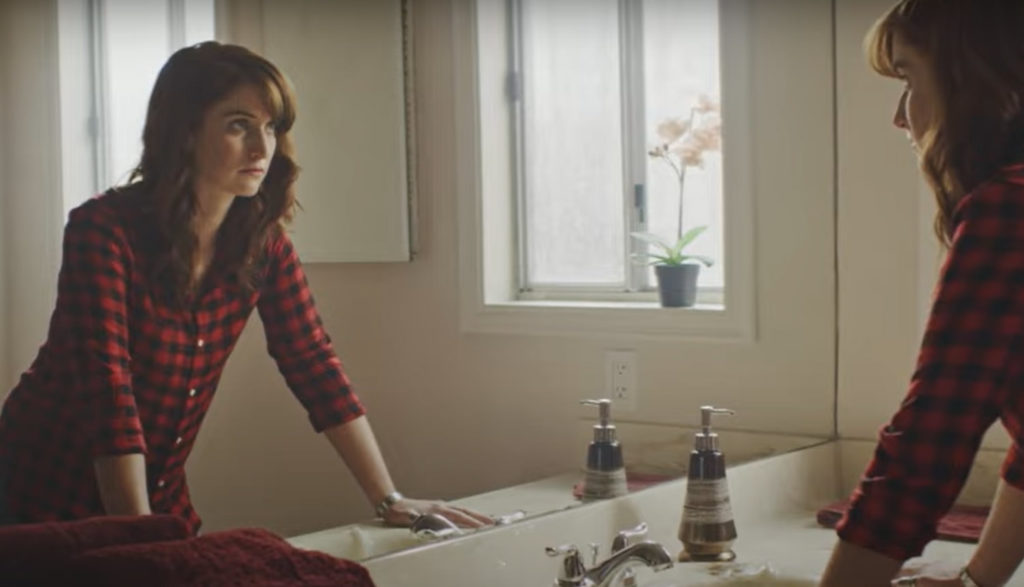 The recent case Dobbs v. Jackson Women’s Health Organization added yet another log to the raging legal fire that is the abortion debate in the U.S. when SCOTUS agreed to hear the abortion case last year. Now, a recent leaked SCOTUS draft opinion has hinted that after 49 years, Roe v. Wade may finally be overturned in the same way that other personhood-denying SCOTUS decisions have been, such as when Brown v. Board of Education correctly reversed Plessy v. Ferguson and struck down segregative policies.

The Matter of Life, directed by Tracy Robinson, confronts viewers with an observation and a question: “In the Constitution of the United States, we, the people, are granted the right to life, liberty and property,” narrator Tinika Wyatt says. “But with that, there exists a problem that has divided us in our history and now divides us today. Who counts as, ‘We, the people?’”

The Fact of Life: From Conception to Grave

Expanding upon Shlemon’s proposition, The Matter of Life delivers more than 100 minutes of arguments defining the personhood of preborn babies. The documentary takes its viewers through a variety of arguments, each with its own important merits. For instance, can we really trust that Planned Parenthood is providing women with unbiased facts when they have a direct financial interest in the continuation and growth of the abortion industry? The answer given here: Probably not.

The documentary examines the field of embryology, where scientists are confident that life begins at conception—the moment a man’s sperm fertilizes a woman’s egg. That is the scientific standard of when unique, new life begins. Sexually reproducing creatures create offspring like themselves. Because a unique life commences at conception, it must be that human beings produce human beings, and that the lives of human beings start at the moment of fertilization.

Filmmakers analyze the philosophical history of the sexual revolution, such as Planned Parenthood founder Margaret Sanger and past Planned Parenthood president Alan Guttmacher’s embrace of eugenics, the theory that human beings can be “improved” through selective breeding that pursues desired hereditary traits and eliminates “undesirable” traits via forced sterilization.

The Matter of Life also notes how the pro-life views of the original feminists—the suffragettes such as Susan B. Anthony and Elizabeth Cady Stanton—greatly contrast those of the feminists of the modern day.

“When we consider that women are treated as property, it is degrading to women that we should treat our children as property to be disposed of as we see fit,” Stanton said.

And we don’t just hear from historical figures fighting for the rights of all. Throughout the documentary, we hear many testimonies of contemporary, pro-life women and their experiences with abortion as well, as well as hearing from abortion providers who have since left the industry and become pro-life. In one interview, a retired OB/GYN describes the brutal methods with which he performed first and second-trimester abortions before he came to the painful conclusion that he was “killing babies for money.”

The Promise of Grace and Forgiveness

But though The Matter of Life is packed with facts, it leaves plenty of space to counter the frequent pro-choice accusation that pro-lifers only care about life until the baby is born. The documentary features many organizations and pregnancy resource centers specifically dedicated to helping mothers in their time of need, both before and after they give birth. (And many of these organizations are mentioned at the end of the article).

“One of the biggest reasons that a woman chooses abortion is because she is afraid that she won’t be able to support herself, let alone that child,” Lori Szala, national director of client services for the Human Coalition, said. “She’s fearful that her life will be derailed. But what she needs to understand is that there are people there to support her. There are programs out there, nonprofits, social organizations and churches that provide amazing services and resources to her, but she has no idea that they even exist, and if she doesn’t know they exist, those fears are never gonna be relieved.”

The Matter of Life exhorts Christians to remember that abortion is not simply a secular issue, either. A study referenced in the documentary found that “36% of women were attending a Christian church once a month or more at the time of their first abortion.” The documentary puts it into perspective: “That means about 400,000 Christian women are having abortions on an annual basis,” said Roland Warren, president and CEO of Care Net.

The answer to this tragedy within the church isn’t to shun and condemn, however, but to forgive and show grace, the film tells us. “She’s got to know that her church is not gonna treat her like the Pharisees tried to treat the woman caught in adultery,” Warren said. “She has to know that her church is gonna treat her the way that Jesus did. What did Jesus say? ‘Neither do I condemn you, but go and sin no more.’”

The Matter of Life is a well-crafted documentary that provides much of the information and facts that aren’t typical talked about during the abortion debate. We hear amazing stories and see many wonderful things that pro-life organizations are actively doing in order to support women in their motherhood.

That said, elements of the documentary may make some people uncomfortable, given the difficult reality of the subject matter involved.

Abortion is obviously the heavy topic here, and the film explores the issue from many different angles. One ex-abortion provider describes in graphic detail exactly how various types of abortions take place, and these include animated videos of the procedures. Women share emotional testimonies about their abortions, and one testimony includes a verbal description of a rape. An ultrasound from the 1984 video The Silent Scream shows a fetus attempting to escape as it is aborted live.

Additionally, near the end of the documentary, one person being interviewed discusses why pro-life supporters often use graphic imagery of aborted babies on many of their signs. He compares it to Emmett Till, and we see the gruesome photo of Emmett Till’s mutilated body at his open-casket funeral. The documentary additionally shows about one minute of graphic photos and videos of aborted babies, and we see severed limbs and lots of blood. Before this minute-long section, the documentary warns viewers of what it is about to show so they may look away if they’re uncomfortable.

The Matter of Life references a number of pro-life organizations to help women at various stages of pregnancy and parenthood, including Save the Storks, Care Net, Embrace Grace and The Gabriel Project, among others.

Abortion remains one of the defining issues of our age, and it’s once again front and center in the ongoing cultural conversation. The Matter of Life is an important film that will help viewers come to grips with the reality behind this tragic choice and what pro-life organizations and activists are doing to help those who find themselves in crisis pregnancy.

The Matter of Life is a limited Fathom Events release, currently scheduled to screen in select theaters on May 16-17.

Focus on the Family remains deeply committed to the pro-life cause as well. And we’d invite you to register for the livestream of our SeeLife 2022 event on June 14, 9:00 ET. You’ll hear from pro-life voices such as Ben Shapiro, Candace Owens, Jeanne Mancini and others. And as our culture continues to rage over the issue of abortion, we’d also invite you to Seize Your Moment to make a profound, personal difference in the pro-life movement!