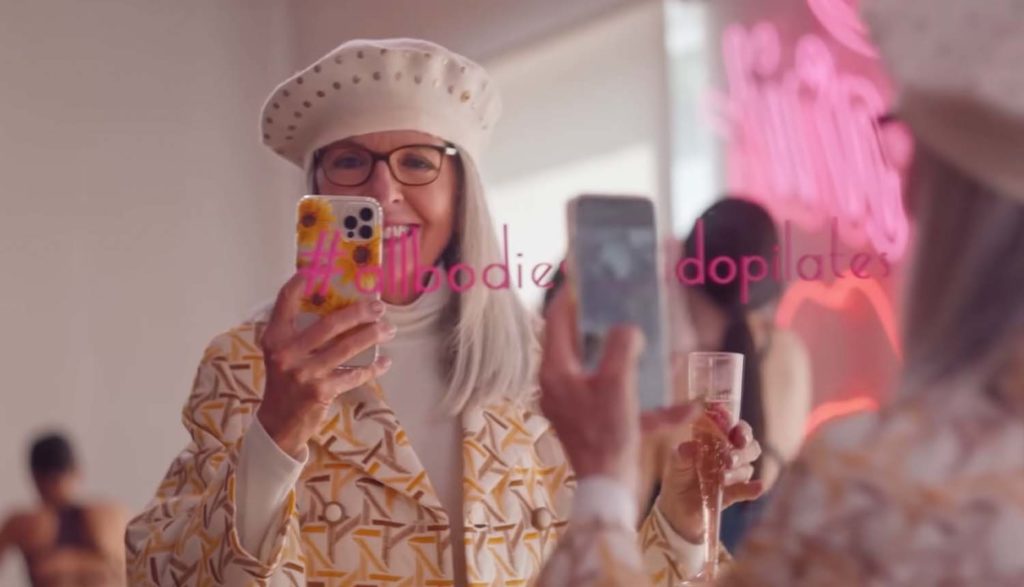 Mack is a young woman with an old soul. At least that’s how she sees it. She prefers writing and reading books over Twitter and TikTok, for instance. She likes sensible (and silky) clothing. And she refuses to do all the bed-hopping nonsense that her friends brag about.

It probably has to do with the fact that she was raised by her Gammie, who just happened to be the coolest “old gal” Mack ever knew. Maybe that upbringing instilled some ideas and life-lessons in her that other little girls never benefited from. Maybe it gave her an inner old gal of her own. But whatever it is, Mack just feels a little out of sync with the world, and the people, around her.

I mean, Mack can’t even imagine swilling booze while recording group Insta reels, or jumping around in cut-down-to-here clothing at some flash concert. Just the idea of that kind of insanity makes her want to soak her aching feet and take a nap.

That’s why Mack begged off from that kind of let’s-get-drunk-and-yell activity during her best friend Carla’s weekend bachelorette celebration. She loves Carla dearly, but Mack’s “party-party-party” tank was empty partway through the first day.

So when she spotted something called a “Past Life Regression” tent during the festivities, Mack (a writer) lied and said she was thinking of writing an article about such a thing. Maybe they could stop for a bit and check it out, she suggested. Perhaps just to sit (or lay down) for a little while.  Carla knowingly pushed Mack in the tent’s direction while the rest of the girly-gaggle sashayed on.

“We’ll meet you back at the house.” Carla said with a smile. And Mack gratefully agreed.

But the girls didn’t exactly meet her back at the house. (Or maybe, they actually met the real her.) For Mack had gone ahead and taken a Past Life Regression session—which looked to be nothing more than a lie-down in an old tanning bed. But when she got back up she was transformed … transmogrified … er, trans-lated into a completely different person. Her inner old gal had been pulled to the surface and she was now … 70 years old!

So when Mack staggered back to the house to see Carla and the girls, all they saw was gray scraggly hair, wrinkled skin and brittle bones. They assured her they had no meth or anything else that a wandering homeless woman might want.

And that’s when the party really got started.

During Mack’s quest to find a way back to being her younger self, she tells people that she’s Rita, Mack’s supposedly own older aunt. And Rita gets to see a different side of the people she knew.

Sometimes, that “different side” just confirms the sides she already knew about. She realizes, for instance, that her friend Carla really is the wonderful individual she always thought she was, and their friendship is strengthened. She also gets to know a guy neighbor named Jack who was looking after her dog while she was away. In fact, as “Rita” and Jack interact, the inner Mack comes to realize that Jack is something of a kindred “old soul.” The two eventually fall in love when Rita becomes Mack once more. (Other people in Mack’s life don’t come off as well.)

A group of women encourage Mack to live the “middle years” of her life well (though that’s never fully defined).

There is some kind of magical aspect to Mack’s transformation. But it goes totally unexplained. Even the “Life Regression” tent owner admits that the special regression apparatus is nothing more than a second-hand tanning bed, and he’s as mystified with Mack/Rita’s change as anyone.

Mack’s agent talks about joining Scientology (and showing Tom Cruise her breast). A motivational speaker encourages a crowd of people to “exorcize our demons.”

A variety of Mack’s young female friends wear tight, revealing tops and spandex-like clothing. They make jokes about their sex lives and partners. Carla wears a bikini at one point. A group of women wear skintight leotards for a Pilates class.

As Rita, Mack meets an older crew of ladies later, and they dress better. But they’re just as curious as they quiz Rita about the men in her life. Crude comments are made about sleeping around, sexually transmitted diseases and Jack’s physique.

Though Jack and Rita’s relationship begins as a light-hearted friendship, it becomes more intimate with time. Jack begins to find the older woman and their connection very attractive. In a moment of celebration, they embrace and kiss. And when a young woman approaches Rita to see if Jack is single (thinking she’s Jack’s mother), Rita rebuffs the women with the possibility that they are a couple. (Other than some flirting and a few kisses, the two restrain from anything further.)

There are several tumbling thumps and splashes focused on Mack/Rita’s adjustment to now having a 70-year-old woman’s body.

God’s name is misused 14 times and Jesus’s name is profaned once.

Alcohol is seemingly always being swilled in this pic. Though Mack isn’t a heavy drinker, the younger crew of women she hangs with during the bachelorette weekend certainly are. We see them drinking and getting drunk on champagne, wine, beer and mixed drinks. In fact, when Mack (as Rita) comes back to their rented house, she encounters scores of empty booze bottles and beer cans scattered about the backyard.

Rita is introduced to a wine club of older women who are even more soused and slurring on a regular basis than the younger girls. The women—all perpetually holding and sipping from a wine glass—profess to meet daily in an effort to diminish one member’s prodigious wine cellar. In fact, one of their drunkest members becomes a popular Instagram influencer. Rita joins in on the wine sipping. We see others drinking beer and wine in bar, Pilates studio and restaurant settings.

During her attempts to turn back into her younger self, Rita drinks a psychedelic mushroom concoction and wanders around in a multicolored drug trip for a while. (The experience is celebrated by Rita and the film as being a very positive experience.)

Except for Mack and Carla, the film tends to present every other female character as rather insipid and shallow, or as numbing themselves with booze. As you might assume, lying is a central part of Rita’s existence.

The logline idea behind Mack & Rita (A young woman possessing an “old soul” accidentally transforms into that inner old gal) feels like it could have made for a decent movie. Not a great one, but a cute one.

In finished form, though, it doesn’t even rise to that undemanding level. It’s not funny, touching or particularly interesting. And it honestly feels like no one involved had a clue what to do with the concept.

OK, to be fair, there are hints here that this film could have been fun. And there are characters that might have taken this story to better places if given more screen time. But “might’ve” and “could’ve” aren’t really worth the price of a movie ticket and a bucket of popcorn. Instead, you could go out and, well, live life to the fullest, maybe?