“Is this heaven?” Jonathan Stone asks a delightful young girl when he unexpectedly awakens in an unfamiliar, yet beautifully dazzling world. “I shouldn’t be here. I had so much to do. … I failed at everything. I was terrible with my faith. I never went to church. I was hopeless in my job.”

Jonathan’s blunt assessment of his life is more or less true, which we get to see firsthand as this story begins to unfold in a series of nonlinear flashbacks to two previous seasons in his life

As an earnest twentysomething, Jonathan dreamed of spending his golden years with his then-girlfriend, Elizabeth. But that didn’t quite work out as he hoped. A surprise pregnancy before the couple married ended with Jonathan’s insistence that Elizabeth get an abortion. Guilt and shame dogged him as the years piled on. No more children came after the couple got married. But stress and growing sense of quiet desperation did.

Now Jonathan works a graveyard shift as an EMT, laboring dutifully to make ends meet. Elizabeth, meanwhile, is slowly succumbing to cancer. And even though Jonathan embraced faith years before, he’s not sure it’s truly enough for what he’s facing now. And as story of Jonathan’s life unfolds in Heaven—a tale of faith, failure and forgiveness—we see it from three perspectives: the past, the present and his in the glorious afterlife the Lord has prepared for him.

Jonathan Stone is a quiet, everyman protagonist many viewers will relate to. He’s made mistakes. He’s got regrets. He doesn’t like change. He doesn’t really know how to handle the stress in his life. And the prospect of losing his wife to cancer feels overwhelming.

Oh, and the overweight guy really wanted that last piece of his wife’s pie at the church potluck. But the pastor got it instead.

Jonathan’s not perfect, then, by any means. But he’s trying. He’s doing his best to hold onto his faith and take care of his beloved wife, Elizabeth, even as cancer ravages her body and her final days draw near.

It’s a difficult path, but one that’s made slightly more tolerable by some other faithful friends who do what they can to help Jonathan, including his brother, his pastor and his partner at work. All strive in different ways to help Jonathan navigate his grief when Elizabeth reaches the end.

But it turns out the end …

… is really just the beginning.

Jonathan is genuinely startled to find himself in heaven, thinking that the doubts and struggles he endured surely must have disqualified him. “But you still believed,” says the little girl who shows up to guide him into the afterlife. “It’s always about the heart. Even at the lowest point, you still believed.”

Heaven then flashes back to the story of how Jonathan came to faith. Regret and shame weigh heavily upon him until he finally accepts his older brother’s invitation to go to a small group with him.

There, he hears a passionate young pastor talk about the cycle many a man is trapped within. “Mean lead first, think later.” That leads to mistakes, guilt and shame. Which leads to more mistakes. Eventually, he says, men can retreat into a self-constructed cave of relational isolation.

“Heck, we even set them up in our houses and call them ‘man caves,” young Pastor Steve stays. “We choose to live in those caves in guilt or in darkness. And as we crawl deeper and deeper into that cave, we need a lamp to guide us out. Jesus says He is a lamp unto our feet. We must follow that lamp to lead us out of guilt and fear and shame. Jesus wants us to live lives that go beyond into eternity, into heaven.”

Heaven focuses on Jonathan’s halting, stumbling but ultimately determined attempts to cling to his faith as he faces his life’s disappointments and the grief of losing his wife.

Elizabeth, for her part, seems to struggle less with debilitating doubt than her husband does. But when she gets the news that her cancer is terminal and that she doesn’t have long to live, she voices an agonized prayer to God wondering if He’s punishing her for her abortion. “OK, so I made a mistake Maybe I deserve it. God I need you so bad. I need you. Help me. Help me to believe. … Please give me Your peace.” It’s a prayer that we see God answer as Elizabeth spends her final days reassured that someplace better awaits beyond her pain and suffering.

Near the end, she tells her husband, “Jonathan, even though I’m going away for a little while, we’re also gonna see each other again really soon. You know, this next part of the journey is the good part.”

[Spoiler Warning] Jonathan ends up in heaven not by dying, but in the Rapture (along with the rest of his Christian friends). The little girl he meets is named Rachel, and she’s his and Elizabeth’s aborted daughter. She says she’s been watching his journey and that she has been so eager to meet him. Speaking of meetings, Jonathan also meets Jesus face to face, and the two talk about how He was present in Jonathan’s life at every point along the often pain-and-doubt-filled journey.

The plot alludes to the fact that Jonathan and Elizabeth, unmarried at the time, have had sex, because she finds herself unexpectedly pregnant. That leads the pair to an abortion clinic …

… where, after being pressured by Jonathan, Elizabeth has an abortion. (We see her walking in and then again when she comes out.) Jonathan, who’s waiting in his truck for her, has second thoughts about the procedure, and he tries to convince an attendant to let him see Elizabeth. Jonathan is quite emotional and demanding, and the attendant says she’ll need to call security.

As a paramedic, Jonathan is routinely exposed to life-and-death situations. He and his paramedic partner defibrillate a woman who has coded, which revives her. A separate, similar scene fails to revive a woman whose heart has stopped. Another older woman is pronounced dead in her bed at home by Jonathan and his partner.

We see a couple of car-accident scenes. In one, a young man is either unconscious or dead and has a bleeding head wound. Another shows crashed vehicles and a young woman walking, dazed, with a significant gash to her forehead.

Jonathan is present when Elizabeth finally, quietly succumbs to cancer.

[Spoiler Warning] The film concludes with the Rapture of believers, who are taken to heaven as explosions and chaos reigns around them, including car accidents and a plane plummeting toward the ground.

A mother, terrified that her son may have been killed in a car accident, perhaps says “Oh my god” under her breath. We hear several uses of “oh my gosh.” Someone calls people “idiots.”

In a moment of discouragement, Jonathan asks someone for a beer, but the guy says he quit years before because he couldn’t handle it.

Outside a hospital, a woman whom Jonathan helped to revive asks him and his partner whether either of them has a cigarette.

Jonathan and his paramedic partner notice wounds on an unconscious patient’s arms from shooting up drugs intravenously.

At times, Jonathan’s grief spills over into rage, such as when he yells and hits a large boulder in his yard with a shovel.

What do we do with failure? With mistakes? With doubt? With tragedy?

Jonathan Stone grapples clumsily with these questions in the movie Heaven. We see a man struggling with the reality that Paul described in 1 Corinthians 13:12: “For now we see in a mirror dimly, but then face to face. Now I know in part; then I shall know fully, even as I have been fully known.”

Heaven feels a bit melodramatic and perhaps predictable at times. But at the center of this story is a man whose character also feels refreshingly three-dimensional in his quiet, mundane struggles. He’s a guy who grouses when the pastor eats the last piece of his wife’s pie at the church potluck. He meanders between heartfelt faith and deep doubt. And in each of those very human struggles, Jonathan Stone is someone I can relate to.

Heaven’s three timelines ultimately weave together to deliver this message: Our present pain will one day make sense when we sit with Jesus. One day, He will help us see how He was present in the muck and mess of life, even if we see only dimly through that looking glass now. Viewers looking for a humble story that encourages their faith amid life’s inevitable struggles may find it here. 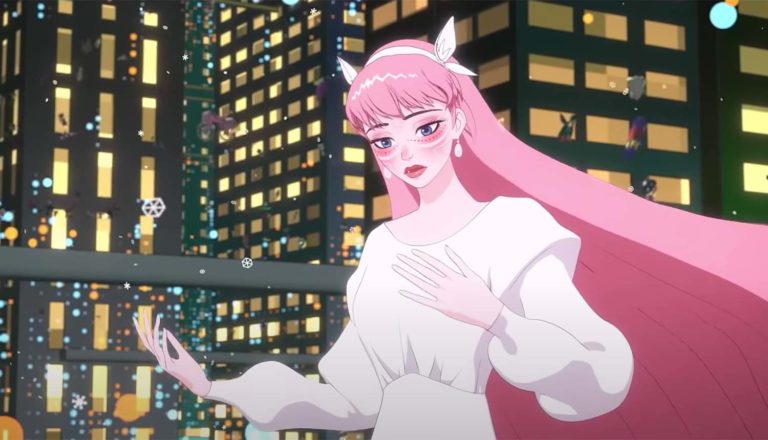