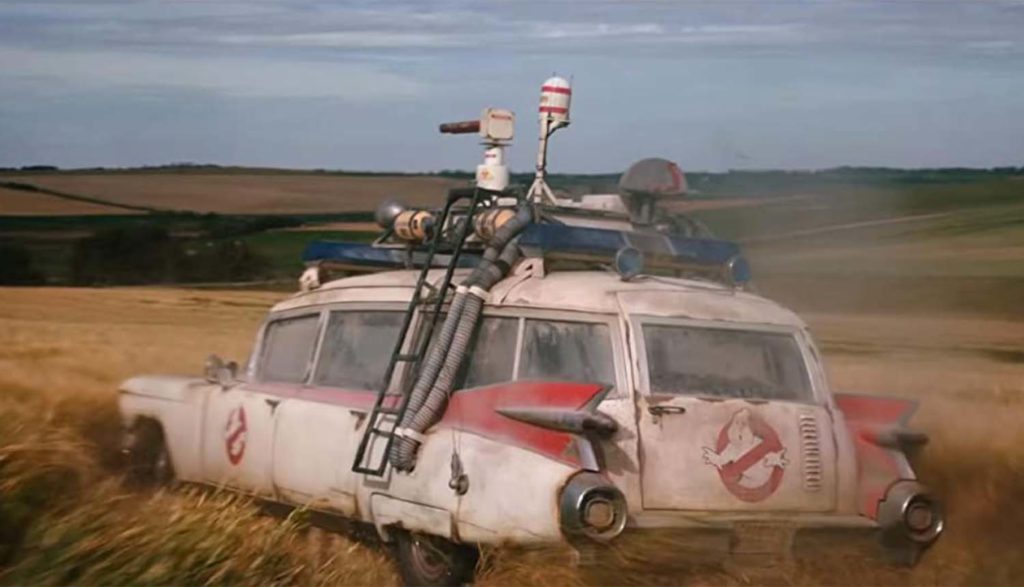 For Callie and her kids, Trevor and Phoebe, the move from New York to a tiny backwater town in Oklahoma was less than optimal. But it was necessary. They were in the process of being evicted from their apartment anyway.

So when Callie was notified that her estranged, deadbeat father had past away and left all his worldly belongings to her, well, it seemed like a perfect opportunity. At least for the meantime. If nothing else, they could sell everything her father had and move on.

When they drove into Summerville, however, and saw her dad’s tumbledown house packed with books and junk, the idea of walking away with a little cash and a smile sailed away like a feather in a breeze. And it was a pretty nasty old breeze at that. What else could they do but move into the decrepit house and stick around long enough to earn a little money? At least there was no rent to pay.

“A new home could be an opportunity to make a fresh start,” Callie told her kids when dropping them off for summer school in town. For 15-year-old Trevor, that translated to “go out and find some trouble.” For Trevor’s sister Phoebe, Mom’s words were just a reminder of how hopelessly friendless she’d always been.

It’s hard making friends when you’re a 12-year-old science geek/genius who thinks the height of social intercourse is a joke about atoms and neutrons. But Phoebe heads off to summerschool class anyway. Fearing the worst.

To her amazement, though, she makes a friend straight away in a boy named “Podcast.” He likes weird jokes. And he especially likes anyone like Phoebe who might make a good subject for his podcast about mysteries and conspiracy theories (with an occasional restaurant review). I mean, Phoebe is fun and she lives in that super strange house just outside of town. There are all kinds of swirling theories about that place.

And it’s true: There are a lot of weird things about Phoebe’s grandfather’s old house. All sorts of strange gadgets stashed here and there. A hidden away underground bunker. A delapidated car in the garage with some kind of ghost cartoon painted on it’s side. And then when things start to move around on their own, Phoebe starts to think that her grandfather must have been into some pretty strange stuff.

With time, she learns that he definitely was. Grandad was not only a science genius himself, but he was into weird gadgets that used accelerated protons and … captured ghosts. And even more curious, Phoebe starts to realize that while her dead-and-gone gramps is indeed very dead, but he’s not so gone as one might think.

Callie isn’t what anyone would call a first-class mom, but she loves her kids and does want the best for them. And even though her husband bailed on the family—in particular, because he couldn’t handle Phoebe’s quirkiness—Callie hangs in there and repeatedly tries to encourage her kids.

At school Callie and Phoebe meet Mr. Grooberson, a science-focused guy who isn’t much of a teacher. But he’s a good guy. And where others might think Phoebe strange, he is very impressed with her. And he tells Callie how much he enjoys the young girl. Callie and Mr. Grooberson take a liking to each other, too.

Though Callie has a pretty bad taste in her mouth about her father’s past actions—which included abandoning his family—she eventually learns that he had some life-or-death reasons for doing so. And he made his choices at a great personal sacrifice. Eventually she comes to a place of sincere forgiveness.

Phoebe, Trevor and Podcast team up and take self-sacrificial actions that ultimately save the world.

The whole thrust of this pic is focused on the idea that we live in a world filled with potentially dark spirits. (Though that perspective is never addressed from a biblical worldview.) And there was once a team called the Ghostbusters, made famous by a particular spectacle in the middle of New York City, who fought and captured those specters in the 1980s. It doesn’t give much away to say that Phoebe’s grandfather was one of that original team.

As such, spirits and dark spirituality go hand in spooky hand with a variety of situations that Phoebe and her friends encounter. This new team of young Ghostbusters faces off against and gives battle to some goofy ghosts and specters. One appears to be the skeletal remains of a person while others are more bizarre, such as a metal-chomping blobby creature and tiny Stay Puft marshmallow men. Other spiritual attackers are much more demonic looking creatures with horns and fangs that roar and rage about like bulls. The scarier creatures sometimes screech and leap at the camera out of the shadows.

There’s also a Sumerian god-like creature named Gozer that is resurrected thanks to the unseen sacrifice of many human souls. We see those souls swirling and rising from the depths of a “death pit” in which men and women reportedly jumped to their death. This whole sacrificial ceremony is predicated by great disasters in human history and leads to the end of mankind as predicted in an ancient prophecy.

Three different people are possessed by demonic spirits and are then transformed into large, horned creatures. Spirits and entities are trapped in the Ghostbuster traps and hit with proton beams. Ghostly creatures run through the town of Summerville causing havoc. The sign on a burger place called Spinners is damaged, turning the sign into “S inners.”

Trevor quotes Revelation 6:12. Summerville is struck by Earth tremors that later turn out to be caused by spiritual forces.

As Mr. Grooberson and Callie begin to lightly flirt with each other, Podcast leans over to Phoebe and declares, “I think Grooberson’s trying to bone your mom.” And indeed, the pair are later possessed by demonic spirits and they embrace and fall to the ground out of the camera’s sight, implying further unseen intimacy. Later, when back in fully human form, Grooberson looks to Callie sheepishly and asks , “Did we…?” And Callie replies, “I think so.”

Mr. Gooberson talks about science being “reckless.” And he makes some reckless choices himself, reporting that they’ll be like “safety pins in the nipples of acedemia.”

There’s lots of destructive force at play here from both the human and spectral side.

A speeding truck, for instance, gets knocked off the road by an invisible entity, flipping the vehicle several times. While speeding down the street in the Ghostbuster car, Phoebe turns her grandfather’s proton accelerator backpack on and tries to capture a fleeing creeper. The beam rips up store fronts and vehicles. We see that backpack used in several situations that tear up the scenery and set things on fire.

A large invisible creature takes shape amid mist that pours into a room. It rises up and attacks a man, killing him with a heart attack. Escaping spirit creatures smash things and break windows. And one large beast rampages through a Walmart. The metal-eating ghostie often turns and spits metal fragments like machine gun fire. Small marshmallow men are stabbed, fried over grills, hit with a blowtorch, obliterated in a blender and destroyed in a variety of other splattering ways.

A man is seemingly raised from the dead and then immediately ripped in half like a sheet of paper. A man is repeatedly shocked via electrodes taped to his skin.

Four s-words are joined by a half-dozen uses of “h—” and a single use each of “d–n” and “a–hole.” “Oh my god” is exclaimed three times along with a few uses of “oh my gosh.”

Someone makes a mention of potential fracking taking place nearby, and Callie notes that it’s “fracking annoying.”

When the family drives through town, Trevor grouses, “Com’on, not a single bar?” Callie replies, “There better be a bar.” Later she and Mr. Grooberson speak about her obvious dislike of science. She mentions that it’s like an allergy. “Have you tried Benadryl,” he asks her. “I’ve tried whiskey.”

We see Callie asleep at the kitchen table with a wine glass near her hand.

Phoebe makes a joke about the danger of smoking a cigarette.

In a less-than-wise choice, Mr. Grooberson decides to make his summer-school class as painless as possible for all involved, so he just shows the kids some old VHS movies he found in the basement of the school. The movies are both inappropriate horror movies.

Hollywood already tried to revive the Ghostbusters franchise a few years back with, shall we say, less than spirited success. This latest stab at giving the series a second life, however, is much better.

The film is a tad uneven at times, and it underutilizes its characters a bit—especially in the case of the gifted and funny Paul Rudd. But Mckenna Grace—playing the geeky, science-minded, Phoebe—is a pure delight to watch. And in addition, the movie checks most of the boxes that fans will come in looking for.

Goofy ghosties you can chuckle over? Check.

A creep-cake tale with a layer of demonic icing? Check.

Tons of fan service and smiling winks at things of the past? Check.

Yep, all the expected Ghostbuster accoutrements are present and accounted for. But this sequel also offers the added bonus of story encouragements to family unity, love and forgiveness; a lot less nasty language than you might expect; and just a mere nod to the sensual rough edges of the original.

Of course, I’m not overlooking that demonic icing I mentioned.

Afterlife features a resurrected goddess, human possession and snarling malevolence that’s all delivered with a sheen of sparkling CGI silliness. But many families will blanch at the idea of making dark spirituality, uh, cute. And if there’s anything that’ll slap a big no symbol over this ghostly call-back, that’ll be it.