When Rose Dooley was a little girl, her father discovered that she had a certain talent: She could speak to, command and even exorcise spirits from this world.

For many years the father-daughter duo worked together, helping ghosts to “move on,” as it were. That is, until her dad was accidentally killed during an exorcism.

Rose blamed herself for the tragedy, even though it truly wasn’t her fault. In the aftermath, she stopped using her spiritual abilities.

But when the single, handsome father of a local girl needs Rose’s help to rescue his daughter from being used in a satanic ritual, Rose decides it’s time to find a way to use her powers for good once again.

Rose is a kind, if somewhat naive, young woman who believes in doing only good. When people insult or hurt her, rather than lash out, she simply smiles and moves on. In fact, she is so adamant about not hurting others that she nearly refuses to help Martin because she fears she might unleash even more damage using her powers.

Two people who blame themselves for the deaths of their loved ones eventually realize that there was nothing they could have done to save them. They learn to forgive themselves and move on with their lives.

Christian Winter, a local one-hit wonder, is a Satanist who plans to sacrifice a virgin to regain his former fame. His black magic ritual involves pentagrams, grimoires, a blood moon, human hair and blood. He also draws a picture of the devil at one point and sings “Satan” over and over. When he casts spells, he speaks in an indiscernible language, and his eyes roll into the back of his head.

After Winter summons the Dark Lord Astaroth, a pentagram opens a portal to hell, and the demon appears, wearing bedsheets (much like a Halloween ghost costume) with burnt, black sockets where the eyes should be. Two girls fall into a magical slumber and float above pentagrams after being chosen for Winter’s sacrifice.

Multiple objects, animals and people are possessed by spirits. Martin is haunted by the ghost of his dead wife, Bonnie. The deceased woman’s spirit sometimes sends Martin helpful information, such as a reminder to pay the car tax; she also voices her displeasure at times, such as when she slams a door in Rose’s face.

Martin allows himself to be possessed by multiple ghosts so that Rose can exorcise them and use their ectoplasm (a residual physical goo left behind by a spirit) to save his daughter. Rose hallucinates, seeing her dad in his study asking her why she killed him. She also imagines ghosts walking around town in bedsheets.

Every time a ghost is exorcised from Martin, he throws up the gooey ectoplasm and even says, “Why does it have to be so unnecessarily gross?” When he is possessed, some of the ruder spirits cause him to pass gas and burp as well.

Someone says that if you have a bad dream after eating cheese, it is because the cheese was possessed by a ghost. Beelzebub is mentioned. Winter says, “The devil is in the details.” A man gets rid of flowers after hearing that they are bad luck. There are cross-shaped windows on a castle. There is a cross on Bonnie’s headstone.

Martin and Rose have sex (though they both remain clothed and we only see slight movements) in order to save her from a demon. This happens while Martin is possessed by Bonnie, so Rose later jokes about having sex with both of them. Martin and Rose also kiss.

People make multiple, crudely graphic references to sex, including several hand gestures. Winter uses a staff carved in the shape of male genitalia to locate a virgin for his sacrifice. It is mentioned that Rose’s sister, who is nine months pregnant, is not married.

We hear that the body of a young girl explodes. Shortly after, we see the corpse split in half and covered in blood and entrails. Later on, Rose shows Martin a video depicting the same thing happening to a goat. Martin learns that before his daughter is killed in the sacrifice, she will be raped by demons.

A woman’s throat is slit by her husband. Two men have their fingers cut off by a car window when it suddenly shuts. A man’s eye gets pecked out by a bird. He’s then killed after being shoved through a portal to hell. A magpie is hit by a car and later stabbed with a knife.

We see a dog’s leash trapped in a pothole and hear the dog whimpering. A man, possessed by the dog’s spirit, goes out into the road and is hit by a truck. A woman dies after being hit on the head by a falling cuckoo clock.

Martin gets hit in the face by a door when he upsets Bonnie, and we later see a large bruise above his eye. Bonnie also causes a glass plate to fly across the room into a wall. A man hits his nose on a steering wheel and starts bleeding after accidentally stalling the car. Martin punches himself in the face when Bonnie takes control of his body. A man is slapped in the face.

The f-word is used about 20 times and the s-word is used 10 times. We also hear “b–ch” and the British expletive “bloody” five times each. “P–ck,” “c–ky,” “d–k,” “d–n,” and “a–” are also used two or three times each. God’s name is misused 15 times, and Christ’s name is misused another five. We also hear the terms “whore” and “slut” used to describe a woman, and a man scolds his daughter for using foul language.

Whenever Bonnie takes over Martin’s body, a lit cigarette pops out of his mouth, since she was a heavy smoker. A carving of Bonnie also depicts her with a cigarette in her mouth. A teenage girl hides cigarettes in a birdhouse.

Bonnie is quite mean to Martin and Rose. She accuses Rose of trying to steal her husband and tries to humiliate Martin. It isn’t until she realizes that her daughter has been kidnapped by Winter that she finally agrees to help them. But even then, she does it with a constant barrage of snide remarks towards the pair.

A student driver hits a metal post with a car and drives off without fixing it. Garbagemen coldly throw away fresh flowers left by a roadside grave. A dog drags its butt on the floor because it has worms. A man eats a donut out of the trash. A woman purposely orders her meal wrong to trick a delivery boy into comping her meal. A man pays Rose with a cassette tape of his latest music instead of money.

In a video series created by Rose’s father, he asks the question, “Why don’t we see ghosts every day?” Well, considering the fact that this movie is allegedly based on a true story, I’d suggest that it’s because we would have to suffer through even more awful “true stories” like this one.

Extra Ordinary has some serious spiritual territory to navigate. This horror/comedy/fantasy mash-up makes light of satanic sacrifices and spiritual hauntings, and it jokes about people being possessed, raped and killed by spirits.

The characters in this film, in addition to cursing continually and making a lot of sexual references, spend a creepy amount of time obsessing over a teenage girl’s virginity. And that’s before we even get to all the bloodshed and ectoplasm vomit scenes. Dora and the Lost City of Gold 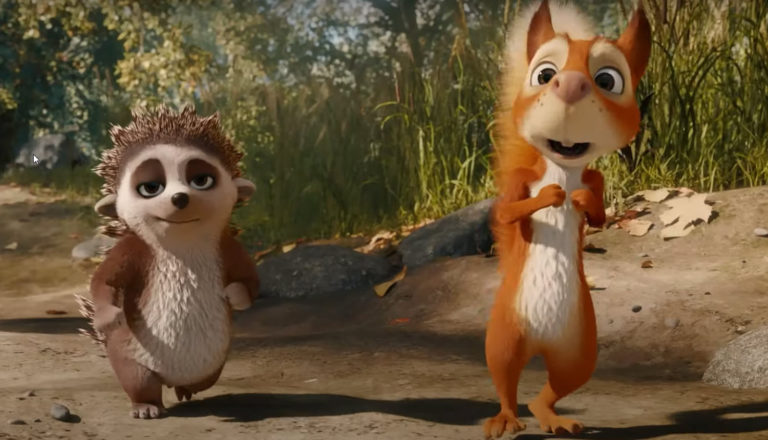