Earwig and the Witch 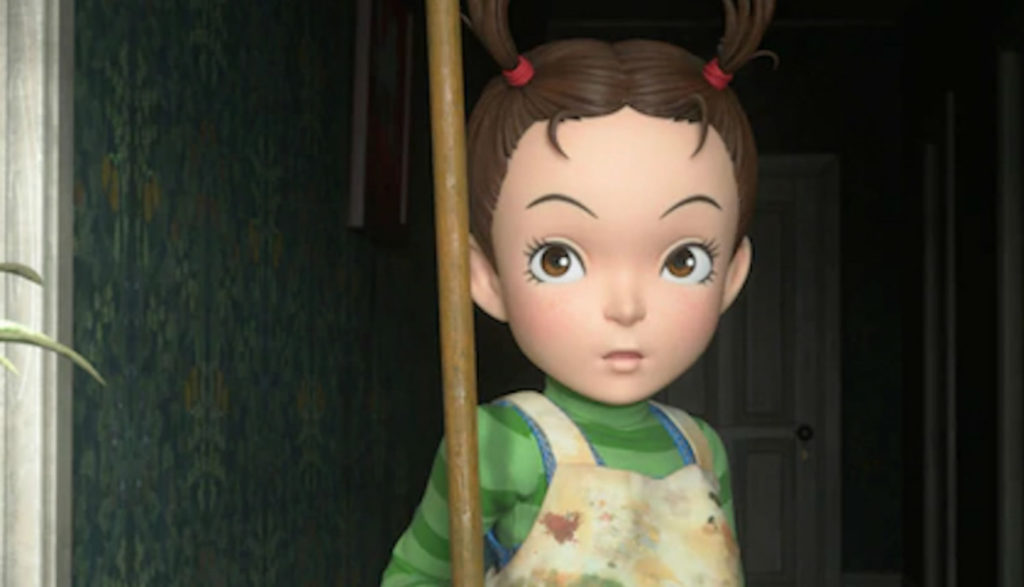 When Earwig was just a wee babe, her mother dropped her off at a children’s home. She left a note explaining that she needed to shake off the 12 witches hunting her down, but that she would one day return to collect her daughter.

The matron of the orphanage, of course, believes that’s all nonsense. After all, there’s no such thing as witches. And she raises Earwig with the hope that one day, the girl will be adopted into a loving home.

Of course, when that day finally comes, Earwig doesn’t want to leave. She quite likes the children’s home: There’s plenty of sunshine thanks to all its large windows, and the cook’s shepherd’s pie is delicious. It also doesn’t hurt that Earwig has the matron wrapped around her finger, catering to her every whim.

But with much groaning and derision, Earwig packs up against her will and heads off to live with Bella Yaga and the Mandrake. And if you think their names are weird, that’s because the matron was wrong: Witches are real, and now Earwig is living with them.

Luckily, Earwig isn’t deterred. Sure, Bella Yaga is constantly threatening to give the girl worms, and the Mandrake is a powerful warlock commanding a small army of demons. But Earwig believes she can make them do her bidding just like she did with the people at the orphanage. She just needs to find the right mixture of cunning, adorableness and just a tiny bit of magic.

Although Earwig can sometimes be a brat—she loves to manipulate adults and boss around other children—deep down, she really is sweet. She prevents her fellow orphans from getting into trouble with the matron and offers genuine compliments to the adults caring for her.

We eventually learn that the reason Bella and the Mandrake are so awful is because they’re lonely. Their best friend abandoned them years ago, and they both miss her. However, Earwig manages to fill the gap left behind. And even though she originally tries to trick the two into doing whatever she wants, she actually develops a good relationship with them, creating a happy little family together.

As I said in the introduction, Bella Yaga is a witch. And for the most part, her spells are harmless. She mixes potions (using plants, dead animals and magical words spoken in a foreign language) for a select clientele to do silly things like win dog shows or make the neighbor’s prized dahlias wither. However, as Earwig learns from Bella’s familiar Thomas (a talking black cat), the threat of worms is very real and quite uncomfortable.

The Mandrake, however, is a slightly different story. All Bella will tell Earwig is that he does dreadful things when disturbed. We see him transform into a large, fire demon when angered, set things on fire and walk through walls. (We also see Bella’s wrecked workshop after she angers him.) However, he dotes on Earwig, commanding his demons (which somewhat resemble fat bats) to bring her food, books and other pleasant things.

Earwig and Thomas manage to create a few spells of their own, smearing their bodies in a protective potion to stop Bella from giving them worms and using a voodoo doll to make the woman grow extra hands from her forehead and back. We also see a woman turn a strand of her own hair into worms to stop the engine of a car (with a magical chomping mouth on the hood) chasing her.

The house that Bella and the Mandrake live in seems to be magical as well. (Earwig is also not surprised when she sees it’s Number 13 on the street.) Doors mysteriously appear and disappear. Sometimes the bathroom next to Earwig’s room actually leads to the Mandrake’s den. The garden plants come to life to prevent Earwig from running away. And even though it appears to be a small cottage from the outside, there are cathedral-like libraries and catacombs within the structure.

The children’s home has a cross on its steeple. Children dress up as ghosts and play in the cemetery, which has several cross tombstones. Earwig reads about a spell to spoil a church fete. People celebrate Christmas. We hear a song about witches, fairies and demons. Two children talk about whether or not Martians are real.

A man and woman almost kiss. One of Bella’s extra hands grabs her backside. It can be inferred that Earwig’s father is not in the picture since he is never seen or mentioned.

Bella Yaga and the Mandrake both grow angry and use their magic to frighten others. Bella magically makes a broom shove Earwig into her room, causing the girl to hit her head hard on the bed frame. Bella also smacks Earwig’s head and slaps another woman in the face.

A girl is nearly hit by a truck. Earwig tells a story about a bell tower with a severed head in place of the bell. She also flicks a boy’s nose. We hear that a boy’s parents were killed in a terrible, “suspicious” fire.

None, though we do hear someone exclaim “oh my gosh” and British phrase “blimey.” We hear some people called “stupid” and “idiots.” And Thomas admits that he tricked Earwig into saying some swear words in an unknown language.

Bella pulls out a bottle of wine for dinner.

Earwig’s desire to be in control is often to the detriment of her friends. She coerces both Thomas and an orphan boy named Custard to help her in shenanigans (which involve lying and stealing) even after they express their discomfort. She purposely gets Bella Yaga into trouble with the Mandrake (though it could be argued that Bella deserved it due to her mistreatment of the girl). She also pinches a man’s belly and tells him to consider dieting.

Earwig tells Custard to make weird faces when adoptive parents come to the children’s home, so he won’t get picked. And when Custard says that he actually wants to find a family, she meanly tells him that nobody will ever want him. Earwig also gets angry when people coming to adopt children obsess over the cute babies, stating that children aren’t dolls or ornaments for their viewing pleasure.

Bella is often cruel to Earwig. She repeatedly tells Earwig that she is only there to be an extra set of hands, forcing the girl to do laborious chores and sometimes even threatening not to feed her if she doesn’t do them well. And when Earwig realizes that Bella wanted a slave, not a foster daughter, she grows angry at Bella for lying to the Matron.

Someone wears a skull t-shirt.

Based on the novel by Diana Wynne Jones, Earwig and the Witch is the latest animated film from Studio Ghibli, a partner of Walt Disney Studios.

It’s definitely an offbeat story. Yes, it’s got some nice moments as Earwig, Bella Yaga and the Mandrake form a very unconventional—but at times genuinely affectionate—family unit. That said, there are two areas that may well give many families pause before viewing this film.

Obviously, witchcraft and sorcery permeate this tale, including the idea of witches and demons. Sure, it’s a pretty cartoony take on those topics. But those ideas are there, nonetheless. Christian families that choose to watch Earwig and the Witch will definitely want to talk about these issues from a scriptural perspective. And while Bella Yaga and the Mandrake are mostly harmless, they also have their moments of cruelty. (Bella Yaga gave me some serious Mrs. Hannigan vibes.)

Viewers should also be cautious of Earwig’s unattractive and self-focused behavior. She does not like being told what to do since she would prefer to do the telling. And the adults she encounters all seem to cave to her desires simply because she’s cute. Granted, she really can be sweet to people (though this is also cautionary since it occasionally feels like she’s just sucking up to them). And she also learns to be a bit kinder to people, giving them things that they want rather than just taking whatever she wants.

All in all, this is not your average animated film. Families determined to watch should be able to navigate Earwig and the Witch’s problematic content. That said, many families may simply decide that Earwig’s content concerns push this story out of bounds for them.